RHEL On Azure: What Took So Long? - InformationWeek

Red Hat Enterprise Linux joins the crowd of Linuxes now available on Microsoft's Azure. It's the last to do so. How soon will OpenShift follow?

After an extended period of negotiation, Red Hat Enterprise Linux (RHEL) has become available on Microsoft's Azure cloud, where they "love Linux" but had previously been unable to offer RHEL.

On Feb. 17, the operating system often used for Linux production systems quietly joined the ranks of Linuxes, including Ubuntu, CentOS, Oracle Linux, Debian, and Novell SUSE Enterprise, already accepted on Azure. It was the last to do so.

For the Azure infrastructure-as-a-service to become competitive with Amazon Web Services, it had to backpedal and wipe away Microsoft's former antipathy to open source Linux, since Linux was running so many Web and data center workloads. Satya Nadella began that process as soon as he could after being named Microsoft's new CEO.

In an October 2014 press conference, Nadella, accompanied by Microsoft executive vice president of Azure Scott Guthrie, assured listeners that not only would Linux play an increasingly important role on Azure, but also that "Microsoft loves Linux. Twenty percent of Azure is already Linux," he said at the time. 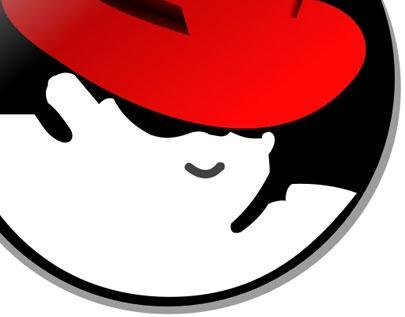 That figure is likely to be much higher now. Corey Sanders, director of program management for Azure, wrote in a blog Feb. 17 that, "more than 60% of our images [in the Azure Marketplace] are Linux-based."

The Marketplace is where third parties sell their pre-configured systems as software-as-a-service on Azure.

"Both Microsoft and I love Linux, and just days after Valentine's Day, I am ecstatic to showcase this love with several new announcements to provide you with even more open choice and flexibility for your cloud deployments on Azure," Sanders wrote. For the first time he was able to add, "and these announcements include Red Hat Enterprise Linux images."

If Microsoft has loved Linux for so long, why has it taken the better part of 17 months to get Red Hat's Linux included on the list? InformationWeek raised that question as far back as that press conference on Oct. 20, 2014, when we asked Nadella, "Why not Red Hat?" We didn't get any detail in the answer, only a repetition of the phrase. Nor is there any explanation in Sanders' Feb. 17 blog.

But a recent interview with Ashesh Badani, general manager of cloud and OpenShift at Red Hat, provided the answer, at least in part.

In 2007, former Microsoft CEO Steve Ballmer and general counsel Brad Smith claimed the Linux kernel violated 42 Microsoft patents, and that the operating system as a whole violated 235 more. At that time, Microsoft signed a special agreement with Novell SUSE, where it subsidized use of SUSE with customer coupons after reaching an agreement on Microsoft patents. Other small Linux vendors signed agreements as well.

Red Hat was wary of all the legal issues raised by the SCO Group, which filed suit against large Linux users AutoZone and DaimlerChrysler for violating its Unix patents. The attack on customers won SCO widespread enmity in the Linux community, and Red Hat didn't wish to get into technical discussions with Microsoft if there was any prospect those old claims could come back to life.

To get RHEL on Azure meant engineering teams would be sharing confidential information. If there was any possibility the legal issues might be revived, Red Hat wanted no part of an agreement, Badani said.

"We need to be able to provide interoperative, cooperative, cross-platform support," if a customer using Azure has a problem while running RHEL on it, Badani said. To provide that, Red Had and Microsoft needed to achieve a trusted business relationship.

At the same time, it had become in Red Hat's interest to reach a rapprochement with Microsoft, not only to get RHEL into Azure, but also to get the .NET languages into its OpenShift development platform. "We have every other language except .NET," Badani noted. OpenShift is a broad set of open source tools and languages that is in a battle for mindshare with Cloud Foundry as a platform-as-a-service offering. Badani wants as complete an offering as possible.

Putting RHEL on Azure is a big step forward but is only the "precursor," Badani said. Red Hat and Microsoft are "doing testing right now" of OpenShift on Azure, but it's uncertain how soon the platform might become available, he said. "Once we get it stood up, it shouldn't take us that long. Some customers are already playing with it on their own," he said.

With containers blurring the lines between infrastructure-as-a-service and PaaS, it's important to Red Hat, with its early ties to Docker containerization, to get into the hands of developers interested in using Docker. It can do that through purely open source options, but there are a lot developers using Microsoft languages on Azure that it wouldn't mind being engaged with.

Most customers have both Windows and Linux in their data centers and thus can ship workloads off in different directions, if they choose. OpenShift first ran on Amazon, so customers are already familiar with that option. Red Hat has been adding expertise in containerizing workloads through OpenShift and can offer a process similar to Google's own, automated Let Me Containerize That For You process to OpenShift users on Amazon.

In addition, Red Hat announced in January that its Dedicated OpenShift, a version that a customer runs on a cloud server, was available on Google App Engine and Compute Engine.

The rapid changes brought about by the cloud and containers are forcing old adversaries to rethink what they're doing. They have to find new ways to cooperate to remain part of the emerging landscape. The Microsoft/Red Hat launch of RHEL on Azure is a sign of how far that process has already been carried out -- and how it will continue to be in the near future.

Charles Babcock is an editor-at-large for InformationWeek and author of Management Strategies for the Cloud Revolution, a McGraw-Hill book. He is the former editor-in-chief of Digital News, former software editor of Computerworld and former technology editor of Interactive ... View Full Bio
We welcome your comments on this topic on our social media channels, or [contact us directly] with questions about the site.
Comment  |
Email This  |
Print  |
RSS
More Insights
Webcasts
Building Asset Management into Your Enterprise Security Strategy
How the Rapid Shift to Remote Work Impacted IT Complexity and Post-Pandemic Security Priorities
More Webcasts
White Papers
SANS Institute Survey: The State of Cloud Security
Gartner: Hype Cycle for Security Operations
More White Papers
Reports
The State of Endpoint Security
Building the SOC of the Future
More Reports

If Microsoft recovers from its attempted assault on open source and becomes its stalwart companion, that will be a valuable lesson to Microsoft business executives for the future. Don't alienate what could become an important part of technology that  you'll have to work with. The developers inside Microsoft, on the other hand, never shared the hostility of the business brass. They understood both open source's value. A lesson Steve Ballmer can ponder while watching the hapless Clippers in L.A.
Reply  |  Post Message  |  Messages List  |  Start a Board
InformationWeek Is Getting an Upgrade!