Salesforce users can now run an app in isolation by using a private network on the multi-tenant Heroku development platform.

Salesforce is making "Private Spaces" on its Heroku development platform generally available after a trial that began last September. The move on Jan. 26 brought an additional set of development options to Salesforce customers who may be looking to combine their online CRM with more of their existing enterprise services.

Heroku is the independent development platform that Salesforce acquired in 2010 for $212 million. The acquisition was puzzling at the time, because Heroku had no existing connection to Salesforce CRM or Salesforce's in-house Force.com development platform. Instead of running inside a Salesforce data center, Heroku ran then and runs now on Amazon Web Services infrastructure.

But a strategy has slowly emerged where the ties between the two platforms have steadily strengthened. Previously, Salesforce customers could write applications on Heroku that could link to data produced by Salesforce SaaS apps. Then they could also tie in external Heroku services to work in conjunction with Salesforce services.

Now they can build these combined operations so that they run in a secure, trusted, and compliant manner, said Brian Goldfarb, senior VP of the Salesforce App Cloud. 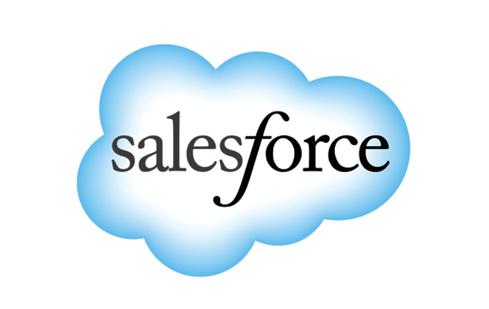 Private Spaces for Heroku Enterprise are similar to the "private cloud" servers and virtual private data centers that AWS and other cloud providers set up for customers who want extra privacy and control inside multi-tenant systems. Heroku Private Spaces are runtime environments for workloads where the networking, routing, and network control plane are dedicated to a single application, rather than shared, Goldfarb explained in an interview.

In effect, adding the Private Spaces option to Heroku Enterprise gives Salesforce customers platform-as-a-service capabilities "for building instantly scalable apps with the trust and control that CIOs need," Goldfarb wrote in a blog post published Jan. 26. Working in Heroku Private Spaces is equivalent to working behind the enterprise firewall, he claimed.

Another blog post from Jan. 26 by Tim Lang, Heroku senior product manager, explained that Private Spaces were a Heroku environment redesigned from the ground up to meet the requirements of sensitive applications. Developers get to use the familiar development tools of the Heroku environment, including Heroku containers known as "dynos" and easily activated links between a Heroku application and code running on Force.com. Unlike Force.com, Heroku offers Ruby and a wide variety of language choices, while the Salesforce platform relies primarily on Apex, a proprietary language.

Before Private Spaces were created, a Salesforce customer using Heroku didn't have a choice regarding where to run a sensitive application, such as one using the firm's customer identification numbers and addresses. It ran in a multi-tenant environment with shared networking and other resources. Even though it functioned as expected, the environment lacked the restrictions demanded by the credit card industry's PCI requirements for using credit card numbers, and by other regulations.

"In a Private Space, you run on a software-defined network that only your application can use," Goldfarb said.

@Charlie: I think Heroku will continue to be a platform that attracts non-Salesforce users and independent programmers. Doing so makes perfect sense for SalesForce.
Reply  |  Post Message  |  Messages List  |  Start a Board

Salesforce is making the Heroku acquisition fit into its grand scheme, but will Heroku continue to be a platform that attracts non-Salesforce users and independent programmers?
Reply  |  Post Message  |  Messages List  |  Start a Board
Editors' Choice
Hot Topics