Some analysts are sounding the death knell for VMware following Dell's planned acquisition of EMC, but don't count out virtualization's stronghold in the enterprise data center.

"The cloud has won. … Game over for (VMware's) software-defined data center. ... Don't go near VMware stock."

I get a sense of déjà vu when I read headlines and conclusions like these from equity analysts' reports as Dell's $67 billion acquisition of EMC takes shape. VMware, 81% owned by EMC, appears to play a major role in Dell's bid for the company.

I agree the cloud has won. Indeed, I tried to point that out in The Cloud Revolution as it went to press way back in 2009. But I don't agree that it's game-over for VMware's software-defined data center. One analyst saying these things, Trip Chowdhry of Global Equities Research, followed Amazon Web Services' Re:Invent show last week and cited the examples of GE reducing 34 data centers to 4 over the next five years and Capital One reducing its 8 data centers to 3 by 2018.

The CIOs of GE and Capital One were Exhibit A at Re:Invent in Las Vegas.

In fact, a cloud data center looks an awful lot like a VMware software-defined data center, and a VMware-based data center has already taken a big step toward cloud-like operations. If all enterprise applications move to the cloud, then yes, it's game over for VMware. But we're also talking about a gradual transformation, not only toward an increased use of the public cloud, but also in how the cloud and the enterprise work together. 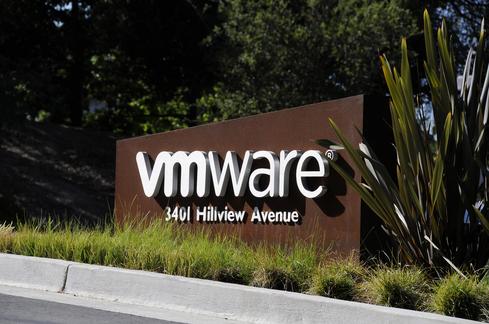 It's a transition that's going to take 10 to 15 years, and in my opinion most successful enterprises will continue to operate one or several data centers.

They'll need to do so for a bulletproof sense that they can maintain their intellectual property and data. While it's a proven concept, cloud computing is still in its shakedown phase. Surprises keep arriving on Leap Day or when lightning strikes, another reason the enterprise data center is going to be around for a while.

If enterprises continue to run data centers, they'll probably use more virtualization software in fewer facilities, because those facilities will be packed with virtual machines and containers linked to similar workloads in the public cloud. It may seem unlikely to some, given the head of steam Amazon Web Services is showing, but many of those hybrid resources will be managed on-premises through a virtualization management console, one that resembles the management capabilities that VMware is building.

That doesn't mean VMware isn't caught in a dilemma.

Its focus on x86 virtualization has thus far cast it in the role of automating legacy systems for the enterprise. It would like to escape that characterization by carving out an expanded role in the public cloud, but that's a tough sell. Customers have to believe that the vendor with above-the-competition pricing in its enterprise data centers will be the best provider of low-cost cloud services.

Amazon, for example, isn't behaving like other vendors who achieve a dominant position and then price their products more aggressively.

"Amazon remains committed to sharing productivity gains with customers and lowering prices," said Adam Selipsky, vice president of Amazon Web Services, in an interview last week at Re:Invent. That is, it's going to continue to make it hard for competitors to make easy profits in the cloud services business. That strategy has been extraordinarily effective at trimming down the field of cloud competitors.

Netflix did this. GE is doing it over the next two or three years, and Capital One wants to do more of it. But when all is said and done, the three remaining Capital One data centers are going to be large, compute-intensive facilities, each doing the work of several facilities that it replaced. The cloud will expand. The number of enterprise data centers will shrink, but the ones that survive will run many more servers than their predecessors. Many -- or all -- of them will be virtual servers.

In that sense, it was perhaps inevitable that VMware's future would be questioned, because it has a lot in common with the IBM mainframe: Its demise is foreseen by everyone, but so many customers continue to use it and add to its workload that its disappearance keeps moving over the horizon.

Unlike the IBM mainframe, VMware is a software company, one that so far has been able to evolve its product lines rapidly. For example, on Tuesday, Oct. 13, at VMworld in Barcelona, VMware introduced vRealize Automation 7, which gives enterprise IT or a DevOps team the ability to generate a graphical blueprint that can lead to a deployable system. On the blueprint a team can identify different parts of an application spread over many machines, then assign the application-appropriate networking and security. The system described in the blueprint will tend to be on-premises, but parts of it can exist in Amazon Web Services or an OpenStack Kilo cloud. The hypervisors involved are likely to be VMware's ESX, but they can also be Microsoft's Hyper-V 2012 R2.

Although some analysts don't seem to see it, VMware has an unrivaled hold on enterprise virtualization. It has pushed virtualization into a larger data center role. VMware CEO Pat Gelsinger, in an August VMworld keynote, noted that there have previously been a number of important technology companies with a seat at the table among C-suite executives.

Today, many of them are gone; VMware is there in their place.

As he looks out on a shrinking landscape of enterprise data centers, Michael Dell acknowledges old technology companies are being disrupted, but Dell, EMC, and VMware may yet prove adept at surfing some of the waves flowing out of the upheaval.