While some wish to view OpenStack as a failure, the open source initiative serves a purpose and is a fit for a growing number of organizations.

Recent news from Rackpace that they’re now offering a new cloud product powered by VMware rekindled discussion about the cloud wars generally, and OpenStack more specifically. Readers will recall that OpenStack, the open source cloud operating system, was jointly created as an initiative by Rackspace and NASA. At the time, many people called it the Amazon-killer. While NASA’s motivations were pure, Rackspace saw OpenStack as a way that it could more readily compete with Amazon Web Services (AWS.)

It might sound crazy now, but back then, just a handful of years ago, there was still the opinion around that Rackspace could compete with AWS as a public cloud vendor. Those were the days before both Microsoft and Google started moving the needle on their own public cloud forays, and while most legacy vendors were still in denial about the cloud.

Roll on to today and the world is a very different place. Almost everyone accepts that AWS is head and shoulders above everyone else when it comes to market share. Microsoft is a distant second but growing rapidly, and Google is valiantly trying to improve upon its third place standing. At the same time, other vendors have tried, and failed, to compete in the public cloud space: IBM acquired Softlayer, but has all but given up on it. HP (now called HPE) introduced, re-introduced, and finally canned, its own public cloud. Even the telcos have retreated: Verizon shuttered its own public cloud, seemingly realizing that resistance to the triumvirate was futile.

Of course, since this is the technology industry, there were numerous twists and turns. OpenStack gathered huge amounts of attention early on, and with that attention came significant startup activity. Venture capital was quick to accumulate and many people were left scratching their heads, wondering how so many companies could hope to be commercially successful off the back of an open source product.

Meanwhile the community, and the product, kept growing. Every OpenStack summit saw an increasing number of attendees, and the number of contributors who helped build the product continued to grow. Commercial interests came to bear and the OpenStack vision morphed and changed as it moved in time with industry trends -- an OpenStack answer to the rise of PaaS. OpenStack’s own Software Defined Networking (SDN) initiative. As always, the flip side of an open source project, that the community dictates its direction, came to pass in this case. 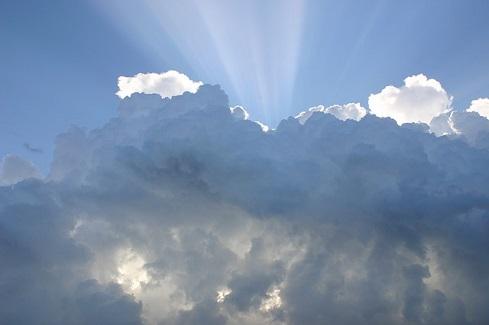 The changing face of OpenStack

Noted commentator Simon Wardley revels in calling OpenStack a “dead duck.” He suggests that OpenStack is fundamentally doomed to failure. Many people agree. But the rationale for prognosticating failure is often that OpenStack hasn’t been used to build out the “AWS killer” as if destruction of the biggest player in the space is the only validation that will satisfy the masses.

This, more nuanced view, is well articulated by Jonathan Bryce, executive director of the OpenStack foundation. While Bryce is obviously biased, his general analysis of the cloud space is valid:

When OpenStack started in 2010, people thought AWS was the only name synonymous with “the cloud” and tried to judge OpenStack through that lens. In 2017 the view misses the much bigger picture we’ve seen develop as the cloud market has changed substantially over the last decade. It's bigger than one vendor or even one consumption model. It’s not even a binary choice between a hyperscale public or DIY private cloud. There's strong demand for managed private clouds, industrial clouds, specialized public clouds, research clouds, NFV and edge computing. OpenStack provides the fundamental infrastructure building blocks that can be applied to these different models.

It’s different, but it’s not dead

Readers shouldn’t mistake Rackspace’s meandering fortunes, and AWS’ continued dominance of the public cloud as an indication of OpenStack’s failure. Neither should they, notwithstanding Wardley’s prognostications, believe OpenStack’s demise is nigh. OpenStack will continue to change and like all open source projects it will continue to balance commercial, communal and industry needs. But OpenStack is here to stay, and fulfilling real-world needs right now.