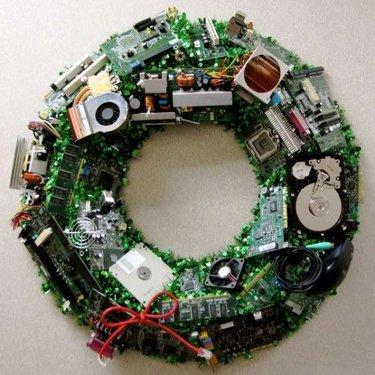 Amazon Web Services offers many tools to help customers manage their servers on its premises. Now it's extending one of those tools, OpsWorks, to manage customers' servers on their own premises.

OpsWorks requires an agent to be installed on the managed system so that it can report local virtual server information to the OpsWorks service, accessed by the Amazon customer through the customer's account. With that agent installed, OpsWorks can manage any system with an Internet connection for the account, whether it's inside an Amazon data center or not.

Amazon acquired the German company Peritor, maker of Scalarium, in 2012, and Scalarium quickly found its way into a new OpsWorks service. Scalarium included four components: auto configuration, auto healing, auto scaling, and one-click deploy. The latter allows an update in source code to be distributed to each server in a cluster with a single click.

OpsWorks was launched in February 2013 with a blog by Amazon CTO Werner Vogels. "With OpsWorks you can create a logical architecture, provision resources based on that architecture, deploy your applications and all supporting software ... and then maintain the application through lifecycle stages such as software updates," Vogels wrote.

[Want to learn more about how AWS is growing? See Amazon Focuses On New Services, Not Price.]

Now AWS has extended OpsWorks' functionality beyond instances created and run in the AWS cloud. Amazon product manager Chris Barclay wrote in a blog post Monday that Amazon customers can now use the OpsWorks service to configure and launch a system either on EC2 or on the customer's own premises. OpsWorks provides a dashboard for monitoring the system, regardless of its location. In effect, Amazon is embracing more of a hybrid cloud style of operations. Where it used to resist the notion that enterprises might want their own private clouds, it now wants customers to use its management tools to span both environments.

The AWS website's supporting information on OpsWorks says users can start with a template that helps specify each component of a system they need, including application server and database setup. OpsWorks can be used to generate a database system through the Amazon Relational Database Service. "OpsWorks can configure any software that is scriptable (that can be linked and initiated through scripting commands) and includes integration with AWS services such as Amazon CloudWatch," Barclay wrote in his blog post.

"Customers with on-premises servers no longer need to operate separate application management tools or pay up-front [system management software] licensing costs but can instead use OpsWorks to manage applications that run on-premises, on AWS, or that span environments," Barclay wrote.

Amazon will charge $0.02 an hour for each virtual server managed through OpsWorks outside the EC2 cloud. There's no charge when using OpsWorks to manage virtual servers in the Amazon cloud, but the usual hourly charges are incurred for the servers and storage used.

Customers could use OpsWorks to update an operating system that is used both on EC2 and on-premises, making it easier to keep up with security updates. OpsWorks can also run custom scripts or Chef recipes and apply them to all servers needing them, instead of manually running update commands on each server. OpsWorks provides controls on who runs the scripts and keeps a history of each script run.

An operations manager can create alarms based on metrics supplied by Amazon's CloudWatch monitoring system or scale up a workload, again based on preset CloudWatch metrics for such things as CPU and memory use or traffic. The scaling can apply to one server or to a server group.

Charles Babcock is an editor-at-large for InformationWeek and author of Management Strategies for the Cloud Revolution, a McGraw-Hill book. He is the former editor-in-chief of Digital News, former software editor of Computerworld and former technology editor of Interactive ... View Full Bio
We welcome your comments on this topic on our social media channels, or [contact us directly] with questions about the site.
Comment  |
Email This  |
Print  |
RSS
More Insights
Webcasts
The Experts Guide to Ransomware Response
Multi-Cloud Data Management for Modern Applications
More Webcasts
White Papers
Global software company contracts with CBTS for Virtual CISO
Managed Threat Detection and Response
More White Papers
Reports
Are We Cyber-Resilient? The Key Question Every Organization Must Answer
Trustwave Global Security Report
More Reports

It used to be you placed your computers in a co-location facility or you placed them in rented wholesale data center space or you simply, or you contracted for a managed service where your system was run by someone else in a remote data center. These are all forms of outsourcing. What Amazon is offering is in-sourcing--keeping virtual machines on your physical servers on premises but managing them through a remote systems management console in the cloud.

It's helpful how you explain it that way. And interesting that Amazon has acknowledged the reality of hybrid clouds -- and found a way it thinks it can make money from them. Amazon's ambition is infinitely scalable.
Reply  |  Post Message  |  Messages List  |  Start a Board

Ha, "Amazon's ambition is infinitely scalable." Acutally, I think Amazon is quite disciplined when it comes to taking automation that it's made to work for itself internally and then externalizing it as a service. When they go into mobile devices, I think that's the minefield on which they'll lose a limb or worse.
Reply  |  Post Message  |  Messages List  |  Start a Board
InformationWeek Is Getting an Upgrade!