Apple has acquired location-based analytics and visualization developer Mapsense. The deal is only the most recent by Apple and other companies looking to scoop up location data visualization startups.

Apple has quietly acquired Mapsense, a location-based mapping and visualization analysis company, in a deal that is reportedly worth $25 million to $30 million.

The deal comes as more organizations look to gain value from vast stores of geographic data, particularly in an age when so many people carry mobile devices, such as Apple's iPhone, that include GPS and other geographic tracking tools.

Recode first reported the deal earlier late last week, and so far Apple has declined to comment on its plans for Mapsense. But it does neatly fit into the industry's increased interest in location-based data.

"In general, we do see an increased trend in the interest for location-based data. All the data discovery vendors from Qlik to Tableau to SAP are trying to improve in this area," Gartner Research VP Cindi Howson told InformationWeek.

Indeed, the most recent Gartner BI Spending Intentions report and Magic Quadrant customer survey, which polled more than 2,000 users of business intelligence and analytics tools, revealed that 23% of respondents already have location-based analytics, and another 34% plan to add them to their analytic portfolio. 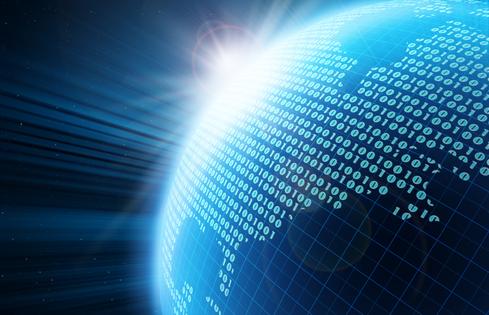 Mapsense is a nearly three-year-old startup that has raised $2.5 million in seed funding and has about a dozen employees. The company has focused on location data visualization that includes a mapping engine, self-serve data analysis, and developer tools in the form of an open-source D3-based Mapsense.js library. Its engine enables developers to create data-driven interactive maps.

The Mapsense acquisition isn't Apple's first attempt at adding this kind of technology. Apple launched its own iOS Maps feature for its iPhone in conjunction with iOS 6 in 2012. It was designed to replace Google Maps on the iPhone, but the app was not quite ready for prime time. It was inaccurate. Cities and landmarks were missing or not labeled correctly, among other problems. CEO Tim Cook published a public apology to customers on the company's website following the release.

But Apple didn't give up, and has since acquired a few other companies prior to the Mapsense deal. In 2013, Apple bought Hopstop, a crowd-sourced map and traffic tool that had been compared to Waze, which itself was acquired by Google earlier in 2013. Earlier this year Apple bought Coherent Navigation, another startup, but one focused on commercial navigation.

Google with its Android OS and Apple with its iPhone are natural fits for such mapping visualization acquisitions, since they collect so much data from their mobile devices' users. They are probably the biggest names making such investments.

But Howson pointed out that other companies have been expanding into the location-based visualization space as well, because interest has accelerated, driven by sensors and the Internet of Things. She pointed to the examples of BMW, Daimler, and Audi acquiring Nokia Here (formerly Navtech) and of Bosch and TomTom partnering on mapping technology for automated driving.

Can Apple's self-driving car be too far behind?

Jessica Davis is a Senior Editor at InformationWeek. She covers enterprise IT leadership, careers, artificial intelligence, data and analytics, and enterprise software. She has spent a career covering the intersection of business and technology. Follow her on twitter: ... View Full Bio
We welcome your comments on this topic on our social media channels, or [contact us directly] with questions about the site.
Comment  |
Email This  |
Print  |
RSS
More Insights
Webcasts
The Experts Guide to Ransomware Response
Multi-Cloud Data Management for Modern Applications
More Webcasts
White Papers
Ransomware Security Breach Summary: Food Production
Improve your business with a Virtual CISO
More White Papers
Reports
Cloud Misconfiguration Mayhem
Dark Reading Report: Battle for the Endpoint
More Reports