CloudFlare is a San Francisco startup that is making a name for itself in serving content to mobile devices and warding off Internet attacks. Now it has $110 million in funding from Microsoft, Google, and others.

CloudFlare isn't exactly a household name, and that's probably ok. CloudFlare sees itself as a background service, one that most Internet users never need to know anything about.

On the other hand, it just received $110 million in funding from five companies that are household names: Fidelity Investments, Google Capital, Microsoft, Qualcomm Ventures, and Baidu (the big Chinese search engine company). Its CEO, Matthew Prince, said earlier this year that it's on a trajectory to go public in 2017, and when it does so, it's expected to have a valuation equivalent to Salesforce when it went public -- $1 billion.

"There's not a rush to go public. But we are definitely on a trajectory that’s inevitable," Prince told the Bloomberg news service in an interview in March.

CloudFlare's Joshua Motta, director of special projects, explained in a Sept. 22 blog post that the six-year-old company will use the $110 million in venture capital to more rapidly expand its content delivery system, which combines high-speed downloads to mobile devices with an ability to thwart various bots, malware, and denial of service attacks. The combination of intelligently routed, optimized content delivery and advanced security features has made CloudFlare a youthful Internet giant. 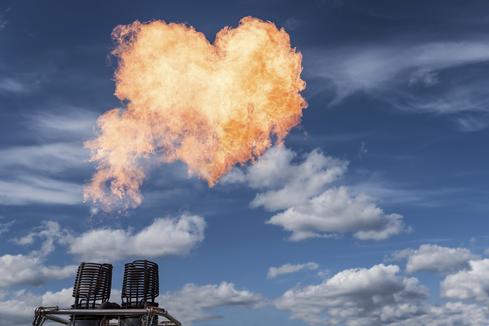 With the added funding, "in 2016 alone we will more than double our global presence, increase the size of our network by an order of magnitude, and with that allow millions of new businesses and online publishers to accelerate and secure their online applications," claimed Motta in the blog post.

In order to use CloudFlare's services, its customers must change their website DNS setting to one that routes traffic through a CloudFlare data center, where the customer's website traffic is inspected and routed to an appropriate content server. CloudFlare inspects browser calls to see whether they carry malware and can analyze the log files of customers' Web servers to spot repetitive activity that signals the presence of a denial of service attack. If it spots such an attack, it can shield the attacked servers and choke it off.

CloudFlare's Rocket Loader loads a website's pages to a mobile device quickly by detecting the nature of the device and recasting the display to fit. Its Rail Gun uses compression to speed the connection between a CloudFlare data center and an Internet content server. It also has CloudFlare IPv6 Gateway, or a way for a website to be compatible with the IPv6 standard without requiring the site to be upgraded to IPv6.

It's a series of innovations that have been in step with the rapid expansion of the use of mobile devices for accessing websites and applications. The San Francisco firm won the Wall Street Journal's innovation award for Network and Internet technology in both 2011 and 2012.

Cofounder Michelle Zatlyn told Elle magazine in June: "We're a company that runs behind the scenes. If we do our job right, people surfing the Internet don't even know we exist."

But the $110 million from Fidelity, Microsoft, Google, Qualcomm, and Baidu illustrates how a set of finance and technology giants know CloudFlare exists. Spent wisely, it may lead to the projected growth, the IPO, and a future where CloudFlare takes its place among the multi-billion dollar Internet giants.

Charles Babcock is an editor-at-large for InformationWeek and author of Management Strategies for the Cloud Revolution, a McGraw-Hill book. He is the former editor-in-chief of Digital News, former software editor of Computerworld and former technology editor of Interactive ... View Full Bio
We welcome your comments on this topic on our social media channels, or [contact us directly] with questions about the site.
Comment  |
Email This  |
Print  |
RSS
More Insights
Webcasts
How Elite Analyst Teams are Transforming Security with Cyber Reconnaissance
ROI and Beyond for the Cloud
More Webcasts
White Papers
How to Prioritize Risk Across the Cyberattack Surface
Universal Internet Connectivity: Reality or Myth?
More White Papers
Reports
The Future of Multi-Cloud Networking 2020
How IT Security Organizations are Attacking the Cybersecurity Problem
More Reports

Microsoft and Baidu keep showing up in the same places. Microsoft normally promotes its search engine, Bing, but in China, it made Baidu the default search engine for Windows 10. What do you think that was about? Well, Baidu is replacing Google in China and what better ally to have on the mainland than that?
Reply  |  Post Message  |  Messages List  |  Start a Board

"Well, Baidu is replacing Google in China and what better ally to have on the mainland than that?"

@Charlie: That goes with the classic saying: Enemy of my enemy is a friend. Baidu and Google were in conflict in China and Microsoft had to befriend Baidu to take advantage here and not let Google win.
Reply  |  Post Message  |  Messages List  |  Start a Board


"But the $110 million from Fidelity, Microsoft, Google, Qualcomm, and Baidu illustrates how a set of finance and technology giants know CloudFlare exists. Spent wisely, it may lead to the projected growth, the IPO, and a future where CloudFlare takes its place among the multi-billion dollar Internet giants"

While getting the funding may be a big news, it also adds a lot of pressure on the company to perform and meet the expectations. Each investor becomes a watchdog who look out for their interest and how the company is proceeding. The promise of a great returns is there, but not without greater risk.

10 IT Trends to Watch for in 2021 Cynthia Harvey, Freelance Journalist, InformationWeek,  12/22/2020
White Papers
How to Prioritize Risk Across the Cyberattack Surface
From MFA to Zero Trust
Presenting Your Cloud Security Strategy to the Board
Transforming the Corporate WAN: Enterprise Network Insights
Threat Intelligence Solutions: A SANS Review of Anomali ThreatStream