Past surveys of programmers by Evans Data have revealed increasing use of such languages as Python and Node.js or shown how the use of in-memory databases was growing rapidly. Its most recent North American survey shows a high level of awareness among developers of both DevOps and continuous delivery of new code.

It also shows a high degree of awareness that DevOps and continuous delivery are most likely to occur with the help of cloud-based tools or when operating in cloud infrastructure. Seventy-seven percent said their continuous delivery effort was executed either primarily or entirely through the cloud, while 18.8% said it was primarily done through on-premises infrastructure.

Continuous delivery is a process where new code, after function tests, is automatically tested for the environment in which it is to be run and then uploaded into a production system. The automated testing is thorough enough to ensure the code won't break the production system. The process allows frequent, small updates to website e-commerce systems and mobile apps that may need to change frequently in response to business needs.

The Evans Data survey was conducted earlier this fall, and the report was issued Dec. 8. It only raised the continuous delivery question with those developers who had previously indicated they were involved in using DevOps, where the barriers between the development team and operations team are removed and processes put in place for the two to communicate directly. 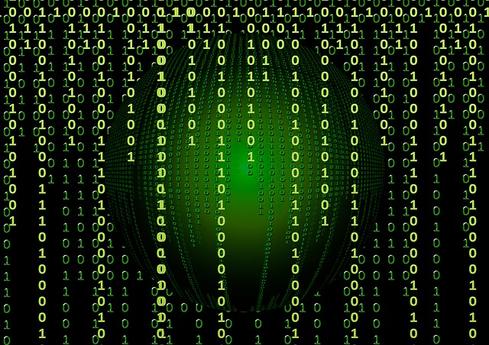 Both continuous integration and continuous delivery, two related steps in DevOps, have been at the forefront of the discussion as agile programming takes hold in enterprise IT staffs. The ability to produce, then change, production application code rapidly led to collisions with IT operations as they sought to maintain the stability of their environments. Continuous delivery is a kind of follow-on movement to agile programming, seeking to not lose its advantage of speed and business user feedback in the operational updates that must follow.

There's been no requirement of cloud infrastructure or cloud services for DevOps to take place. But this release of the second 2014 North American survey emphasizes how cloud computing, DevOps, and continuous delivery are beginning to be viewed as parts of a related whole.

The report, titled "North American Development, Volume II, 2014," found 80% of respondents believe that DevOps is important to their organizations; 6% said it was not important. By a similar margin, 86% said continuous delivery was important.

About 65% reported various degrees of engagement with other facets of DevOps. They typically worked for midsized companies with 100 to 1,000 employees. Some 22% said they had no plans to implement DevOps; the executive summary of the report did not characterize the 22%.

Developers perceived the benefit of continuous delivery to be a simpler, more rapid deployment than that offered by their previous programming experiences. They said it removed manually executed, repetitive tasks, "streamlined" bug resolution, and offered better visibility into project components across development and operational teams. As a result, developers and operational teams are perceived as the main beneficiaries. Experts in the field also say the business as a whole gains in its ability to respond to competitive challenges.

The median age of developers in the survey was 37, or younger than in previous North American surveys, but not as young as developers tend to be in the Asia/Pacific region. In a similar vein, they report they have 10 years of experience in the field, a decline from previous surveys, indicating that more young developers are entering the profession. Many of the respondents had job titles indicating they are team leaders or have project management responsibilities.

Charles Babcock is an editor-at-large for InformationWeek and author of Management Strategies for the Cloud Revolution, a McGraw-Hill book. He is the former editor-in-chief of Digital News, former software editor of Computerworld and former technology editor of Interactive ... View Full Bio
We welcome your comments on this topic on our social media channels, or [contact us directly] with questions about the site.
Comment  |
Email This  |
Print  |
RSS
More Insights
Webcasts
4 Practical Tips for Building a Data Lake
Multi-Cloud Data Management for Modern Applications
More Webcasts
White Papers
Guide to Enabling 5G Deployments
Top Serverless Security Risks and How to Mitigate
More White Papers
Reports
A Practical Guide to Enabling 5G Deployments
Cortex XDR Rides the Forrester Wave as a Leader
More Reports
Copyright © 2021 UBM Electronics, A UBM company, All rights reserved. Privacy Policy | Terms of Service