Equinix is making F5 Networks' Silverline protection available in a handful of its International Business Exchange data centers. Silverline can detect the launch of an attack as it makes use of the network and take steps to mitigate it in real-time.

Distributed Denial of Service (DDoS) attacks are among of the oldest Internet threats to business operations, but they haven't diminished over the years. In fact, DDoS attacks are getting stepped up to a more significant level, flooding a site's Web servers, its communication channels, and its ability to process application requests. To make matters worse, such attacks are costing more than ever to remediate.

According to Lockheed-Martin spinoff Neustar, a firm offering DDoS protection, 73% of global brands suffered a significant DDOS attack in 2015.

In one example, a group calling itself New World Hacking claimed to have launched a 602-gigabit-per-second DDOS attack against the BBC on New Year's Eve 2015. The claim proved exaggerated when Internet traffic monitors reported they could not detect the surge in traffic, which should have been evident on network segments being used for the attack. Nevertheless, attacks as large of 300 Gbps have been recorded, and such attacks would overwhelm many enterprise defenses.

Tools and parties with knowledge to launch such attacks are available at commodity pricing on the Internet. It's the era of DDOS-as-a-Service, according to a blog post by FlowTraq CEO Vincent Berk.

This map will even show you where the worst attacks are currently underway.

There are many remedies available, and one of the latest -- from Equinix -- claims to be able to detect DDoS attacks as they are launched and cut them off before they can do any damage. The protection isn't installed in the data center. It exists as a service in a handful of the Equinix data center hubs that provide connections to a wide variety of telecommunications carriers. 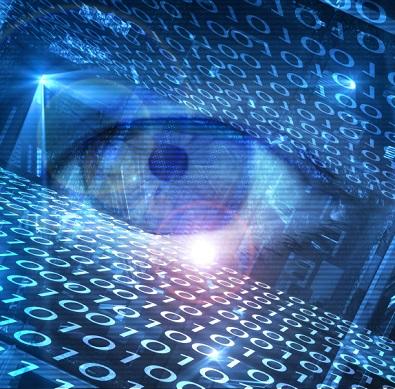 Equinix is making F5 Networks' Silverline protection available in a handful of its International Business Exchange data centers. Silverline can detect the launch of an attack as it makes use of the network. As it does so, it applies "leading attack mitigation methods and bandwidth to stop even the largest of volumetric DDoS attacks," according to a May 25 Equinix announcement.

According to Equinix, the service can scrub "hundreds of gigabits per second" of malicious data out of a company's traffic stream after the data has been launched as a DDoS attack. It then isolates the attacker's traffic.

The new service will be available in Equinix's US data centers in Silicon Valley and D.C., and also in Singapore and Frankfurt. All of those locations offer the Equinix Cloud Exchange, which lets a business customer access a hub and connect to the cloud provider of choice over a high-speed private line. Silverline inside the Cloud Exchange can build defenses faster and to a higher scale than similar services being supplied over the Internet or via Level 2 VPN, according to Equinix spokesmen.

In addition to attack detection and mitigation, the automated service is backed up by continuously available experts in mitigation and recovery in the F5 Security Operations Center.

Equinix operates approximately 100 IBX data centers around the world in major markets. There is an Equinix data center in Ashburn, Va., for example, where Amazon Web Services decided to locate its major operations for the eastern region of the US. Equinix is a provider of Amazon's Direct Connect high-speed private line service.

There are several Equinix centers in the New York City area, L.A., Chicago, Seattle, Silicon Valley, and locations around the world. The company didn't say how of its many IBX centers might someday host Silverline DDoS protection services.

This type of service would be a game changer for the company if effective. I am assuming the technology is proprietary to their centers on and not available for purchase by other vendors. Are there any guarantees of service that accompany the promise; if someone gets through with DDos attack is there some kind of compensation?
Reply  |  Post Message  |  Messages List  |  Start a Board
InformationWeek Is Getting an Upgrade!