If you could compare the in-house costs of a virtual machine to the cost of using a virtual machine in the cloud, how would that change your IT decisions? Would it influence your business decisions? Those are the question that First American Corp., a national title insurance company, sought to answer when it deployed the Apptio IT cost analysis tool.

Apptio, an eight-year-old firm, has established metrics contained in the Technology Business Management (TBM) Unified Model for measuring the expense of IT functions and units of work. It counts Kaiser Permanente, Goldman Sachs, and a third of the Fortune 100 among its customers. It sponsored the TBM Council to oversee implementation of the model and give it an industry-wide measure of approval as a de facto standard. Through its combined analysis of data center resources, operations and budget, Apptio's Cost Transparency tools can assign costs to functions and applications.

Apptio, which has been capturing and analyzing Amazon Web Services billing data, recently added the same capabilities for Microsoft Azure cloud. Its Cost Transparency for Azure software-as-a-service (SaaS) offering came out of beta to become generally available Feb. 4. First American participated in Apptio's beta release of Cost Transparency for Azure and influenced the final direction it took before its general release, according to Apptio spokesmen. Over the past year, First American has become predominantly a Microsoft Azure user, and it cut back its early and limited use of AWS. 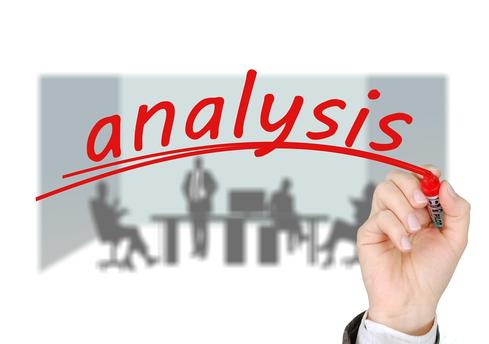 Cost Transparency is one of the few tools for measuring both external and internal IT value based on the amount of work done. Amazon and Microsoft Azure are two of the three largest and fastest growing cloud service suppliers, with the Google Cloud Platform the third member of the triumvirate, according to Gartner's Lydia Leong. Amazon is the leader in market share by a wide margin.

First American has an IT staff of 1,000 in a compute-intensive business, where tracking application costs and knowing the business value of an application are important to business and IT executives alike. As an implementer of Cost Transparency, First American had a clear idea of the value of its move to virtualization on-premises over the past four years, compared to the use of physical servers.

The cost of a server had dropped by 40% as First American consolidated applications on data center hosts. In its first year of measuring virtualized apps versus bare metal operations, it concluded it had saved more than $2 million in IT expenses, said Chuck Niethold, VP of IT project and portfolio management, in an interview with InformationWeek. As its use of the Azure cloud grew over the past year, First American also wanted to know how those on-premises costs compared to virtual machines on Azure. "Now we've added that third element (cloud virtual servers)," said Niethold.

As the beta period closed down on Cost Transparency, First American loaded four months of billing information from Azure into its analysis service and started evaluating it. It's too soon to say how much a virtual machine on Azure saves over the same application running on-premises. But Lance Warner, senior architect/director of IT infrastructure at First American, said he's sure that there's an additional savings indicated in the early data. It depends on the individual application, said Warner, who told us he wouldn't be surprised if IT is saving another 20% in expenses by running on Azure.

One way those savings materialize is in the willingness of business users to shut systems down at the end of each workday, say around 7 p.m. When the cloud meter is running by the minute, departments know they can trim their IT costs by turning virtual servers off. When servers were on premises, they tended to run for longer periods, if not 24 hours a day, Warner said.

Niethold said getting Apptio metrics and reporting into the First American IT operation has helped IT align with the business and engage business managers in an ongoing assessment of costs. Some departments were skeptical of virtualization at the start. But after documenting savings in implementation, Niethold was able to go to another with a projection of what its savings would be.

"I could say, 'Hey, I can lower your costs by 40%. Without that data, it was harder to get people to move," he recalled.

Over the past year, First American's use of Azure has mushroomed from $500 a month to $300,000, and he expects to have similar conversations with business managers in 2015 about the potential of cloud use. His staff knows the expense for a certain application running in a virtual machine on-premises. When it makes sense to, he can point out to his counterpart in the line of business what the potential savings might be on Azure.

"Without that baseline in place, we wouldn't know if there's an advantage in moving to the cloud or not," he noted.

Niethold said he was able to document how First American saved several million in its IT budget as it moved to virtualization. He added that he plans to use Apptio to further document the gains as First American moves further onto the Azure cloud. In the past, IT and business departments sometimes differed over how much individual projects would cost to build and run. Now, IT development teams and operations "have become a better business partner. We can talk in their language. We want to do this," said Niethold.

The conversation with business managers that ensues will be between parties who have come to know and trust each other's estimates of costs.

That conversation is also more likely to occur because business managers have full access to Apptio reporting and online services. They can check up on the progress of projects themselves. "They don't feel like we're hiding anything. It's definitely improved the relationship," Niethold said.

Charles Babcock is an editor-at-large for InformationWeek and author of Management Strategies for the Cloud Revolution, a McGraw-Hill book. He is the former editor-in-chief of Digital News, former software editor of Computerworld and former technology editor of Interactive ... View Full Bio
We welcome your comments on this topic on our social media channels, or [contact us directly] with questions about the site.
Comment  |
Email This  |
Print  |
RSS
More Insights
Webcasts
4 Practical Tips for Building a Data Lake
The Experts Guide to Ransomware Response
More Webcasts
White Papers
Guide to Enabling 5G Deployments
Ransomware Security Breach Summary: Food Production
More White Papers
Reports
Protection Strategies for a Cyber-Resilient Organization
The State of CCPA 2021
More Reports