The promise of unlimited online file storage appears to be appealing to business customers. Google Drive for Work, which launched in June at the Google I/O developer conference, is attracting enterprise clients at a rate of 1,800 per week, the company plans to announce on Thursday.

The price of storage has finally become cheap enough that Google can offer unlimited storage and still have a business model, said Scott Johnston, director of product management for Google Drive, in a phone interview. "There's no asterisk there," he said. "It's not, 'call us when you run out.'"

Unlimited storage is limited by other factors: Who has unlimited bandwidth, unlimited files, or unlimited time? But perhaps its most salient limitation is that cloud storage companies have limited funding. Although Google might have found a business model that allows it to offer business customers unlimited storage for $10 a month, it's not clear whether early entrants into the cloud storage market can manage that feat.

Box and Dropbox, among others, are trying, each offering unlimited storage, too. But the major platform players -- Apple, Amazon, Google, and Microsoft -- have all turned their attention toward improving their cloud storage services, leaving other vendors with a differentiation and pricing challenge.

Henry Baltazar, an analyst with Forrester, contends the cloud storage business model involves creating opportunities to sell related services. Amazon, Google, and Microsoft, he said in a phone interview, "don't have much intention to make money on storage. Storage is just a means to get to other revenue streams."

Endless storage might attract attention, but Johnston says Google has been focused on the aspects of cloud storage that matter to business customers. Google Drive launched two years ago following the company's standard playbook, Johnston said, "focusing on consumers because businesses are just collections of consumers."

By targeting the consumer market first, Google can achieve a level of scale that provides important lessons for the company about what's working and what isn't, Johnston said.

The scale of Google Drive as measured in active users amounts to 190 million, according to Johnston, who adds that Drive was available 99.985% of the time in 2013. That's less than 90 minutes of downtime last year. 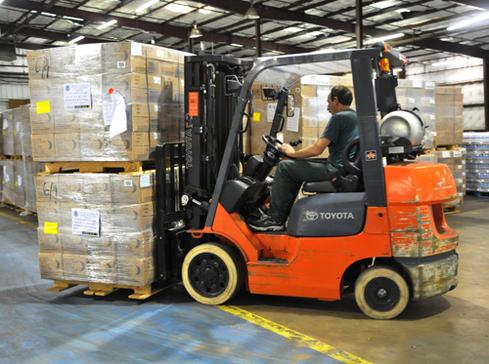 To make Google Drive for Work ready for business use, Johnston says Google focused on three areas. The first involves eliminating as much work for the administrator as possible and removing limits on the end user. "When people have to think about whether they can put something in the cloud, they typically don't," he said.

Google's second area of focus has been providing visibility and control in the move to the cloud. That's meant providing administrators with synchronization control, audit logs, and reporting, so it's clear where content is and how it's being shared, said Johnston. Google's engineers also implemented an API to allow companies and integration partners to create custom services, such as alerts when documents with specific keywords are moved. Customization is critical to businesses because businesses have different needs.

Third, Google has tried to address cloud security concerns, not an easy task given the damage done to the cloud computing industry by the documents leaked by Edward Snowden last year. As a consequence of the revelations in those documents, the Information Technology and Innovation Institute, a technology think tank, last year projected that US cloud service suppliers could lose $22 billion to $35 billion in business to European competitors in the next three years.

Google and its peers have been pushing for broader use of encryption to counter the impression that the cloud is simply a convenient way for government intelligence services to view people's files. Johnston says Google Drive files are encrypted in transit between Google data centers, between user devices and Google data centers, and at rest on Google servers. Although this is not as secure as customer-controlled encryption keys, Johnston insists only a minority of businesses express interest in controlling their own encryption keys. "Typically, that isn't a concern," said Johnston. "There's also a tradeoff in... how much value we can provide in terms of content discovery [when the customer controls the encryption keys]."

Thomas Claburn has been writing about business and technology since 1996, for publications such as New Architect, PC Computing, InformationWeek, Salon, Wired, and Ziff Davis Smart Business. Before that, he worked in film and television, having earned a not particularly useful ... View Full Bio
We welcome your comments on this topic on our social media channels, or [contact us directly] with questions about the site.
Comment  |
Email This  |
Print  |
RSS
More Insights
Webcasts
Building Asset Management into Your Enterprise Security Strategy
Managing a Hybrid Cloud Infrastructure
More Webcasts
White Papers
5 Reasons to Protect your VPN with Multi-Factor Authentication
SANS 2021 Cyber Threat Intelligence Survey
More White Papers
Reports
Tech Insights: Detecting and Preventing Insider Data Leaks
Are Unprotected Cloud Databases Leaking Your Data?
More Reports

It's both. Some of the recent adopters include Chico's (retailer), Rockwell Collins (aerospace), Travis Perkins (building materials), and OVS (apparel). Google has enough of the enterprise requirements taken care of to serve as a primary cloud storage provider, though I believe few just toss on-premises investments and jump to the cloud.
Reply  |  Post Message  |  Messages List  |  Start a Board

@Thomas: do we know any more about the businesses that are implementing Google Drive For Work? I'm particularly interested to know whether the folks who are making the decision actually work in IT, or whether these decisions are being made at the line-of-business level.

It seems to me they're targeting any business user or team of users, and there's very little tech knowledge needed to interact with Google For Work.

If this is the case, I can see true governance, risk and compliance issues cropping up for organizations as business users "go rouge" without understanding the implications of signing on for the service.

Any advice on how enterprise IT should prepare for this?