Google I/O: Pressure Is On - InformationWeek

Amazon, Apple, and Samsung all made moves this month to neutralize Google. Here are four things the Internet titan should do at Google I/O this week to fight back.
Google I/O 2014: 8 Things To Watch
(Click image for larger view and slideshow.)

There may have been a lot of Google execs gnawing away at their fingernails last night, unable to sleep. I doubt they were pondering whether they're too paranoid about the competitive landscape. Not bloody likely, not after the way June has played out for them. You're not paranoid if everyone really is out to get you, as the saying goes. And if competitors have made anything clear this month, it's that they all are gunning for Google.

This month, Amazon, Apple and Samsung -- three of the biggest names in the mobile ecosystem -- all updated their respective developer communities with product and platform plans, and the thread that hems their stories together is this: They're all hard at work shooing Google from their products.

Naturally, all three would be giddy if the other two faded from view. But for now at least, they have a bigger fish to fry. In fact, Apple actually peppered its June announcements with the time-tested "enemy-of-my-enemy" ideal: they picked Bing, the search engine from long-time rival Microsoft, to power Spotlight, the built-in search front end that's coming with iOS 8. 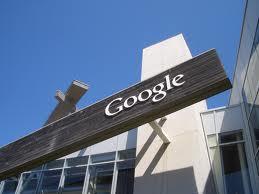 Samsung, the largest smartphone supplier that also happens to ship more Android devices than any other, unveiled the first-ever smartphone based on Tizen, an open-source alternative to Android. And Amazon's new "buyPhone" (Amazon calls it the Fire Phone) sees to it that consumers shop with its commerce engine, not Google's.

Taken together, the developments should sound alarms at Google. There are untold billions at stake for the winner in the battle for our attention on mobile platforms. Whoever has our attention is best positioned to sell us stuff when we're ready to buy. That's why they all invest so much to develop new hardware platforms and services to run on those platforms. Everything that's happened in June so far is conspiring to divert attention away from Google products and services, making it less likely that Google will be the one to profit on the commerce that the three competitors' hardware generates.

If he who laughs last truly does laugh best, then it seems that the calendar gods have smiled upon Google. For they have anointed Big Daddy G, the veritable Rose Bowl of mobile platform players, a one-of-a-kind opportunity to make the last pitch before the summer season at the Google I/O developer conference, which begins this week in San Francisco.

Is Google ready for the opportunity? We'll find out soon enough. If it were me, I'd set my sights on impressing the developers in these four critical areas: the Android OS; Android Wear, the targeted wearables variant; Search in general, and Maps in particular; and music streaming.

-- Android is due for an update. We just heard from Apple about all the features it's cramming into iOS 8. Apple says it is adding 4,000 new APIs -- the most since the company first opened the iOS app store. Some of them are bundled in HealthKit, which helps prime the pump for the rumored Apple wearables presumably coming this fall. There's also HomeKit to enable home control apps -- a move that signals Apple will be mounting a challenge Google's Nest acquisition. Given all that, Google would be well served by a major release to follow Android 4.4, or KitKat. An update that puts some air between Android and its rivals could go a long way toward easing the impact of the three rivals' advancements.

-- Android Wear advancements -- not to mention a new device or two to re-inject some excitement into the wearables segment -- would help ahead of the Apple iWatches expected in October.

-- Maps and Search enhancements also would help thwart Apple's attempts to knock Google out of its platforms. Apple and Amazon both showed off some cool 3D map features. If Google has anything up its sleeve in these areas, I'd pull it out this week.

-- Google needs to make a move in music streaming, which has been rising quickly as a service that grabs and holds our attention on mobile devices. Amazon this month unveiled its own streaming service, called Prime Music. And Apple, of course is busy finalizing its acquisition of Beats. Last Friday, Google disclosed that you can now search for an artist or band and play their music without leaving the Search function. That's not a big announcement. But it does signal, at the very least, that music streaming may become a priority at Google too.

A few big moves in these areas could help erase some of the advancements the others made this month. And that, in turn, might help Google execs get some sleep this summer.

I would love to see Google surprise everyone with a breakthrough wearable. I don't expect any skydivers this year though. They have set that wow factor pretty high for themselves at all future keynotes.
Reply  |  Post Message  |  Messages List  |  Start a Board

Agreed Drew. The beef with Apple products forever, the Fire phone, and Tizen all center around one theme: lock in. If Google is smart it'll smile and point that out.
Reply  |  Post Message  |  Messages List  |  Start a Board
InformationWeek Is Getting an Upgrade!