Computer researchers from Google, working with physicists and chemists from the University of California at Santa Barbara, the University of the Basque Country, and the Basque Foundation for Science in Spain have combined two approaches to quantum computing to make the technology more useful and more suitable for commercialization than was previously possible.

Quantum computing utilizes the peculiar characteristics of quantum mechanics. In a digital computer, a bit can be either a 0 or 1, off or on. In a quantum computer, qubits can hold a 0 and a 1 simultaneously, and they can also be superimposed, creating a greater range of states and making computation faster. By taking advantage of quantum mechanical properties such as superposition and entanglement, qubits can perform certain kinds of calculations at remarkable speed, just as a GPU can outperform a CPU for specific tasks.

Such numbers-crunching agility has potential to crack encryption keys, to accelerate machine learning, and to perform complex simulations that would bring conventional systems to their knees. But it has proven to be difficult to implement.

[Can a company called D-Wave deliver on the promise of quantum computing? Read Google, NASA Bet on Quantum Computing.]

A Canadian company called D-Wave has a different kind of quantum computer, an analog device. It features 1,000 qubits, for about $15 million, but it is designed specifically for adiabatic quantum computing (AQC), making it useful only for specific types of calculations.

Google happens to own a D-Wave machine. Now its researchers have demonstrated an approach to quantum computing that combines the advantages of digital and analog systems.

Digital quantum computing allows for robust error correction, but it requires custom algorithms. Analog quantum computing can be generalized to deal with different algorithms more easily, but is limited by errors that accumulate in the system and by other factors. 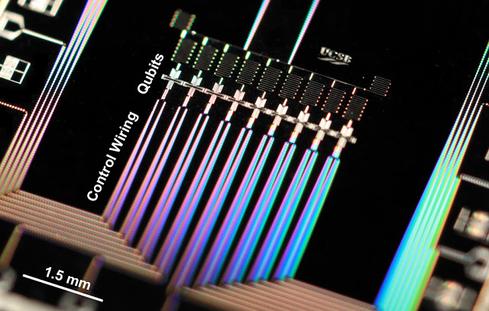 Such errors prevent quantum computing from being applied to many of the problems computer scientists want to solve, said Google quantum engineers Rami Barends and Alireza Shabani in a blog post:

The crucial advantage for the future is that this digital implementation is fully compatible with known quantum error correction techniques, and can therefore be protected from the effects of noise. Otherwise, the noise will set a hard limit, as even the slightest amount can derail the state from following the fragile path to the solution.

In their paper, the researchers said they hope their work accelerates the development of quantum computing and encourages further research.

Thomas Claburn has been writing about business and technology since 1996, for publications such as New Architect, PC Computing, InformationWeek, Salon, Wired, and Ziff Davis Smart Business. Before that, he worked in film and television, having earned a not particularly useful ... View Full Bio
We welcome your comments on this topic on our social media channels, or [contact us directly] with questions about the site.
Comment  |
Email This  |
Print  |
RSS
More Insights
Webcasts
Monitoring the Invisible - Digital Experiences in a Zero Trust World
Leveraging Infrastructure as Code to Streamline Security & Operations
More Webcasts
White Papers
Today's Hybrid Work Model Requires a Hybrid Approach to Security
How Secure Are Your Endpoints?
More White Papers
Reports
Incident Readiness and Building Response Playbook
The Infoblox Q1 2021 Cyberthreat Intelligence Report
More Reports