Intermedia already offers Exchange as a hosted service out of its 11 data centers. It will add 11 Amazon regions to those facilities to give its hosted Exchange service a worldwide reach.

Rackspace is also a large supplier of hosted Exchange email services, but Intermedia claims to be one of Exchange's biggest providers, second only to Microsoft itself, said Bob Leibholz, senior vice president of business development, in an interview prior to the January 13 announcement.

Intermedia began offering hosted Exchange in the year 2000. It now has 70,000 small, medium, and large business customers, most of them users of its multi-tenant service, Leibholz said. 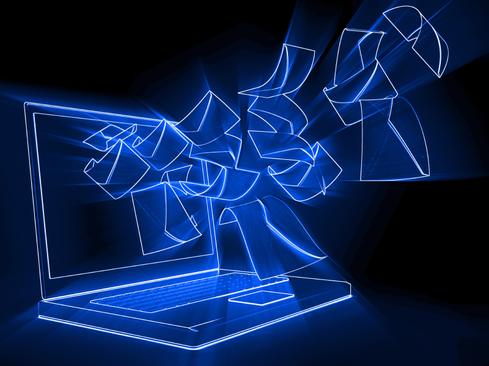 The Dedicated Microsoft Exchange on AWS, on the other hand, is aimed at larger customers, specifically companies that wish to customize their email service and ensure it meets strict compliance standards. Intermedia will provide them with host physical servers whose use is limited to one customer.

Amazon users, of course, may establish their own Exchange group email servers in the cloud if they choose to, but Intermedia is offering to take over the task of managing the servers, keeping them running and updated with the latest versions of Exchange. It offers a 99.999% availability service level agreement.

Dedicated Microsoft Exchange on AWS will be offered at rates that range from $12 to $16 per user per month. (Multi-tenant Exchange service from Intermedia is $7.50 per user/month.) The per-user charging is different from the typical AWS monthly bill, which is based on how much compute time each customer has used.

"We've broken Amazon's per hour charging down and charge customers on a much more predictable basis," Leibholz said.

One of the key elements of the Intermedia offering is its assistance in migrating enterprise Exchange systems into the cloud. Instead of leaving setup to customers, Intermedia offers to do it as one of its "core differentiators" from other online email suppliers.

Leibholz said Intermedia has a number of proprietary tools to migrate user mailboxes from one Exchange system to another on a reliable basis. "We've taken on that risk. Most of the time, the customer's users don't know that their mailbox has been migrated."

Intermedia's data centers, through which it will continue to offer single- and multi-tenant Exchange services, are mostly in the US. It has two in Bellevue, Wash.; two in the Denver area; one in Bergen County, N.J.; one in Vienna, Va.; two in the San Jose/Santa Clara area of Northern California; one in Vancouver; one in Sydney; and one in Slough, England.

Amazon has data centers in Tokyo, Frankfurt, Dublin, and other locations around the world where Intermedia is not located. The AWS platform has compliance certifications that make it usable with HIPAA and FINRA regulations, among others.

[Want to learn more about Amazon's launch of WorkMail? See Amazon WorkMail a Challenger to Google.]

Leibholz said Amazon welcomed Intermedia and its interest in delivering Exchange email on its platform. "I wish all our partnerships could run as smoothly as it has with AWS."

An Intermedia whitepaper on the concept of dedicated Exchange email servers in the cloud is available through the company's website.

Charles Babcock is an editor-at-large for InformationWeek and author of Management Strategies for the Cloud Revolution, a McGraw-Hill book. He is the former editor-in-chief of Digital News, former software editor of Computerworld and former technology editor of Interactive ... View Full Bio
We welcome your comments on this topic on our social media channels, or [contact us directly] with questions about the site.
Comment  |
Email This  |
Print  |
RSS
More Insights
Webcasts
The Changing Face of Threat Intelligence
Why Performance Testing is More Critical Today
More Webcasts
White Papers
Getting The Right Cloud Management
The Value of Threat Intelligence with DomainTools: Identify Threats 82% Faster
More White Papers
Reports
State of Endpoint Security: How Enterprises Are Managing Endpoint Security Threats
The Definitive Guide to Managed Detection and Response (MDR)
More Reports

I think Microsoft, Google and Amazon all think an easy email service in the cloud might be the key that attracts companies and their employees to tap into other end user services from the cloud. Amazon would like to be signing up users of virtual desktops -- Amazon Workspaces.
Reply  |  Post Message  |  Messages List  |  Start a Board
Editors' Choice
Hot Topics