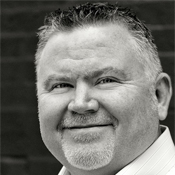 As Oracle integrates OpenStack cloud with its technologies, the community asks: Will Oracle really embrace the open-source code spirit?

Despite recent pessimism, Oracle on Wednesday announced significant new support for OpenStack in an extremely ambitious manner, pretty much saying that it would support OpenStack as a management framework across an expansive list of Oracle products.

I don't think you can get much more validation of OpenStack's importance in the future of the enterprise data center than this endorsement. Remember, Oracle is the company that trumpeted a "cloud" strategy that was, in effect, to recreate IBM's mainframe heydays of the 1960s. Oracle is the epitome of a traditional enterprise vendor and to have it announce this level of support for OpenStack is astonishing.

Obviously, the first, most-important question in all of this is: Can Oracle engage positively with the open-source meritocracy that OpenStack represents? Admittedly, at first blush it's hard to be positive, given Oracle's walled-garden culture.

Oracle essentially ended OpenSolaris as an open-source project, leaving third-party derivatives of OpenSolaris (such as those promulgated by Joyent and Nexenta) out in the cold, having to fork OpenSolaris to Illumos. Similarly, the open-source community's lack of trust can be seen ultimately in the forking of MySQL into MariaDB over concerns about Oracle's support and direction of the MySQL project. Google moved to MariaDB, and all of the major Linux distributions are switching to it as well.

In reading Oracle's press release, one gets the impression that Oracle is simply bowing to the pressures it sees in the marketplace and is not necessarily deeply committed to what makes OpenStack special: its collaborative and inclusive community. Only time will tell us for certain.

Oracle announced an exhaustive list of products it plans to support with OpenStack. It's really too many to list here, but the most prominent and interesting products mentioned were Oracle Solaris, Oracle Linux, and Oracle VM.

For those not in the know, Oracle has been challenging to work with when it comes to virtualization.

During our deployment of the KT (née Korea Telecom) uCloud in 2010 and 2011, we found out to our consternation that Oracle would not support the Oracle database software under Xen or XenServer. Instead, Oracle insisted on pushing OracleVM as the only supportable virtualization platform, which pretty much means Oracle Linux as well. (I believe if you twist its arm, the company will support Oracle running in VMware ESX, but I think there is still pretty significant resistance.)

So, although Oracle has a perhaps overly ambitious lineup of support for OpenStack, if it simply shows up and makes Oracle Linux and Oracle VM work with OpenStack, that would be a net win for both the OpenStack ecosystem and Oracle.

It's hard not to have a certain amount of pessimism about Oracle's announcement. However, I'm hopeful that this signals an understanding of the market realities and that its intentions are in the right place. We will know fairly soon how serious it is based on code contributions to OpenStack, which can be tracked at Stackalytics. (So far, there are zero commits from Oracle and only two from Nimbula, Oracle's recent cloud software acquisition.)

Personally, I'm happy to see Oracle join the party. It further validates the level of interest in OpenStack from the enterprise and reinforces that we're all building a platform for the future.

Randy Bias is co-founder and CEO of cloud software supplier Cloudscaling. He pioneered IaaS at GoGrid and is a founding member and current board member of the OpenStack Foundation.

We welcome your comments on this topic on our social media channels, or [contact us directly] with questions about the site.
Comment  |
Email This  |
Print  |
RSS
More Insights
Webcasts
Take DevOps to the Next Level
Using MS Teams as Your Phone System - FREE Event 4/14
More Webcasts
White Papers
2020 SANS Enterprise Cloud Incident Response Survey
The Top 5 Mistakes Everyone is Making in Vulnerability Remediation
More White Papers
Reports
Intelligent Outcomes Are Key to Business Resilience
DNS Network Traffic Volumes During the 2020 Pandemic
More Reports

If anyone believes this is anything but a PR move for Oracle, Larry has a nice island to sell you ... oh, wait, he does have an island. And he didn't get it by embracing open source.
Reply  |  Post Message  |  Messages List  |  Start a Board

Oracle's corporate culture and the open source movement's culture present a stark contrast. Is Oracle starting a relationship with OpenStack that will be meaningful to customers, or is it just a means to avoid sales disaster? Tell us what you think.
Reply  |  Post Message  |  Messages List  |  Start a Board
Editors' Choice
Hot Topics