Instead of a single router, Plume says it can provide better WiFi connectivity with a handful of small, cloud-coordinated radios.

Plume contends it can fix your WiFi by getting rid of your router. In its place, the Palo Alto, Calif.-based company plans to offer plum-sized radios that plug into power outlets like nightlights and direct WiFi traffic based on marching orders fetched from the Plume Cloud. Think of it as router outsourcing.

The company is now accepting pre-orders for Plume Pods, priced at $39 each until they ship in the fall, when the unit price will increase to $49. The minimum order is six, which the company says is adequate for a home with two or three bedrooms.

At about $240 for a half-dozen, Plume Pods cost significantly more than the TP-Link Archer C7, a well-regarded router that sells for about $90. But the price compares favorably to a $499 three-pack of mesh routers from Eero, yet another company attempting to fix WiFi. Those tackling the problem include Google (OnHub), Securifi (Almond 3), Ubiquiti (AmpliFi), and Luma, to name a few.

[What would you do if you had someone shadowing you all day? Read Adventures in Pair Programming.]

The current router renaissance is partially an attempt to make WiFi more reliable. But it's also a response to the proliferation of internet-capable devices, a trend that can tax indifferently configured or under-provisioned home networks. The average US home has 7.8 connected devices, according to an NPD report released in March. The OECD projects that in households with two teenagers there could be as many as 50 connected devices under one roof by 2022. That's a level that almost requires dedicated IT administration.

With routers handling network traffic from more types of devices -- not only computers, tablets, and phones, but also video and audio devices and appliances of all sorts -- technology companies have recognized routers can become control hubs for connected homes and sources of valuable data, rather than mere backroom networking appliances set up and forgotten. 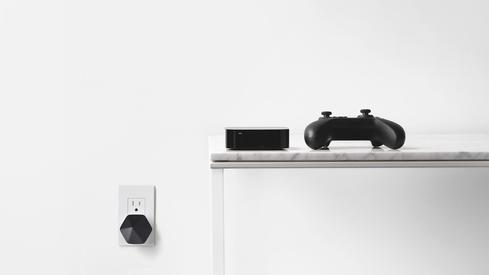 If Plume's performance claims prove accurate, people may find it worth the price to have a WiFi network to can accommodate large numbers of devices without dead spots, one that responds to dynamic network conditions in a way that keeps devices connected. If nothing else, Plume Pods look nicer than the average router.

Plume argues that traditional WiFi extenders lack intelligence in the way they handle signal delivery, which slows network traffic. Mesh networks, the company says, can improve network coverage, but they too have limitations.

In a phone interview, Fahri Diner, CEO of Plume, explained that mesh network devices handle backhaul communication (communicating with each other) over a single channel. "This can have the effect of choking the backhaul."

Plume Pods use multiple WiFi channels to eliminate congestion. In effect, the system provides load balancing. "Our cloud algorithms figure out which band to use for each device to ensure your devices have access to the speed they deserve, avoiding interference along the way," the company explains on its website. "Plume WiFi adapts to the physical space you live in, your online devices, your household, and even to your neighbor's WiFi usage patterns."

Diner noted that this can take the form of reconfiguring network channels to avoid interference from a neighbor's network or mutual network coordination if both networks rely on Plume Pods. "If your neighbor is also using Plume, we recognize the adjacent Plume network and can optimize across both," he said, noting that no data is shared with neighbors.

Diner said that moving radio frequency functions and parameters to the cloud allows Plume to take advantage of cloud compute capacity in order to handle the complex mathematics necessary to coordinate dynamic network changes and to infer traffic types and patterns for appropriate network resource allocation. For example, a device playing 4K video might need certain throughput and latency to provide a clear image.

"Our ability to learn from this information is very unique and we can only get that by looking at lots and lots of those network topologies," said Diner. "We use the data solely for the purpose of learning about the environment."

According to Diner, the information gathered by the Plume Cloud does not pose a privacy risk. "There are no privacy issues in the sense that we don't know what people are watching or what channel they're surfing on," he said, adding that Plume can guess at the type of traffic being transported, but doesn't perform deep packet inspection. Plume knows less about your network traffic than your ISP, he said.

Plume's potential downsides seem few. Diner said that handling routing through the cloud doesn't impose any latency penalty, which is good news for online gamers. One minor drawback could be power consumption. Diner said six Plume Pods compared favorably to three mesh routers in terms of energy requirements, which vary based on device utilization. A single router would be more energy efficient, but perhaps not as reliable or fast.

Thomas Claburn has been writing about business and technology since 1996, for publications such as New Architect, PC Computing, InformationWeek, Salon, Wired, and Ziff Davis Smart Business. Before that, he worked in film and television, having earned a not particularly useful ... View Full Bio
We welcome your comments on this topic on our social media channels, or [contact us directly] with questions about the site.
Comment  |
Email This  |
Print  |
RSS
More Insights
Webcasts
Monitoring Critical Cloud Workloads
Disaster Recovery/Business Continuity in the New Normal
More Webcasts
White Papers
Intelligent Load Management
Top Serverless Security Risks and How to Mitigate
More White Papers
Reports
2021 Email Threat Report
2021 Application Security Statistics Report Vol.2
More Reports