SaaS Growth: Why IT Support Is Crucial - InformationWeek

Despite mass adoption in recent years, there is still room for SaaS to grow. IT needs to support -- not resist -- it, reports Parthenon-EY's technology practice of Ernst & Young.

SaaS is one of the earliest forms of cloud computing, dating back about 17 years with the launch of Salesforce CRM. (Amazon Web Services didn't come along until 2006, and Microsoft Azure was not released until 2010.) But SaaS is still a relatively young software phenomenon that has a lot of marketshare to expand into, according to a survey by Parthenon-EY's technology practice of Ernst & Young.

As SaaS use continues to gain adoption in the enterprise, it will increasingly infringe on the IT budget, despite the fact that IT rarely initiates use of SaaS, but frequently ends up being called upon to support it, the survey results disclosed. Those IT managers who embrace SaaS and support it at an early stage will be in a better position to influence the nature of contract with SaaS providers, according to the survey.

The enterprise SaaS market grew at a rate of 40% in 2015, according to a recent report from Synergy Research Group, which also projects the market will triple its current size over the next five years.

Parthenon-EY is one of four business units of what was formerly known as Ernst & Young, the international consulting firm. EY maintains 100,000 consultants in the US and another 150,000 around the world.

In a survey earlier this year, Parthenon-EY asked 195 CIOs and senior IT managers how much of their total CRM workflow will eventually move into SaaS. The answer was 84%. Today's level is at about 60%.

Likewise, when asked how much of IT systems management was currently delivered by SaaS, respondents said 5%-15%. But they expect as much as 40% to come from SaaS at an unspecified point in the future, according to Barak Ravid, managing director and co-head of technology, Parthenon-EY, in a recent interview.

"A high percentage of growth could continue to occur in SaaS," Ravid said.

[Want to see one assessment of SaaS ROI? Read Salesforce ROI: What It Means for IT.]

Much of it will occur in the IT systems management area, including network and storage management, as well as server management. In addition, security and identity management are ripe areas for rapid SaaS growth, he said. Of course, sales force automation "is not applied uniformly across the organization." Likewise, server log management is "a category that's exploded, but it's being employed on a SaaS basis," he said.

Because adoption of SaaS is frequently initiated by a line-of-business set of users, such as sales managers, when it comes to CRM, CIOs and IT managers often view SaaS as a function of shadow IT that the IT budget ends up being required to support.

Right now, the IT managers surveyed said they think the CIO controls 74% of the IT budget, with much of the remainder going to line-of-business-initiated SaaS support. At some unspecified date, they said, that CIO control of the budget is going to decline to 66%.

"We used to talk almost exclusively to the CIO about decisions being made on enterprise software. We spend less time doing that now. A lot of decision-making [has] moved into the lines of business," Ravid said in the interview.

Consequently, the picture of enterprise software "has become a more fragmented and complex environment. It's very different from 10 years ago," Ravid said.

The changes favor "forward-thinking CIOs" who see supporting SaaS adopted by lines of business as part of their future charter. Their attitude is not to resist providing support as long as possible, because the expense has not been included in the budget. On the contrary, their attitude is, "I'm here to advise and help," he said. About 25% of the CIOs and IT managers interviewed could be characterized as "forward thinking," he said. 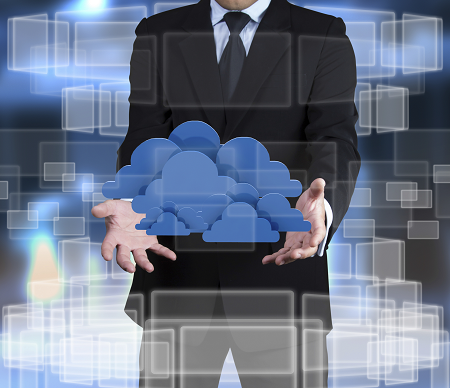 Another 25% said they were accepting the status quo and doing what was needed to support it. Half of respondents (50%) wished there was no shadow IT, no need to support software brought in by business managers, and a restoration of full control of the IT budget to the CIO's office.

However, IT managers who embrace the role of adviser on SaaS and manager of the SaaS provider would find they have a number of advantages. "As an incumbent, you have the home field advantage," he noted. When the SaaS seller has gone around the IT team, he or she faces a stricter scrutiny when he or she comes in to renew the contract under IT supervision.

The supplier "should expect more questions on security, complimentary systems (that will work with the SaaS), and price stability going forward."

Unlike line-of-business managers, CIOs believe the cost of SaaS is higher, not lower, than on-premises enterprise software in the long run, and they know how to use the value of their contract for the benefit of the company.

"With IT involved, the SaaS supplier will be asked to produce more for the same price. The supplier will see a better informed, more sophisticated buyer than he's seen in the past. Prices hikes will be more difficult," Ravid concluded.

Editor's Note: This story has been updated to correct Parthenon-EY's name.

Charles Babcock is an editor-at-large for InformationWeek and author of Management Strategies for the Cloud Revolution, a McGraw-Hill book. He is the former editor-in-chief of Digital News, former software editor of Computerworld and former technology editor of Interactive ... View Full Bio
We welcome your comments on this topic on our social media channels, or [contact us directly] with questions about the site.
Comment  |
Email This  |
Print  |
RSS
More Insights
Webcasts
The Experts Guide to Ransomware Response
Multi-Cloud Data Management for Modern Applications
More Webcasts
White Papers
Guide to Enabling 5G Deployments
Top Serverless Security Risks and How to Mitigate
More White Papers
Reports
Cortex XDR Rides the Forrester Wave as a Leader
Protection Strategies for a Cyber-Resilient Organization
More Reports