In unscripted remarks during Salesforce's first-quarter earnings call with analysts, Salesforce CEO Marc Benioff said that Amazon's Jeff Bezos and he and are planning an expanded partnership.

Touting its performance in the cloud, and with the "C generation," Salesforce CEO and Chairman Marc Benioff presided over a first-quarter earnings call May 18 that was essentially a victory lap, announcing that he was raising revenue expectations for the year, and taking the opportunity to criticize the performance of his company's rivals, Oracle and SAP.

But beyond Salesforce's strong quarter, and the takedown of its rivals, probably the most interesting thing about the earnings call Wednesday was indications of a significantly expanded relationship with public cloud infrastructure company Amazon Web Services (AWS).

"We love Amazon," Benioff said. "We've got a great relationship with Amazon. They are a huge user of Salesforce, and that certainly has been a huge part of this quarter as well. We did a very significant and very large transaction with Amazon, and Jeff Bezos and I have a great meeting of the minds on the future of the cloud." 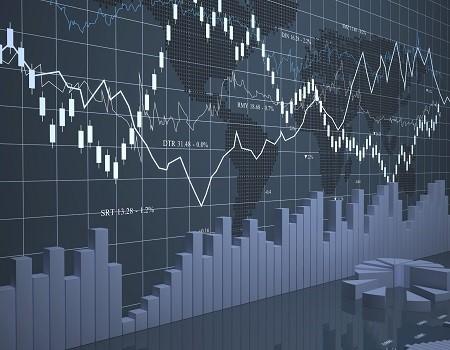 [Did you hear about Salesforce's recent service interruption? Read Salesforce Outage: Can Customers Trust the Cloud?]

"As we head towards Dreamforce, I think you will continue to see more announcements between Salesforce and Amazon," Benioff said. "You'll see our partnership and strategic alliance with them continue to grow and develop. Jeff [Bezos] and I have a lot of very exciting ideas on what the next steps are."

But even as he praised Amazon, Benioff had nothing but criticism for his company's rivals in the enterprise application market.

"We are well positioned for another great year," Benioff told analysts in the conference call. "One of the reasons we are doing so well is because Oracle and SAP are doing so poorly in the cloud. They just have not been able to make that transformation that we've made and that other companies have made. We just continue to take marketshare from them and gain customers at record levels. Their growth numbers are nothing like what we are putting up here as we deliver our first quarter."

Salesforce is forecasting revenue of between $2.005 billion and $2.015 billion for the second quarter. For the full fiscal year of 2017, the company has raised its revenue guidance from $8.16 billion to $8.20 billion.

"This is happening because Salesforce is really the only company totally focused on companies helping to connect with their customers in a whole new way," Benioff told analysts. "We are in the midst of a massive generational shift. A new generation of customers and consumers is clearly emerging."

This is what Benioff calls the "C generation," or customer generation.

COO, vice chairman, and president Keith Block said that the company continued to drive more strategic transactions during the quarter, including another nine-figure transaction.

Benioff's remarks came even as one of the rivals he slammed during the analyst call, SAP, held its annual Sapphire Now conference in Orlando, Fla., where it announced advances in its flagship product and new cloud efforts. SAP announced the newest release of its SAP HANA platform and an expanded partnership with Microsoft to bring HANA to Microsoft's infrastructure-as-a-service cloud platform Azure.

SAP has been working hard to expand its cloud business as software license sales decline. In April the company announced a drop of 13% year-over-year in software license (on-premises) sales for its first quarter. Cloud subscriptions and support, a much smaller piece of SAP's overall revenue pie, grew by 35%, and new cloud bookings grew by 22% for that quarter.

Oracle announced fiscal third-quarter earnings in March. They showed strong cloud momentum -- a 61% increase in platform-as-a-service revenue, and a 57% increase in software-as-a-service (both in constant currencies). Back then, Oracle chairman and CTO Larry Ellison pointed out in an earnings call with analysts, "Oracle competes in markets where Salesforce doesn't compete at all, such as ERP. ERP has always been a much larger market than CRM."