Salesforce is delivering a cleaner, more elegant look for its desktop CRM applications by using its mobile platform's Lightning components. 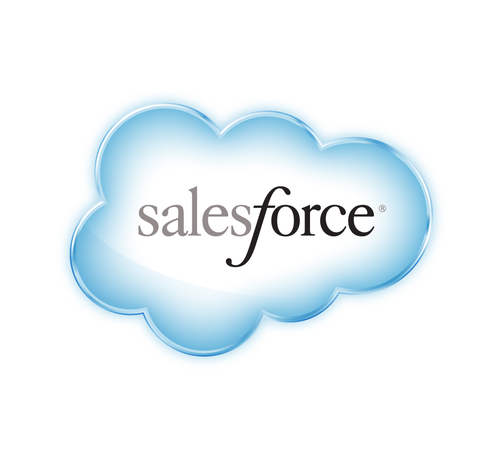 Salesforce will bring the Lightning components of the company's mobile applications into its online CRM user interface this fall, said Parker Harris, Salesforce supervisor of product strategy, in an announcement Tuesday.

The result will be simpler, cleaner way of getting things done in CRM applications.

With a design style dubbed the Lightning Experience, a menu of choices will run down the left-hand side of the page as information is summarized in the center. Dashboards will contain more than three columns -- the previous limit -- when needed. Instead of requiring three clicks to accomplish something with the old interface, many tasks will be able to be done with one, Harris said at a briefing before the Aug. 25 announcement. Harris and other executives showed off the new interface at Salesforce's One Market Street headquarters in San Francisco.

Salesforce has followed a "mobile-first" strategy in upgrading its user interface.

Having already updated its Salesforce 1 Platform for mobile devices at last year's Dreamforce, the company is doing the same for the desktop version of the standard CRM apps. Customers will have a choice of using the "classic" interface or electing to use the Lightning Experience interface.

Parker is one of the four original cofounders of Salesforce, which he accomplished, along with CEO Marc Benioff, in 1999. He said the CRM apps user interface basically hasn't had a facelift since its launch 16 years ago.

"For me, this is one of Salesforce's biggest announcements," said Parker, adding that he's worked on it for several years. The success of Apple has taught other Silicon Valley companies the value of a simplified and elegant user interface, he said. 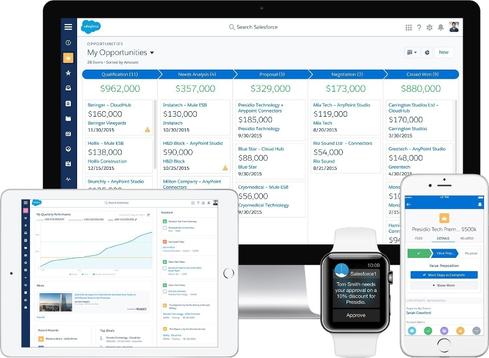 Beneath the covers, the new user interface will not only look different from its predecessor. It's based on the same modular, model-view-controller and API framework that's used in the company's mobile applications.

In effect, Salesforce is returning to one platform as the basis for all its applications, whether for the user on smartphone or tablet, or behind a desk with a laptop or desktop. User interfaces will continue to be sized and formatted to the individual device. A complex dashboard on the desktop, for example, would be subdivided into a series of tabs on a smartphone.

The emphasis has shifted from how a software program needs to do things to how the user actually works. For example, the user interface will start out with a summary page showing how sales persons are doing versus their quarterly goals, "reinforcing what they need to do," said Moxley.

Subsequent dashboard views will offer different ways of representing the individual's sales pipeline, whether by lead source, by type, or by the status of the prospective deal. Summary reports will list what's been done versus what remains to be done to get the deal closed. Customers will be able to modify and configure pipeline reports however they wish, Moxley said.

The Lightning Design System was also part of today's announcements.

It translates the new approach to Salesforce applications into a system that designs Cascading Style Sheets from the UI components using the principles of simplicity and clarity. The system can be seen as a how-to manual by enterprise developers customizing Salesforce apps or Salesforce partners "to build beautiful components that work with Salesforce on every device and every operating system," according to the company.

Attendees at the upcoming Dreamforce in San Francisco, which starts Sept. 15, will be given a chance to test-drive the user interface and provide feedback to Salesforce representatives. "If something is causing customer problems, we'll find out," noted Mike Rosenbaum, executive vice president and general manager of the Sales Cloud.

The elements of the platform announced at the 2014 Dreamforce event were Lightning App Builder and Lightning Components. (The App Builder provides a drag and drop interface with which to arrange components into an application.) The two became generally available last month.

The CRM app user interface upgrade will take place for most customers during the normal "winter" update that occurs each October, Harris said.

Charles Babcock is an editor-at-large for InformationWeek and author of Management Strategies for the Cloud Revolution, a McGraw-Hill book. He is the former editor-in-chief of Digital News, former software editor of Computerworld and former technology editor of Interactive ... View Full Bio
We welcome your comments on this topic on our social media channels, or [contact us directly] with questions about the site.
Comment  |
Email This  |
Print  |
RSS
More Insights
Webcasts
Keys to Better Cyber Risk Assessment
Managing a Hybrid Cloud Infrastructure
More Webcasts
White Papers
How to Avoid the Challenges of Cross-Platform Data Access Governance
Data-Driven Vulnerability Remediation with Vulcan Cyber - A Case Study With Snowflake
More White Papers
Reports
We Need Your Input: Trends in Workforce Optimization
Trustwave Global Security Report
More Reports