The Cloud Steps Into Maturity - InformationWeek

Announcements from Google Cloud Next 2018 -- like those of Google's rivals -- highlight just how far the cloud has come in a few years.

Where, oh where, have those old cloud issues gone? You must remember them from 5 years ago, the barriers to cloud adoption, the focus on cost, and the tough decisions to be made.

Let's see, there was the never-ending debate over cloud versus on-premise data centers, the runaway marketing department signing on SaaS providers, the bigger debate about going all SaaS, the price wars among cloud providers and the mysteries of how cloud bills were calculated, and the arguments about whether the cloud was more secure than the on-site data center. 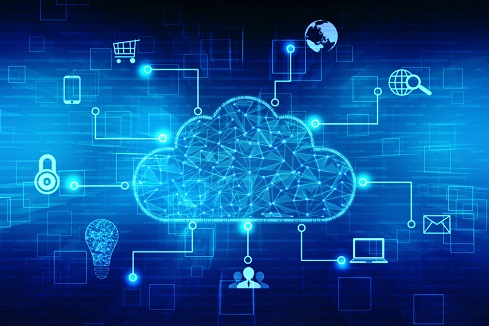 Those issues may not be dead, but they certainly are being buried. We have officially moved on from "Do we cloud?" to "What can we do with the cloud?"

That's a takeaway from watching the announcements pouring out of Google Cloud Next 2018 this week, Google's San Francisco Love-In 51 years after the real thing.

Google's announcements were symptomatic of what we're seeing from all of the major cloud players, including Amazon, Microsoft, and IBM. All are talking more about cloud-based applications and how the cloud changes the way business gets done in organizations from Mom and Pop stores to global enterprises. The cloud players have moved so far up the classic OSI networking model -- from "physical" at Layer 1 to the application layer and far beyond -- that maybe it's time to stop thinking of them as "cloud" companies. Maybe we should think of them as "software" companies once again.

It's only natural for these companies to migrate their offerings upward, away from delivering compute and network resources to enabling new business models and applications. All have been doing so for a while, and you can expect Google's competitors to deliver similar messages when they next host their company-specific customer conferences. But for now, here is a sampling of what Google presented this week:

Google Cloud CEO Diane Greene [Video below] opened with, "Throughout Next '18, we will be going deep on AI and security, areas that Google invests in heavily. Why? Because security is the number one worry, and AI is the number one opportunity."

Her company followed up with announcement of 10 security products and services, including its Titan Security Key for Google Cloud and G-Suite.

The company demonstrated a new on-premise implementation of its Kubernetes container management software.

It revealed advances in using machine learning in genomics research and interoperability of healthcare records.

The company announced a collaboration with Accenture, the Accenture Google Cloud Business Group (AGBG), which will have cloud experts from both firms working to build custom cloud solutions for enterprises and specific industries.

The world of cloud has ventured quite a ways from the times when price cuts were big news and IT was busy hunting down rogue SaaS applications. Maybe the cloud really is growing up.

Jim Connolly is a versatile and experienced technology journalist who has reported on IT trends for more than two decades. As editorial director of InformationWeek and Network Computing, he oversees the day-to-day planning and editing on the site. Most recently he was editor ... View Full Bio
We welcome your comments on this topic on our social media channels, or [contact us directly] with questions about the site.
Comment  |
Email This  |
Print  |
RSS
More Insights
Webcasts
Using MS Teams as Your Phone System - FREE Event 4/14
Advancing the Hybrid Cloud & App Modernization Journey with IBM
More Webcasts
White Papers
2020 SANS Enterprise Cloud Incident Response Survey
The Top 5 Mistakes Everyone is Making in Vulnerability Remediation
More White Papers
Reports
The State of Endpoint Security
Key Strategies for Managing New Risks in Cybersecurity
More Reports