VMware has added disaster recovery to its public cloud environment that makes use of existing, on-premises vSphere software and capabilities.

VMware is making offsite disaster recovery for VMware environments a "one-button" affair. Click on a button in vSphere 5.1 and it activates the creation of a virtual private data center for you in VMware's public cloud, vCloud Air.

The vCloud Air Disaster Recovery Service then activates the replication service in vSphere to create copies of running systems in the virtual data center in the cloud, where they remain stored and available, in the event of an on-premises failure. It's a way to replace the secondary sites that companies set up and equip with duplicate hardware and software in case their primary data center is struck by flood, fire, or earthquake.

Some IT leaders, including Jonathan Feldman, CIO for the City of Asheville, N.C., are outspoken proponents of using cloud-based options for disaster recovery. Others, such as Goodwill industries of Central Indiana, have already migrated their backup and disaster recovery to the cloud. VMware is aiming to drum up customers for its public cloud service by making it extra easy to invoke vCloud Air as an offsite backup or disaster recovery data center.

"It only takes about an hour" to push the button and let the cloud-based service communicate with the on-premises VMware software to which it is linked to set up full disaster recovery, said Scott Collison, VP and general manager of vCloud Air, in an interview with InformationWeek.

The service provides disaster recovery for up to 10 2-GB RAM virtual machines that, combined, may use up to 1 TB of data. The service is available immediately at a price of $795 a month.

Users of the service may choose to what degree they want quick recovery of downed systems, with a range of within 15 minutes, which is extremely speedy by most disaster recovery specialists' accounts, or within a 24-hour period. The faster the recovery, the more expense is associated with the disaster recovery service. A recovery within 15 minutes would mean the customer had servers already running and waiting on standby to be invoked. A recovery within 24 hours would mean servers would be started, and sleeping virtual machines called up to take over for failed systems. Getting recent data to feed into the revived systems from a known point in time is another element of the recovery. 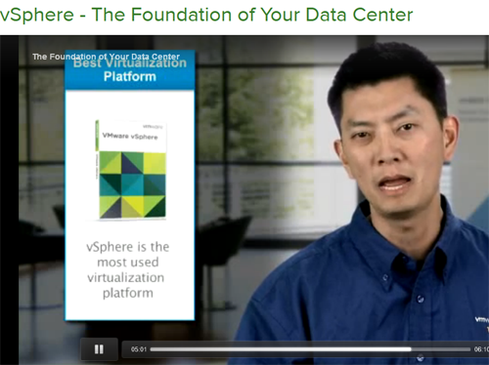 In addition to regaining operations by activating virtual machines in the cloud, users may invoke replication in the cloud to the on-premises data center to restore those same systems there. In the past, it has been difficult to replicate between data centers, because both systems need to be sharing the same storage file system. But VMware has simplified replication back to the data center or "failback" to speed full recovery from failed systems. That maneuver also requires vRealize Orchestrator, which gets a VMware plug-in to execute the move.

In addition to vSphere 5.1, a customer needs to be using vCenter 5.1 and vSphere Replication 5.6 already. Existing vCloud Air customers may make use of the disaster recovery service as one of the core services available to an account, but no prior vCloud Air account is needed for on-premises users to activate vCloud Air Disaster Recovery. More information can be found in this VMware FAQ.

VMware also announced that vCloud Air networking services can come closer to duplicating data center conditions for the workloads sent to it. Collison said the NSX network virtualization platform will allow a vCloud Air customer to generate up to 200 virtual local area networks per virtual data center that they create. A VLAN doesn't need to be created for each virtual machine. A group of them with similar characteristics can be assigned one VLAN and then operate on it.

Likewise, a distributed virtual firewall may be set up in the cloud and assigned to protect a group of VMs with similar security policies and characteristics. A network security group can be assigned "zero trust" to prevent those inside the organization or an intruder who's succeeded in getting inside from using it -- without explicit permission.

Use of the advanced features requires previous implementation of VMware's network virtualization platform, NSX, on premises.

VCloud Air with advanced networking features includes support for "open shortest path first" routing and Border Gateway Protocol, which keeps network security rules in place as data transfers from one autonomous location to another. Both BGP and OSPF protocols enable more automated transfers between on-premises and the cloud, with the protocols providing continuity and safeguards that previously required a network administrator, Collison said.

Charles Babcock is an editor-at-large for InformationWeek and author of Management Strategies for the Cloud Revolution, a McGraw-Hill book. He is the former editor-in-chief of Digital News, former software editor of Computerworld and former technology editor of Interactive ... View Full Bio
We welcome your comments on this topic on our social media channels, or [contact us directly] with questions about the site.
Comment  |
Email This  |
Print  |
RSS
More Insights
Webcasts
People Are The Most Important Part of Autonomous SOC
Don't Miss This Cybersecurity Virtual Event
More Webcasts
White Papers
How to Build Your Incident Response Plan
How Secure Are Your Endpoints?
More White Papers
Reports
2021 Top Enterprise IT Trends - Network Computing
The State of DevSecOps Report
More Reports

Other cloud providers offer disaster recovery. But VMware is playing its trump card of being the dominant vendor in the data center and making disaster recovery an extension of its software there. It can be done other ways and certainly it can be done more cheaply. But for simplicity and assurance that it will work, some VMware customers are going to adopt this option.
Reply  |  Post Message  |  Messages List  |  Start a Board
Editors' Choice
Hot Topics