Despite early fears over public cloud security and uptime, large companies like Netflix and Spotify are increasingly embracing the notion of moving all their systems onto the public cloud. Here's why.

Lingering fears over public cloud security and uptime are dark clouds that are dissipating as an increasing number of large companies are willing to trust moving their entire systems over to the public cloud.

Streaming video provider Netflix and streaming music company Spotify are the latest enterprises to achieve or announce an all-in attitude toward public cloud computing. These two companies are part of a wider global movement toward public cloud services, which are expected to climb 19.4% at an annual rate over the next five years to more than $141 billion by 2019, according to an IDC study. The areas of public cloud that are growing the fastest are infrastructure-as-a-service and platform-as-a-service, IDC noted in its study.

Here's a look at why Spotify and Netflix are willing to put all their systems onto the public cloud.

Spotify announced Tuesday it was teaming up with Google Cloud Platform to handle its platform infrastructure "everywhere."

That move will take it away from its traditional approach of buying or leasing data centers and related equipment, the company noted. "Like good, lazy engineers, we occasionally asked ourselves: 'Do we really need to do all this stuff?'" Nicholas Harteau, vice president of engineering and infrastructure at Spotify, asked in a statement. 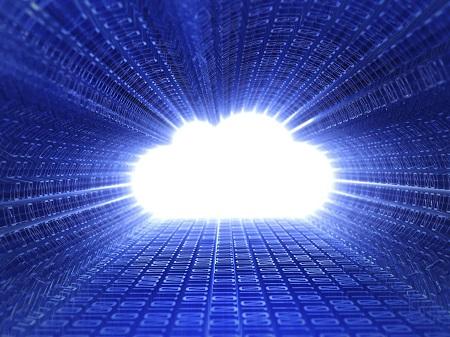 Spotify made the decision to move its core computing infrastructure to the public cloud after discovering it could store, compute, and receive network services at a low-cost and a high performance level, compared with its traditional method. But one thing that will make the platform transition even sweeter, noted Spotify's Harteau, is that Google's data platform and tools will give the company a significant advantage with such offerings as Google's "nearly magical abilities of BigQuery."

Spotify, according to a Wall Street Journal report, will let Google handle its core computing infrastructure, but will still use Amazon Web Services (AWS) for storing its music files and delivering streaming music to particular customers in remote locations.

Netflix, which began moving its system onto the cloud in 2008, announced earlier this week that it has finally completed the last bits of its public cloud migration.

Netflix, like Spotify, turned to cloud computing as a means to scale its operations quickly to handle rapid growth in its users, markets, the need for storage, and ability to add new features to the service.

"Elasticity of the cloud allows us to add thousands of virtual servers and petabytes of storage within minutes, making such an expansion possible," said Yury Izrailevsky, vice president of Netflix's cloud and platform engineering, in a statement.

One step that Netflix has taken that may be less common for other enterprises moving all their systems to AWS is that it chose to take a native-cloud approach. Izrailevsky explained it this way:

Arguably, the easiest way to move to the cloud is to forklift all of the systems, unchanged, out of the data center and drop them in AWS. But in doing so, you end up moving all the problems and limitations of the data center along with it. Instead, we chose the cloud-native approach, rebuilding virtually all of our technology and fundamentally changing the way we operate the company.

Many new systems had to be built, and new skills learned. It took time and effort to transform Netflix into a cloud-native company, but it put us in a much better position to continue to grow and become a global TV network.

He noted moving to the cloud also had the benefit of dramatically reducing expenses, resulting in the cloud costs per stream being only a "fraction" of what Netflix would have had to pay with a data center.

Although Netflix has encountered downtime using AWS, a situation that most enterprises will likely encounter at some point using a cloud service for a sizable distributed system, Netflix has also worked to mitigate the impact of downtime.

The streaming video company follows the principals of redundancy by using redundant components and "graceful degradation" in its architecture. It's also religious in conducting regular production drills, Izrailevsky said.

Dawn Kawamoto is an Associate Editor for Dark Reading, where she covers cybersecurity news and trends. She is an award-winning journalist who has written and edited technology, management, leadership, career, finance, and innovation stories for such publications as CNET's ... View Full Bio
We welcome your comments on this topic on our social media channels, or [contact us directly] with questions about the site.
Comment  |
Email This  |
Print  |
RSS
More Insights
Webcasts
Keys to Better Cyber Risk Assessment
SASE: The Right Framework for Today's Distributed Enterprises
More Webcasts
White Papers
CPRA: The Simple Guide
How to Avoid the Challenges of Cross-Platform Data Access Governance
More White Papers
Reports
We Need Your Input: Trends in Workforce Optimization
Are Unprotected Cloud Databases Leaking Your Data?
More Reports

Spotify, like Netflix, has the luxury of offering a product that is completely digital and highly adaptible to operations in the cloud. In a sense, it is a single large application. Not everyone has a product or operation or company that is so digitize-able.
Reply  |  Post Message  |  Messages List  |  Start a Board
InformationWeek Is Getting an Upgrade!