The Cloud: We're Not in 2012 Any More - InformationWeek

Sometimes when experts issue their year-end predictions for the coming 12 months, what proves just as valuable is the ability to sit back and reflect on how the tech sector has reached the point where those predictions mean something to the IT community.

Just some of the trends Forrester says to watch for in 2018:

But wait, what do those predictions mean in the big picture? I interviewed Dave Bartoletti, vice president and principal analyst at Forrester and one of the authors of the cloud report. He discussed how the cloud computing sector and enterprise adoption of cloud have matured over the past five years.

One key finding Bartoletti noted from the report: "In 2018, we’ll cross the significant 50% adoption milestone, and cloud applications, platforms, and services will continue to radically change the way enterprises compete for customers." While that 50% figure falls short of being a vast majority of organizations and applications, "We're crossing the tipping point. Three or four years ago, if a company wanted to build a giant network for IoT and connected cars, they might have been able to build it in house. Now the pendulum has swung; does that make sense for any company?" he said.

Think back to the year 2012 when so many IT managers in enterprise organizations simply said, "No way!" when asked about the cloud. Bartoletti noted that during the first six years of Amazon offering AWS, the primary customers were small companies and Bay Area startups. The selling points to those early customers centered on cost -- let the cloud provider buy the servers and manage them -- and the primary objection on the part of enterprises was about security.

"Organizations were asking vendors about security, and the answer was, 'Trust us,'" said Bartoletti. There were tales of IT managers asking a cloud provider where their data would be stored, concerned that important corporate and customer data might be on servers in Russia or unregulated developing nations.

Improved security might be the biggest change in the cloud over the past few years.

"Security is stronger than five years ago," Bartoletti remarked. "You don't do that just with technology. The providers had to earn the trust of the compliance teams and regulators in banks and insurance companies," he added. "The public cloud is already as secure, if not more secure than, private data centers." He also noted that most publicly known data breaches in recent years have involved on-premise data centers, not public clouds. 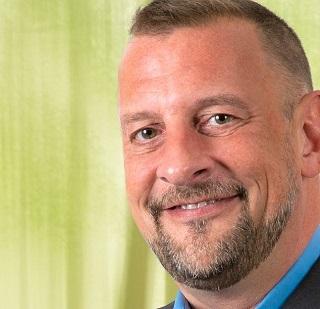 Bartoletti described how major cloud players such as AWS, Microsoft and Google today are much more transparent than a few years ago. "They are going out of their way to offer tools so users can test the security of their clouds," he said. "Last year, for the first time, the number one driver for the public cloud was security."

But the evolution of the cloud isn't just about improvements in security. There has been an explosion in the number cloud-oriented services and tools, including applications and APIs. "The cloud is no longer about cheap servers and cheap storage. Cloud today is about innovation. It's about creating software faster," said Bartoletti. He noted that the private cloud is well suited as a developers' platform, often with the finished application being deployed on the public cloud. He said that developments such as the introduction of Microsoft's Azure Stack and the agreement between VMware and AWS enable more of a hybrid scenario.

Then there is the pairing of data analytics capabilities with the cloud, driving cloud adoption and innovation. Bartoletti noted that for companies that want to build a data lake it just makes sense to do so in the public cloud.

Jim Connolly is a versatile and experienced technology journalist who has reported on IT trends for more than two decades. As editorial director of InformationWeek and Network Computing, he oversees the day-to-day planning and editing on the site. Most recently he was editor ... View Full Bio
We welcome your comments on this topic on our social media channels, or [contact us directly] with questions about the site.
Comment  |
Email This  |
Print  |
RSS
More Insights
Webcasts
Building Asset Management into Your Enterprise Security Strategy
How the Rapid Shift to Remote Work Impacted IT Complexity and Post-Pandemic Security Priorities
More Webcasts
White Papers
IDC Market Share: How the Network Is Used to Unmask the Adversary
SANS 2021 Cyber Threat Intelligence Survey
More White Papers
Reports
The State of Endpoint Security
Intelligent Outcomes Are Key to Business Resilience
More Reports

How to Submit a Column to InformationWeek InformationWeek Staff 4/9/2021
White Papers
A New Take on Cloud Shared Responsibility
Lessons Learned Investigating the SUNBURST Software Supply Chain Attack
Identify Threats 82% Faster: The Value of Threat Intelligence with DomainTools
Simplify Your Application Security
ITSM for the Enterprise - What Makes it Work?