The Future State of the Cloud - InformationWeek

Here are some trends revealed from a decade's worth of research. 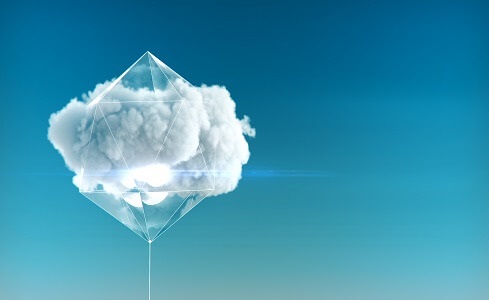 As the concept of infrastructure-as-a-service (IaaS) began to dominate IT thinking in 2012, the time was right to better understand how companies were relying on IaaS cloud computing providers. So was born annual research that delved into how organizations’ cloud strategies and how their cloud usage met business needs.

On the heels of the 10th annual Flexera State of the Cloud I took a look back to highlight trends and signify areas of focus for the years ahead.

In the early 2010s, with the volatility in the public cloud space as new cloud providers emerged (and some existing ones retreated and eventually disappeared), cloud adoption was shifting from ad hoc to strategic. IT executives had the foresight to realize that multi-cloud was -- and would continue to be -- a viable and desirable approach for their IT estates of the future.

In that very first survey conducted in April of 2012, 68% of respondents indicated that their organization relied on a multiload approach. Among enterprises (organizations with 1,000 or more employees), the number with a multi-cloud approach grew significantly, from 77% in 2013 (when it was named “the strategy of choice for the enterprise”) and pushing beyond the 80% mark (82%) in 2105. Today 92% of enterprises have a multi-cloud strategy, with 55% of enterprise workloads expected to be in public cloud within the coming 12 months. 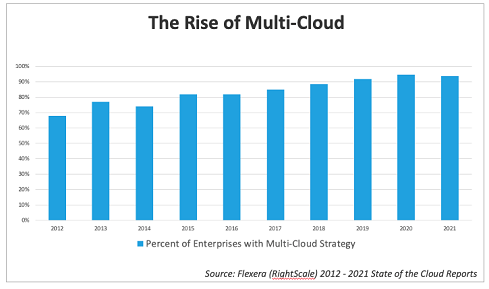 During this period of research, organizations faced strikingly similar and consistent challenges with their cloud initiatives. Not surprisingly, security was viewed as the No. 1 cloud challenge to be addressed, particularly for those organizations that were new to the public cloud. With time, as organizations gained cloud experience, this challenge dropped in their priority list, but never very far from the top.

As new organizations made their way into the cloud, they brought their security concerns along with them, thus keeping security at, or near the top of the “challenges” list every year.  In fact, security was the No. 1 cloud challenge cited by organizations in nine out of the 10 years. “Lack of resources and expertise” edged out security as the top cloud challenge in 2016; as more and more organizations began adopting cloud, they also brought their lack of knowledge and experience to these new environments. Today, security remains a top consideration for cloud initiatives.

In a review of the last 10 years, experimentation that leads to widespread adoption is a major theme. It should come as no surprise that the services and technologies that organizations increasingly experiment with year-over-year are often used in production environments, becoming standard parts of many IT toolkits.

The majority of services that saw increased experimentation year over year realized increased adoption. To date, technologies such as data warehousing services (now used by 54% of all respondents), serverless technologies (currently used by 44%), and database-as-a-service (DBaaS) offerings (used by 47%) have seen increased adoption. The related container-as-a-service (CaaS) offerings (used by 49%) from the public cloud providers (including Amazon Web Services ECS and EKS, Azure Kubernetes Service, and Google Kubernetes Engine) have been on the rise. Kubernetes, a container orchestration tool, was the fastest-growing technology in both experimentation and adoption in the course of this research, jumping from 7% usage in the 2016 report to 58% in the 2020 report.

(There are always exceptions. OpenStack is a fitting example. Its experimentation increased each year until roughly 2019, when it tapered off, never achieving the general adoption that many had predicted when it first started to make waves around 2012.)

Predictions Based on Recent Experimentation

If findings from a decade’s worth of research are predictive, these technologies and tools are the ones that may experience increased adoption:

Running throughout the research are themes of what individual organizations are doing to enhance their own cloud initiatives. To ensure that your business has a strong standing as cloud usage continues to grow and evolve:

What was true in 2012 remains so today: Companies of all sizes have a plethora of cloud solution options to meet their business needs. By reviewing the data from 10 years of the State of the Cloud and by observing the trends it reveals, organizations can orient their IT landscapes toward successful cloud deployments. 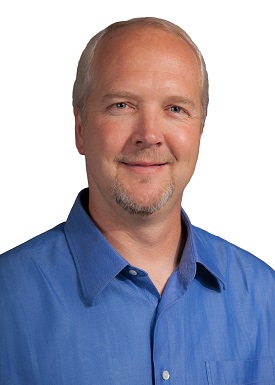 The InformationWeek community brings together IT practitioners and industry experts with IT advice, education, and opinions. We strive to highlight technology executives and subject matter experts and use their knowledge and experiences to help our audience of IT ... View Full Bio
We welcome your comments on this topic on our social media channels, or [contact us directly] with questions about the site.
Comment  |
Email This  |
Print  |
RSS
More Insights
Webcasts
Bolstering Your Enterprise Cyber Risk Assessment
Monitoring Critical Cloud Workloads
More Webcasts
White Papers
Three Secrets to Stopping Ransomware Cold
AWS Lambda Security Best Practices
More White Papers
Reports
The State of Endpoint Security
Gartner Market Guide for Insider Risk Management Solutions
More Reports