Uber CEO Travis Kalanick: Every Car Should Be Ours - InformationWeek

Uber's CEO thinks his company should handle every car and truck on the road, and that if this happened, you'd like it.

At Dreamforce '15 today, Travis Kalanick, cofounder and CEO of Uber, said something simultaneously frightening and intriguing: "Every car should be Uber."

Before you rush off to find a city without Uber in hopes of fleeing such a dystopian nightmare, you need to understand the company's vision of the future.

Kalanick shared the keynote stage at the annual Salesforce user conference in San Francisco with Salesforce CEO Marc Benioff for a "fireside chat" about the future of transportation and cities. The conversation included topics such as business models, demand forecasting, and futurist predictions for the next 10 years. The point Kalanick kept returning to is his belief that transportation should be as reliable as running water. For everyone. Everywhere. 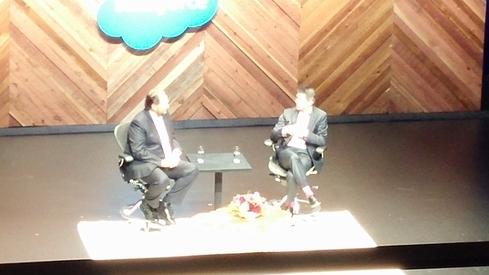 Kalanick told a story of talking to a customer who said he or she wanted to be able to schedule an Uber ride. He said, "I always ask if they took a shower this morning. They say 'yes' and then I ask if they had to schedule time in the shower." Kalanick said he thinks it should be that easy to get a ride anywhere at anytime and for less than the cost of owning a car (unless, of course, you drive for Uber).

Uber is at the forefront of what's known as the sharing economy. According to a PricewaterhouseCoopers survey of 1,000 people, 19% of US adults have participated in a sharing economy transaction and 72% said they could see themselves being a consumer in the sharing economy in the next two years. That said, Uber's model is not without its critics.

The vision Kalanick presented at Dreamforce is to make Uber so cheap, so reliable, and so convenient that we give up our cars. "If every car in San Francisco was Ubered there would be no traffic. If everyone in the city took an Uber instead, it would give back an hour of time every day to every person," Kalanick said, "What would you do with that time? You could give it back to your family."

Kalanick further pointed out that for most of us, time is a luxury. He said he wants to give back time (and money) by creating an efficient, reliable system of intra-city transport -- not only for people, but for things, too.

He discussed the future of Uber Eats, which promises to deliver food to you within five minutes. Benioff asked if Uber was a threat to FedEx or UPS, and Kalanick said, "No, they do a different thing. They more stuff from city to city. We move stuff within a city. If something is moving from somewhere to somewhere else in a city, that's our jam." 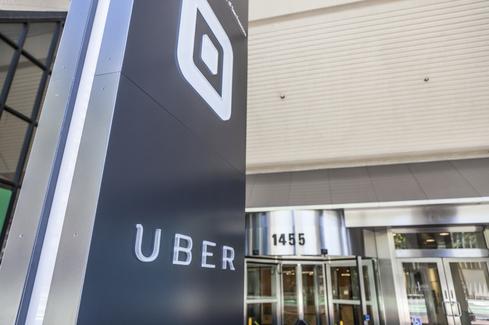 How does Uber plan to reduce the cost of transportation? Mostly by predicting demand. The cost of transportation comes in the downtime. If a driver has to spend 15 minutes traveling to pick up a fare, that's 15 minutes the driver isn't making any money. Uber is investing in predicting demand so it can move drivers to points of demand before that demand even occurs. He described heat maps for drivers that allowed them to move to areas of high demand so cars could "suck the heat out of the area."

Reducing driver downtime reduces costs for drivers and, ultimately, fees for customers, according to Kalanick. "We think of it as a transportation marketplace," he said. "In a stock market, people offer a stock at a certain price at a certain time. We have drivers offering a ride at a certain price at a certain time." Reduce the inefficiencies, and drivers can afford to offer rides at lower prices, because they earn more in the same amount of time by picking up more fares. Lower the price enough for customers, and taking Uber becomes cheaper than driving yourself.

[ Of course, there are legal obstacles to worry about. Read Uber Ruling Could Cripple Sharing Economy. ]

So, "every car is Uber" isn't an Orwellian, dystopian nightmare. It see cars as utilities, and drivers taking people and things on demand anywhere they need to go within a city at a price that is cheaper than those people doing it themselves.

Is it possible? Probably not everywhere. In major cities the concept could make major progress. One only needs to look at the traffic in New York City, at all the yellow cabs dominating the color of the road, to imagine it is possible. Of course, Uber would be happy to replace all those yellow cabs, black limos, shuttle vans, and even your car with Uber vehicles. Every last one of them, if it can.

David has been writing on business and technology for over 10 years and was most recently Managing Editor at Enterpriseefficiency.com. Before that he was an Assistant Editor at MIT Sloan Management Review, where he covered a wide range of business topics including IT, ... View Full Bio
We welcome your comments on this topic on our social media channels, or [contact us directly] with questions about the site.
Comment  |
Email This  |
Print  |
RSS
More Insights
Webcasts
Unifying Your Endpoint Security Strategy
Fact or Fiction? The Truth About Cloud Native Security
More Webcasts
White Papers
Case Study: Leading Financial Institutions
The 2021 Security Outcomes Study
More White Papers
Reports
Forrester Total Economic Impact Study: Team Cymru Pure Signal Recon
State of the Intelligent Information Management Industry in 2021
More Reports

@David yes, from a rational perspective. Somehow though people get rather territorial and don't like other companies taking away from what they view as their market share. Competition also tends to drive down prices and profit. But still, from an objective point of view, there is enough to go around for several companies in that market if ride sharing grows.
Reply  |  Post Message  |  Messages List  |  Start a Board

@ariella- I think they would. I mean, let's be realistic. It is his job to pump his company. So he isn't going to say the world would be better if all cars were Uber or Lyft. But as long as he gets an acceptab;le share of that for his investors, I'm sure that's just fine. I mean, that would mean hundreds and hundreds and possibly trillions of dollars in revenue to share.
Reply  |  Post Message  |  Messages List  |  Start a Board

@David yes, charm can be dangerous because it is seductive. Would Uber embrace universal sharing as much if there were a number of competing companies? There's a challenge question for Kalanick.
Reply  |  Post Message  |  Messages List  |  Start a Board

Well, i don't think he actually thinks in the end 100% of us will use Uber or drive for Uber. But the great thing about the sharing economy, particularly with cars, is that it isn't all or nothing. Let's say he nails 25%. That impacts traffic and all the other issues he hopes to impact.
Reply  |  Post Message  |  Messages List  |  Start a Board

@ariella- Ha! No. He was charming and compelling. Which might be more dangerous than the Borg. :)

Personally, I like the idea of increased car sharing though i'd guess it would work better with multiple sharing competitors.
Reply  |  Post Message  |  Messages List  |  Start a Board

Did he add, "Resistanc is futile?"
Reply  |  Post Message  |  Messages List  |  Start a Board
InformationWeek Is Getting an Upgrade!