Mark Shuttleworth says he's pleased with "Jaunty Jackalope" but is really excited about how his operating system has become a catalyst for IT services and other market changes.
Michael Singer
Contributor
April 22, 2009 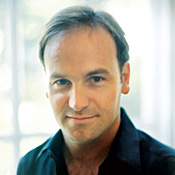 A Canonical-Ubuntu partner that understands this is Dell, Shuttleworth admits. Behind its commodity PC business, Shuttleworth said he sees a company with a client-side iTunes-like capability and a series of purchases of service-oriented software providers. After all, it was Michael Dell who was one of the first CEOs of a hardware company to admit his home computer ran Ubuntu.

"On the client side and server side, they have a very careful and strategic strategy that goes on the assumption that every device is online and every person is online all the time," Shuttleworth said.

But not all of Canonical's relationships are lovey-dovey. One of Shuttleworth's biggest challenges has been overcoming Microsoft Windows as the de facto standard for drivers, while Linux has been an optional extra. The cycle is complete, Shuttleworth joked, when Microsoft gives Windows away for free.

"What we're also seeing is curious tension between people who are developing Ubuntu and ISVs who want to deploy across [older] versions of the operating system. You can see the same problem with software makers like Adobe and many others," Shuttleworth said.

One bright spot has been Google, which seems a little counterintuitive considering the search engine's Android operating system is also being tested as a stable operating system for netbooks and handheld devices.

"Google is fantastic," Shuttleworth said. "It's still early in its reference design but because it is Linux-based, Google's work there is very congruent with our own. It really challenges people to think, 'What does it mean to have Linux supporting a device?' "

Amazon.com is another healthy relationship for Canonical and the Ubuntu OS. Jaunty Jackalope is the first commercially supported distribution that will let companies build cloud environments on an intranet or connect with an external cloud provider like Amazon. The server release is automatically compatible with Amazon Elastic Compute Cloud.

And while Ubuntu is new to the cloud computing game, Shuttleworth said he's confident that Canonical will help define it.

"This feels like HTTP did back in the late 1990s," he said. "You had these massive silos of networks that could now be easily connected through a protocol. The main thrust of cloud computing was the server consolidation of the story, but the virtualization is still a higgledy-piggledy type of thing in which each vendor has their own way of delivering virtualization. What you get now is this massive scalability and those are the real benefits of the server side of the cloud."

And as those services start to mature, Shuttleworth hopes Ubuntu will be the common service architecture for desktops and beyond.