Advantages and limitations separate these two camps when it comes to choosing a strategy for cloud transformation.

When enterprises make long-term plans for the cloud, they tend to face a tough choice early in the process. They could pick only one source for their cloud services, such as Amazon Web Services, Microsoft Azure, or Google Cloud, to take advantage of all the exclusive features providers offer to their dedicated users. A counterpoint to a “locked-in” approach is to choose agnostic, multicloud services cherrypicked from different providers to allow for more freedom. Experts continue to debate the advantages and drawbacks of each path that enterprises can select.

Taking a multicloud approach may appeal to organizations that want as much choice as possible to exploit the cloud. This can be especially true when dealing with databases that must be migrated as part of a transformation plan. One of the problems, says Spencer Kimball, CEO and co-founder of Cockroach Labs, is that legacy databases tend to not be architected to take full advantage of the cloud. “Traditional databases are monolithic—they basically sit in one place,” he says. As enterprises move to the cloud, they might also reexamine their reliance on incumbent database providers, Kimball says, as part of their transformation strategy.

Cockroach Labs is the New York-based developer of SQL database CockroachDB. Kimball, like his fellow cofounders, is a former Google engineer. He says the cloud offers resources that can scale horizontally within a datacenter. For instance, with just a few commands, Kimball says, it is possible to double the size of a user’s database capacity. There is also the potential to access resources at multiple datacenters across regions and continents. “That’s the true promise of the cloud,” he says. 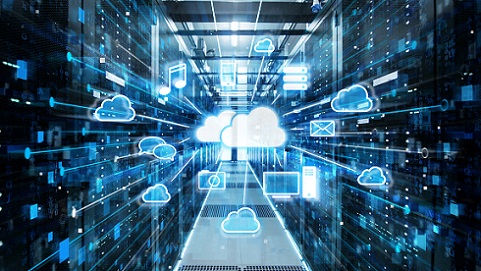 Given such possibilities, forcing enterprises that have complex legacy systems to adapt to the constraints of vendor lock-in, he says, can be hard to swallow. Locked-in enterprises are limited to the specific services that their vendor offers even if their legacy systems have many moving parts that do not fit well with a single provider. Organizations may have invested decades in on-premise datacenters, Kimball says, and developed a heterogenous mix of code and applications. “It’s not an easy or tractable thing to up and move all of your operations into AWS,” he says. “It may not be a desirable thing.”

Kimball says there is an ecosystem-wide re-platforming underway where organizations are determined to take advantage of the public cloud. “For most companies, it is a board-level mandate,” he says. “Everyone realizes that relying on another company’s economies of scale to provide datacenter resources is a huge win to the bottom line.” This could also be a tipping point, he says, where organizations decide whether they will continue to use traditional relational architecture where they run databases themselves or embrace a new database infrastructure that is cloud native as a service. 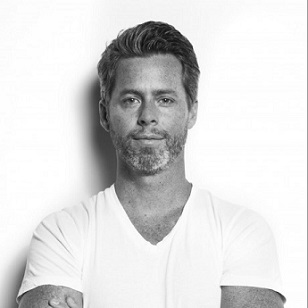 Selecting one vendor for cloud services does have some advantages, Kimball says, such as simplified integration, but this also traps an organization into a monoculture. “You’re not going to be able to consume one of those services and then move somewhere else without rewriting applications,” he says. Once locked-in, enterprises can also lose pricing leverage with a vendor. Kimball says that as it stands now very few companies have multicloud strategies that are actively implemented.

Despite concerns about lock-in and being tied to one vendor for something strategic, Brendan Caulfield, chief revenue officer of cloud consultant and cloud-native software developer ServerCentral Turing Group, says the benefits are hard to ignore. “I understand wanting to be able to shift on a dime, but if you look at AWS, Azure, and Google Cloud, each has a compelling suite of products,” he says. The products within each suite are designed to work together and lose some of their benefits if adopted separately. “You can’t take advantage of their platform-specific features and functionality,” Caulfield says.

He believes lock-in avoidance is more about a business process than technology decisions. The risk of avoiding lock-in is that it can hobble key features the platforms have to offer. “The overlap space for those providers is not compelling,” Caulfield says.

Importance of Commiting to a Decision

Many companies consider going agnostic and multicloud at the beginning, he says, but it is difficult to maintain that approach when working with platforms that are so different. If the decision makers at enterprises see the opportunities of embracing one platform, they may drop their hesitancy, Caulfield says. He sees lock-in avoidance primarily coming from the senior executives, driven by their need to make beneficial decisions for the business.

Kimball believes the value proposition of each hyperscale vendor is strong enough to eventually allay fears of lock-in. He does caution against attempting to change midstream once workloads have started to migrate. “A bad strategy is thinking that you don’t need to make the decision before you start moving,” Caulfield says. “Once you start moving, it is a freight train that is hard to stop.”

For more on cloud strategies, check out these recent articles.

Build vs. Buy: Cimpress Chooses Both

Should You Declare Bankruptcy on Your Technical Debt?

Joao-Pierre S. Ruth has spent his career immersed in business and technology journalism first covering local industries in New Jersey, later as the New York editor for Xconomy delving into the city's tech startup community, and then as a freelancer for such outlets as ... View Full Bio
We welcome your comments on this topic on our social media channels, or [contact us directly] with questions about the site.
Comment  |
Email This  |
Print  |
RSS
More Insights
Webcasts
Making XDR Work in Your Enterprise - May 12
Data Center Network Operations (NetOps) Reimagined
More Webcasts
White Papers
Sunburst: Impact and Timeline
The Microsoft Teams Telephony User Experience
More White Papers
Reports
A Decade of Passive DNS
The State of Cybersecurity Incident Response
More Reports