What Cloud Natives Can Teach the Rest of Us - InformationWeek

Cloud natives differ from traditional companies in more ways than just their lack of legacy infrastructure: They think and operate differently.

Cloud-native companies have several advantages over their traditional counterparts, not the least of which is an absence of legacy technology. The flexible nature of the cloud enables nimbler business strategies and operations that result in faster innovation, if not disruption.

Meanwhile, the incumbents are trying to keep up with the accelerating pace of change. While most companies have adopted the cloud to some extent, the migration tends to be slower and more painful than anticipated because cloud migration is not just about technology. It also takes cultural adjustment, process change, structural modifications and a shift in mindset.

"The [cloud-native] business managers from the CEO on down have an attitude and perspective that their technology architecture is, in fact, their business architecture," said Stephen Elliot, program vice president, Management Software and DevOps at IDC.

Cloud natives demonstrate several other characteristics worth noting, which are explained below.

Cloud natives tend to be more future-focused than their traditional counterparts because they're not held back by legacy technology. Because they're buying infrastructure instead of building it, they can spend more time on product development and customer satisfaction.

"Think about where you're going and what [problem] you want to be solving," said Abby Kearns, executive director of the global open source non-profit Cloud Foundry Foundation, contributor of Cloud Foundry, the open source PaaS cloud platform. "How fast are you deploying code, iterating that application, and talking to customers and potential customers [to get their] feedback? You're not just getting applications out the door, you're continually updating your application to give customers new and innovative experiences."

The iteration isn't limited to software-related projects and experimentation; they're also iterating their business strategies.

"You see a lot of flexible business strategies because there are multiple potential outcomes and not one clear path," said IDC's Elliot. "Cloud natives are a little more comfortable with ambiguity."

Established businesses struggle with transformation because they have to simultaneously execute new and existing business strategies while attempting to merge the two.

"You have to figure out ways to bridge the existing business, existing technology stacks, existing workflows with a new way of doing business and that's a really tricky thing to do," said Cloud Foundry Foundation's Kearns. "Leadership [must have] a well-articulated, clear and strong vision of where they're going and [be] ruthless about executing against that."

They contemplate a broader set of possibilities

When traditional companies procure products and services, they focus on the transaction. Cloud natives tend to think well-beyond a single transaction.

"There's a philosophical difference in approach," said Ryan Caldwell, founder and CEO of financial data provider MX. "If you log into Apple TV, you'll see your HBO, Netflix and Hulu apps. It used to be they sat on top of Apple TV, but they're communicating with Apple. If they choose to not play the API game, then they don't get listed in that really cool experience of what was the last show you watched and the suggestion. If you want to get to the psychology of why the incumbents don't get it and why cloud natives do, it's because they write different software."

Cloud natives view technology partners not only in terms of their offerings, but also in terms of what a deeper partnership might mean to the business.

Traditional companies are less willing to share their data than cloud natives for fear of losing control of it. There are good reasons for that, not the least of which are governance and compliance.

"[Cloud native companies] believe there's far more value in the sharing of data and the solutions we can build together versus walling off data," said MX's Caldwell. "The very nature of the cloud is open APIs, and the mentality flows to the leaders. It's less fear-based  It's more abundance-based than a zero-sum game."

They're obsessed with user experience

Cloud natives aren't encumbered by the barriers to market entry that traditional companies have faced. Rather than spending a year or more perfecting a product, lining up distribution channels, structuring marketing campaigns and training the salespeople prior to shipping, cloud natives test market a minimal version of a product to get customer feedback on it early in the lifecycle. After that, they keep iterating.

"A digitally-connected world enables rapid switching and low switching costs, which means you have to be customer-obsessed," said MX's Caldwell. "The users can switch at almost no cost and no hassle. If you're not obsessed with users and truly solving their problems, they're going to just get up and leave. Users have no patience if your stuff doesn't work."

Of course, cloud natives have the luxury of focusing on customer experience because their cloud provider ensures infrastructure availability, scalability, and elasticity. 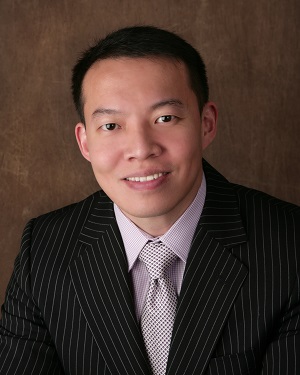 They invest in their people

A culture of constant iteration requires constant learning. Rather than making training an event, cloud natives encourage experimentation and invest in education.

"If you're a cloud native, there isn't a day you're not learning something, contributing code or reading an article, so retraining is part of the job, not a decision along a [way]," said MX's Caldwell. "You should be infusing your employee base with constantly new knowledge throughout the lifespan of their time with your company."

Traditional companies often underestimate what cloud migration will take, however. It's not just a matter of sending a few people to a class to learn new skills, the organization itself has to evolve.

"If you want to take a traditional developer and make him a cloud-native developer, that takes several weeks of practice in an environment where other people are operating in a new way. A lot of our clients don't understand that," said Charlie Li, SVP and chief cloud officer at professional services firm Capgemini. "They send a guy out there to an IT camp to become 'cloud native,' but there are 1,000 other developers still doing things the old way."

A better approach is to form a small, cross-functional team that operates in cloud-native way and then assimilate others, slowly.

"A lot of these cloud-native initiatives are not huge top-down projects, they're usually bottoms-up. They start small, build a POC, you see sprint teams of five to 10 people building out POCs or a few microservices," said Li. "That's difficult for large companies because they're structured in a way where you can't build these teams. You've got to go to the testing team, development team and infrastructure guys and ask the for their best people, and the answer is 'no'. It's a whole workforce transformation, not just their skillsets but how you organize your company is important."

The commoditization of IT doesn't mean IT isn't important. Cloud natives tend to include CIOs as part of the strategy team given the interdependence of business and IT.

"The business world is defining the future of IT today. It's no longer IT bringing solutions to IT, the business is bringing problems to IT," said SPR's Hansen. "The faster IT solves problems, the more important it is to business customers."

Cloud natives tend to place a strategic value on IT, so they view it as an investment versus a cost.

"There's this business-centricity that drives the technology decision-making," said IDC's Elliot. " It's not just tools. it's the people, the technology, the interlocking processes and how they organize themselves around business opportunities. There's a business acumen that's a lot more noticeable."

Their mix of talent differs

Cloud natives have been cross-functional since Day One out of necessity. Unlike established companies, they don't have entire teams dedicated to database administration, infrastructure, testing or development.

"Large companies have 80% operators and 20% designers. creators and product people," said Capgemini's Li. "Startups have 80% designers and maybe 20% operators or no operators. Operators are ops people, infrastructure people, DBAs. system admins, and security people [who are] just maintaining and operating what was given to them."

When traditional companies ask Li whether they should put something on premises or in the cloud, he asks them what they'd do if they were an 18-year-old pondering the same question. Nine times out of 10, they make the same decision a cloud native would have made.

Every organization has politics, but cloud native companies make a concerted effort to minimize it.

"They minimize it through clear roles and responsibilities, and stay as flat as they can," said IDC's Elliot. "They minimize the use of hefty titles [and have] a certain expectation of transparency. It's very much performance and metrics-based."

Cloud natives also tend to have a strong sense of purpose and view failure obstacle to overcome versus something to be avoided. Also, while they may not know exactly how they're going to achieve something, they tend to be aware of the many ways to get there, Elliot said.

For more about cloud native and startup companies, check out these recent articles.

Three Big Pitfalls for Big-Company CIOs, and What to Do About Them

Lisa Morgan is a freelance writer who covers big data and BI for InformationWeek. She has contributed articles, reports, and other types of content to various publications and sites ranging from SD Times to the Economist Intelligent Unit. Frequent areas of coverage include ... View Full Bio
We welcome your comments on this topic on our social media channels, or [contact us directly] with questions about the site.
Comment  |
Email This  |
Print  |
RSS
More Insights
Webcasts
How Elite Analyst Teams are Transforming Security with Cyber Reconnaissance
Building the SOC of the Future: Next-Generation Security Operations
More Webcasts
White Papers
From MFA to Zero Trust
All In, Online Gaming & Gambling
More White Papers
Reports
The ROI Of SD-WAN: Not Just A Numbers Game
2020 State of DevOps Report
More Reports