COBOL Leads Us Back To The Future - InformationWeek

COBOL defined business software development for decades. Now, is it over the hill or just hitting its prime? 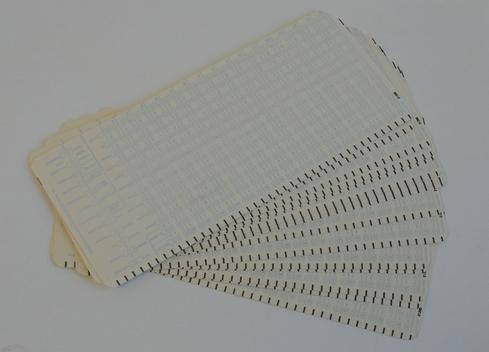 COBOL has been around since Eisenhower sat in the Oval Office. At one time, it was estimated that 80% of all business applications were written in COBOL — a total that represented more than 2 billion lines of code. That was nearly 20 years ago. Does COBOL still matter to the world of enterprise IT today?

Many people seem to think so. A recent article at readwrite.com told us that All the Rich Kids Are Learning COBOL. But what does that really mean?

And, why do we care? In part, it's because there are lots and lots of applications written in COBOL that remain part of the enterprise IT landscape. And, like many other things with historical foundations, COBOL has a whiff of the "retro-cool" about it: You can even get COBOL dev environments that run on Raspberry Pi. There are a number of options for someone who wants to use COBOL — the real question is why you might want to do so.

The first reason is employability. As noted, there are still plenty of companies running applications built on COBOL. And not all of those applications are archaic: Since 2002, COBOL has had an object-oriented framework. And as you'll see, a number of the options we list have Java as an intermediate target — a strategy that has both plusses and minuses when it comes to performance and compatibility with other applications.

The next reason is readability. COBOL is known as a "verbose" language, especially when it's compared to a very terse language like C++. From a debugging standpoint, COBOL can be like reading a novel: In fact, I'd almost bet that, with a few variables thrown in, you could get arbitrary chapters from Game of Thrones to compile. Of course, all your favorite functions would die depressing, lonely deaths, but still…

So let's take a look at the modern options in COBOL. Let us know whether you're using COBOL — and why. Surely the story will be as compelling as one written in Grace Hopper's legacy language…

@jastroff, in a lot of ways I still "think" in Fortran: If I'm working through a problem in my head, I'll likely do it in Fortran, then translate to whichever language I work in when it's time to hit the keyboard.

It's kind of like what I do with music: Even though I'm primarily a keyboard player, when I hear a melody line my fingers move on imaginary saxophone keys.

And I've got an article coming up on Fortran -- I'll look forward to the discussion around that one!
Reply  |  Post Message  |  Messages List  |  Start a Board

@cmach750, thanks for this! I'll be honest: It's been a long time since I've enjoyed a discussion topic as much as I've enjoyed this one -- and comments like your are the reason why. I'm working on another retro-language article and I hope we can have another great conversation around that one.

@asksqn, I don't think I would recommend that someone at the beginning of their career learn COBOL instead of Java or C++, but I don't think it's ready to be put out to pasture just yet. As you say, there are a lot of proprietary systems out there running COBOL software and IBM continues to sell a bunch of System Z machines every year. COBOL's not a bad language to have in your bag of tricks if you want to be able to work in shops where pocket protectors are more than vague memories.
Reply  |  Post Message  |  Messages List  |  Start a Board

@Jschmidt27, one of my favorite early career memories is of watching Forrest Mims enter a program into a MITS Altair machine using the toggles on the front panel. It's no wonder that Microsoft took off!

I loved (and still love) the feeling of being able to directly control the hardware through assembler, but multi-core systems make writing efficient code much more challenging. I suppose I'll stick to higher level languages, but I'll still complain about the "young kids" and how easy things are for them!
Reply  |  Post Message  |  Messages List  |  Start a Board

@jastroff, Fortran was my first language. It was a lot of fun until you actually had to move data in and out of the system -- I never lost my dislike for complex FORMAT statements!
Reply  |  Post Message  |  Messages List  |  Start a Board

@kstaron, I suppose Python makes sense if you're doing database work, but I'm still a fan of fully compiled languages for learning programming principles. It is truly interesting to see how the push and pull of practical considerations versus educational needs has an impact on what's taught at university.
Reply  |  Post Message  |  Messages List  |  Start a Board

@rhariharan950, the "self documenting" nature of COBOL really can't be under-estimated when it comes to the language's value. I've spent hours and hours helping programmers (including my son) debug C++ and Java code: Without in-line comments, trying to get your head around what someone else has done in their code can be awfully frustrating.

And we won't even talk about languages like APL, which some have called the world's first "write-only language."
Reply  |  Post Message  |  Messages List  |  Start a Board

How do folks feel about FORTRAN? I'll admit a soft spot for the language, since it was the first one I learned back when dinosaurs roamed the earth.
Reply  |  Post Message  |  Messages List  |  Start a Board

Thanks for that bit of history @WilliamS492. I know I was surprised by just how quickly COBOL seemed to be overtaken by BASIC -- I think you're quite right in pointing at the Windows-ecosystem reasons.
Reply  |  Post Message  |  Messages List  |  Start a Board

@Bud, I've got a serious question for you: How is Visual BASIC as a first language for young people? I held onto a Turbo Pascal package for years to use in helping young folks program and I've since turned to the Arduino to get people started. If Visual BASIC will let them get into programming without spending hours figuring out windowing systems, then I'll have to take a much closer look at it for my nephew and his friends.
Reply  |  Post Message  |  Messages List  |  Start a Board
Page 1 / 2   >   >>
InformationWeek Is Getting an Upgrade!