Consumerization Is Forcing Techs To Improve Their Business Skills - InformationWeek

Consumerization of IT is putting greater pressure on techs to broaden their skills beyond information technology, lest they find themselves marginalized by skilled power users.

The consumerization of IT is putting greater pressure on techs to broaden their skills beyond information technology, lest they find themselves marginalized by skilled power users. Because users are more comfortable than ever with technology, they're more likely to attempt to solve their own tech problems before they call IT, especially with their self-provisioned devices. The only time they're likely to call IT is for overly complicated problems.

Take the upgrade to iOS 5. Ordinary users downloaded and installed the new OS en masse, without involving techs and without much worry about ruining their device or breaking apps. Later, when users discovered that the upgrade had actually degraded the device's ability to maintain a charge, they still didn't turn to their IT department for help. And they couldn't call Apple, because the company hadn't acknowledged the problem at that point and couldn't fix something that wasn't broken.

Instead, users worldwide gathered on the Internet to share their problems and eventual solutions, a method once reserved for techs. One suggested solution was to delete all contacts and re-sync. Who but the collective experience of millions could have come up with that? Such collective troubleshooting--users turning to each other and trying to help themselves--is an effective system that will improve over time as more people feel comfortable using it. 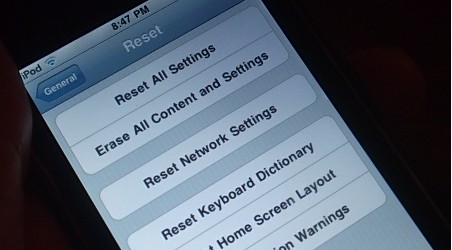 "People can troubleshoot most of the low-hanging fruit and feel fairly confident with the technology they use," said Kate Blatt, director of public relations at iPass. "They've been trained in the consumer world and in the workplace. Folks don't have problems making conference calls anymore."

So the tech in charge of that low-hanging fruit will see his job disappear. Many of these jobs are leaving for consultancies. The speed data travels through the pipe is now fast enough for servers to reside hundreds of miles away instead of in a chilled room in the same building. With those servers and services also go the jobs.

But that's not the whole story. Many traditional IT jobs are disappearing, but many others are being created in areas that were previously unimagined.

"I think two things are happening," said Blatt. "IT is increasingly being outsourced so the job still exists, but it doesn't exist within the company, or IT's role is becoming more strategic. They're less of a service organization and they're more of a strategic systems organization."

This means IT will be less about keeping the lights on and more about involving itself in the business end of the business they're in. Technologists can't remain ignorant of the businesses they support. An applicant who once looked great because she knew multiple programming languages looks better if she comes with a marketing degree.

The marketing firm Acquity Group, which hired hundreds of new employees this year--25% of which were straight out of school--looks for techs with a broader set of skills.

"We hire a lot of engineers and those engineers might be mechanical, electrical, or general engineering, with a business-minded engineering discipline," said Jim Newman, executive vice president of recruiting. "Those that have business-savvy skills, but they also have that analytical background."

In the near future, predicted Blatt, IT might not be in charge of its own budget. At Gartner's recent Symposium/ITexpo conference in Orlando, "Gartner analysts urged IT managers to 'reimagine' their departments and prepare for a 'post-modern world' driven by information, collaboration and mobility." In other words, if techs and tech departments continue to view themselves--as opposed to the users--as the center of tech in the enterprise, the department itself risks becoming marginalized.

"Your CMO may have a bigger IT budget than you do," Peter Sondergaard, Gartner's global head of research, told conference CIOs.

The gist of all this? The marketing department will hire marketers with tech skills or techs with marketing skills, but not just techs. Today's tech will compete with tomorrow's tech with business acumen.

"Right now, there's an explosive growth of technology within companies and there are huge opportunities for IT, but it has to be much more at the strategic and the executive level," said Blatt. "Helping to execute on the company's cloud vision, being tied to P&L, and working closely with sales."

We welcome your comments on this topic on our social media channels, or [contact us directly] with questions about the site.
Comment  |
Email This  |
Print  |
RSS
More Insights
Webcasts
What We Can Learn from Sports Analytics
The Failures of Static DLP and How to Protect Against Tomorrow's Email Breaches
More Webcasts
White Papers
From MFA to Zero Trust
Cyber Threats & Trends: Jan-June 2020
More White Papers
Reports
Evolution of Ransomware Gangs
How Data Breaches Affect the Enterprise (2020)
More Reports