How BYOD Can Complicate Support - InformationWeek

50%
Tweet
Often it seems that bringing in a consumer product to do business work will be straightforward and easy, but it doesn't always work out. BYTE's Dino Londis tells a tale of technical tribulation from the seemingly simple task of using an iPhone for dictation.

Advocates of Bring Your Own Device (BYOD) and consumerization have promised it would improve employee productivity because they can choose the device they want and access the data from anywhere they want. IT departments have resisted BYOD and consumerization, however, because their perception is they lose control of testing, the upgrade cycle, the data or even understanding fundamentally how the application works. The ease of use for the user creates an additional burden for the IT staff. Here's a perfect example. 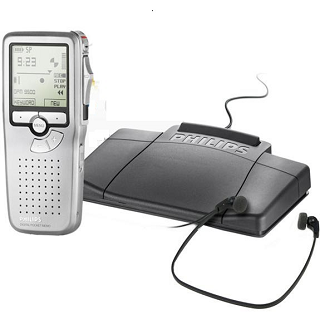 When I went to work in the IT department of my law firm, I inherited the maintenance and support of a conventional, PC-based dictation package called Philips SpeechExec. It's two clients: one for the person dictating and the other the transcriber. We didn't have enough SpeechExec users to justify the enterprise version, so each setup was a standalone. Any desktop admin will tell you trying to deploy multiple stand-alone packages comes with a built-in set of problems. The money you save from the cheaper product is more than spent on support.

When we migrated to Windows 7, I saw an opportunity to take advantage of the BYOD. Instead of carrying around a $500 dictation recorder, attorneys could download an app and dictate from their iOS or Droid device. Where they once had to return to the office and sync it, now they could send an email using their corporate account.

I told an attorney in a branch office to go to the iOS app store and download iProRecorder. I had been testing and using it for months and one of the attorneys -- who was a early adopter -- was happy with it. It was $1.99.

The attorney emailed me and was annoyed because it wasn't in the app store. I looked and he was right. In fact, it had been removed from on my iPad. I called that early adopter attorney and it was also gone from his iPhone. He was more annoyed because he had lost a dictation. Not only was the app removed without warning, so was his work.

iProRecorder, made by BIAS went out of business in June of 2012. Its website thanked customers for their business, but diminishing sales forced the BIAS to shutter its virtual doors and no longer offer support.

So I'm looking pretty dumb now and I had to find a new dictation program that met our needs without the cool comfort I had from the months of testing iProRecorder. Now I was scrambling for a solution. 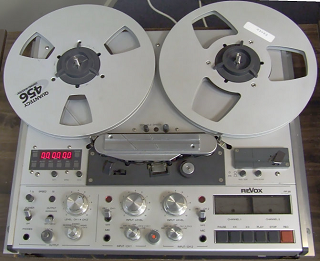 I next chose Dictate on Demand. It was lightweight and had some easy editing features and reasonable compression. Best of all it could be read by the secretary's Olympus DSS transcribing software. I did all the usual testing, making sure that a dictation can be created modified, saved, sent, received and finally opened with Olympus DSS Player Pro Transcribe. It worked on my PC and on the test secretary's PC. What could go wrong?

Two days later I got a call that the attorney sent the dictation, but his secretary never got it. Why? Because it was over 10MB and was stripped by the Exchange server. So where was it? Fortunately, it was still on the iPhone. I set up the file to compress before sending so this nine-minute dictation could squeeze through the mail server. It did, but the compression software had converted it from a WAV file to an M4a! That's when I find out the Olympus DSS Player Pro does not read M4a files. This isn't something I wanted to learn with the secretary looking over my shoulder. All that testing was for naught.

To further complicate matters, I only had an iPad first generation and couldn't reliably test the apps because iOS tops out at version 5.1 and current iPads run 6.1. I borrowed a newer one from the company and had to use the corporate account to download and test, somewhat under pressure to find a replacement app.

For the attorneys who could not wait, I had to return their old hardware and software so they could continue dictating while I hunted for a solution. I finally found Dictamus, a German product that was reasonably priced at $16.99 and met all our requirements for encryption, compression and being able to be read by the secretary's transcription software.

Because we're now working in a hybrid CoIT environment, the employee is part of the testing cycle, something they're not accustomed to and something IT admins would rather not involve them with. We want to thoroughly test something, deploy and forget. Employees are not used to the many testing iterations that IT performs on a regular basis. They've been conditioned to believe that when they get the software tools, they're absolutely ready. And because mom and pops like BIAS can go out of business and take your data with them, IT could have more surprises than usual on a Monday morning.