Data as Defense Against Disruption - InformationWeek

50%
Tweet
Companies like AirBnB and Uber are disrupting their industries with data. But just as data can be used to disrupt an industry, it can be used to protect it from outsiders.

A recent article in Harvard Business Review discusses how data has become a new tool for disruptive innovation. However, it is important to point out that, unlike some other forms of disruption, data is one that works just as easily as a defense against disruption as it does as weapon against incumbents.

In the article, Maxwell Wessel makes an excellent point about how data changes the usual perception of disruptive innovation. Usually we think of disruptions that are cheaper than the established brands. For instance, he points to classic disruption cases like the transistor allowing Sony to disrupt the TV market or Apple disrupting microcomputers and enterprise computing with an affordable PC. 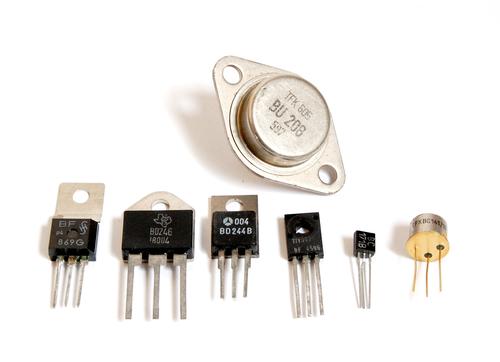 Data can do today what the tiny transistor did generations ago, disrupt or defend.
Credit: Wikipedia

But Wessel points out that recent disruptions have not all been based first on price, but rather data. For instance, Uber actually started in the high-end luxury car business that was highly fragmented. It was their data-driven platform that allowed them to get into cheaper car markets and disrupt the taxi industry.

Another example Wessel gives is Android and the iPhone disrupting the flip phone market with the creation of an app environment and new functions, rather than competing on price against much cheaper flip phones.

Wessel says that what these and other disruptions (Google's self-driving car is a potential future disruption that follows this pattern) is that data eventually allowed the disruptors to compete on price, but it was the data and insights from that data that got the disruptor to that point.

What Wessel does not say, however, because of the scope of his article, is that data disruption works differently than many of the other previous disruptions that did work on price. Take, for example, the transistor disrupting the existing TV market with the creation of portable TVs. The established console TV market didn't see the disruption of the transistor coming (for various reasons), and when it did see the disruption, it couldn't compete at first because the market had a legacy infrastructure and costs that Sony didn't have. Those costs and commitments to the wrong product made for a slower response from established competitors.

Now, instead, let's look at Google self-driving cars. The potential disruption Google offers comes from a specific kind of data -- because of Google maps, Google has the best data in the world on how cars drive, where they drive to, and generally how they are used. That data allows them to have great insights into how a self-driving car might differ from a regular car and how it might be function from a software point of view.

But here is where data is also a defense against disruption. What data is lacking for Google? They don't have 100 years of data about building cars. For its experiments, Google has simply modified existing cars with software and sensors. Who has 100 years of data in building cars? Ford. That's probably why Google and Ford just partnered to build self-driving cars. It is one thing to figure out how to modify a car, but it is entirely another to build a car factory from scratch and compete with multiple car makers with a century of knowledge.

If you are an incumbent company, you have one thing a startup doesn't have -- established data in your industry. And as an incumbent, you should have the budget and the customer base to "out data" potential disruptors.

If you get disrupted by data, it is because you failed to collect a set of data someone else does, and that makes you vulnerable. The best defense against data disruption is to think carefully about the data that could disrupt your industry. Think about data you wish you had but can't collect. That is where the disruption is coming from, and that usually means seemingly non-adjacent industries like the way Google and Ford appeared to be unconnected.

At the same time, think about the data only you have. What makes you an expert in the field you are in? That data is your defense. Think about how it can be used to slow down a potential disruption. What do your "enemies" have to learn that you learned decades ago? What can you use to provide new value propositions that might slow down a disruptor?

The new age of innovation disruption is here. Are you prepared for it? And do you have your defenses in place? Data isn't just your product or your service anymore. It is also what keeps you in business.