In the wake of AWS selling off assets in China the company is still expanding its presence there.

A while ago I wrote a post detailing just how different it is for technology vendors wishing to do business in China. I explained the slightly bizarre situation and how it might seem weird for these big hulking technology vendors like Amazon and Microsoft to cower in the face of government regulations. However, Chinese law is a stern beast, and if you want to do business in the absolutely massive market that is Chine, you need to play by their rules.

So the news that Amazon had sold “certain physical infrastructure assets” was a good reminder that doing business in China necessitates playing to a different set of rules. 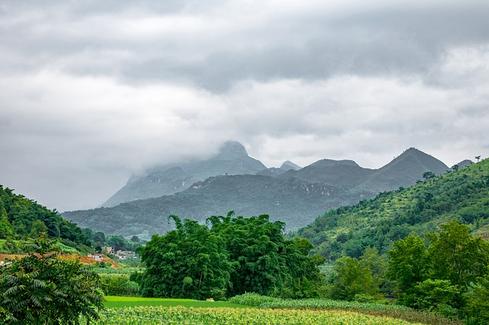 But the prize, it seems, makes that slightly distasteful reality palatable. That was highlighted only a month after the announcement of the asset sales with the news that AWS has opened another region in China. The opening was, of course, in partnership with a local company, in this case Ningxia Western Cloud Data Technology.

This is actually a big deal because, for customers in China, until now they only had a single AWS region to choose from in-market. AWS regards a region as a geographical area – sufficiently far apart from other geographical areas as to protect from climatic or natural disaster-caused outages. It should be noted that AWS generally has multiple zones within a particular region. So Chinese customers could previously failover to another Chinese zone, but now that will be increased to multi-region failover.

While only the second region in China, this is actually the seventh region in the Asia Pacific area.  In APAC, alongside Ningxia, AWS offers service in Beijing, Mumbai, Seoul, Singapore, Sydney, and Tokyo – a significant portion of the 17 total regions that AWS offers globally.

AWS has to deal with a frequently changing environment in China. The company started operating there in 2014, but since that time there have been many changes in regulations – new cyber security laws and increasing requirements about the location of data. But it’s not just the technological aspects that have particular requirements, AWS, like other vendors doing business in China, needs to seriously stroke the state’s ego. Indeed, this announcement from AWS came with a statement from a Communist Party official. The official chosen for the task, He Jian, is Secretary of Zhongwei Municipal Committee. He, in language that sticks exactly to Communist Party style said:

"We have developed a close collaboration with AWS based on mutual trust, and are delighted that our region is now offering highly resilient, high performance data centers to enterprises across the nation. We have already seen a rapid growth in the cloud computing industry, and with the unique resources of Ningxia combined with the mature expertise of AWS Cloud, we will set a great example for economic transformation in the west of China."

Not to be outdone, notwithstanding that (one assumes) he’s not a Communist party member, AWS CEO Andy Jassy was similarly glowing in his praise for the various stakeholders, he effusively stated that:

"Together with our partner NWCD, and with deep appreciation of the support we’ve received from the Zhongwei municipal government and Ningxia government, we’re excited to announce the launch of the AWS China (Ningxia) region, operated by NWCD. The second AWS region in China is part of AWS’s ongoing commitment to offer best-in-class cloud technologies to Chinese customers."

As I’ve mentioned before, China is a huge opportunity for Western technology vendors, and too good of an opportunity to walk away from. And those dollars make up for all the genuflecting they need to do to keep the Chinese authorities happy.

Ben Kepes is a technology evangelist, an investor, a commentator and a business adviser. Ben covers the convergence of technology, mobile, ubiquity and agility, all enabled by the Cloud. His areas of interest extend to enterprise software, software integration, ... View Full Bio
We welcome your comments on this topic on our social media channels, or [contact us directly] with questions about the site.
Comment  |
Email This  |
Print  |
RSS
More Insights
Webcasts
Monitoring Critical Cloud Workloads
Disaster Recovery/Business Continuity in the New Normal
More Webcasts
White Papers
Three Secrets to Stopping Ransomware Cold
Top Serverless Security Risks and How to Mitigate
More White Papers
Reports
[Tech Insights] SASE's Pandemic Boost Likely to Stick
The State of Cybersecurity Incident Response
More Reports