The future of the UK, and specifically of London, as the leading market for data centers in Europe could be affected by Brexit, according to an analysis by 451 Research. However, the split could also provide opportunities for the US.

The historic decision by voters in the UK to leave the European Union has generated an atmosphere of uncertainty about the role of London in the multi-tenant data center and hosting markets, a new report by 451 Research claims.

The report notes the Brexit vote could challenge the strategy of international hosting firms using London as their European base -- and could possibly prompt providers to consider other locations. It's also a huge people issue, with more than 1.5 million of them employed in "digital companies" throughout the UK.

"London is currently the European capital of the data center, hosting, and cloud markets," Rory Duncan, research director for European services at 451 Research, told InformationWeek in an interview. "It's considered somewhere that is easy to do business. It's the most cosmopolitan and diverse location in terms of IT service providers, has the broadest supply, the largest choice of facilities, a common working language, and a skilled labor force -- particularly in the tech-rich Thames Valley." 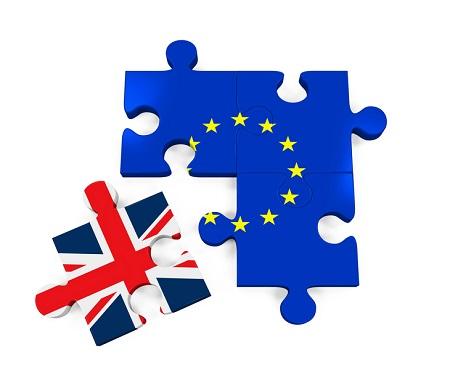 The uncertainty following the vote could mean other main metro markets for data center and hosting services in Europe -- like Frankfurt, Paris, and Amsterdam -- stand to gain from customers or providers looking to move their data or data center facilities out of the UK, Duncan said.

However, Duncan cautioned that while European providers may be opportunistically hungry for a slice of London's business, they face their own supply issues. For example, building permits can be much more restrictive and take longer to be granted.

"Perhaps Dublin potentially stands to gain the most from any immediate move: Some of the largest new data center builds are happening at the moment -- including facilities for Facebook and Apple -- and its location just across the Irish Sea and well-connected to transatlantic sub-sea cables might make it a convenient halfway house for some looking to have low-latency connectivity to the UK, but still be in the EU," Duncan said.

In the case of Frankfurt, internet exchanges such as DE-CIX have already heavily invested in new infrastructure in central Europe, as well as in peering capabilities at its DE-CIX New York facilities, thus making it easier to connect with Europe.

Across the pond in the US, the multi-tenant data center market is consolidating and maturing, but continues to see strong demand, Duncan explained.

However, many US-based providers are increasingly faced with decisions such as whether to offer higher-level services like hosting, cloud, or even managed applications, as well as what types of customers to target and where to expand, Duncan noted.

"The weakness of the pound makes some multi-tenant data center providers in the UK a more appealing target for US-based companies, and there may be opportunities to acquire individual data centers or partial operations from some pan-European providers that are looking to consolidate closer to home," Duncan said.

The 451 report also noted that, while businesses hope that the period of disruption is short- to medium-term in nature, time will show how Brexit will affect the IT outsourcing and services industries in the long term.

Duncan noted that the UK still has the biggest adoption rates in Europe for high-margin complex services higher up the stack, and that London has a huge customer base, including the public sector and banking and finance in the City of London.

Nathan Eddy is a freelance writer for InformationWeek. He has written for Popular Mechanics, Sales & Marketing Management Magazine, FierceMarkets, and CRN, among others. In 2012 he made his first documentary film, The Absent Column. He currently lives in Berlin. View Full Bio
We welcome your comments on this topic on our social media channels, or [contact us directly] with questions about the site.
Comment  |
Email This  |
Print  |
RSS
More Insights
Webcasts
Managing Your Enterprise Collaboration Platforms
Fact or Fiction? The Truth About Cloud Native Security
More Webcasts
White Papers
Policy as Code Guide - Design, Build, & Runtime
Incident Readiness and Building Response Playbook
More White Papers
Reports
CVE Weaponization Report
Why You're Wrong About Operationalizing AI
More Reports

The future of the UK is not clear yet. The Referendum was advisory only. It's in the hands of the Members of Parliament now to discuss about the consequences of leaving the EU, the economical benefits of remaining, and vote. Maybe it's a bit too soon to rush data centers elsewhere since it's not clear if the UK will effectively leave the EU, or not.