50%
Tweet
Young startups and seasoned seven-year-olds are moving into Gartner's Magic Quadrant on Integrated Systems, which takes the temperature of the hyperconverged infrastructure market.

Gartner has issued its latest Magic Quadrant on the suppliers of hyperconverged infrastructure, and along with the usual leaders -- HP Enterprise, EMC, and Nutanix -- several newcomers have made the cut this year. They include SimpliVity, Pivot3, and Atlantis Computing.

Gartner calls it its list Magic Quadrant for Integrated Systems.

By "integrated," the firm means servers, storage, and networking are rolled up together into a single box, with some kind of virtualization management software governing how the resources can be divvied up. Another term commonly used to describe such combinations is hyperconverged systems.

EMC and Cisco are among the pioneers of the field, because they created Vblock, which is a combination of Cisco servers, EMC storage, and VMware virtualization. Customers who could afford them liked the way the Vblocks had been preconfigured by the manufacturer for use upon installation as virtualized compute, networking, and storage, with no further adjustments needed. 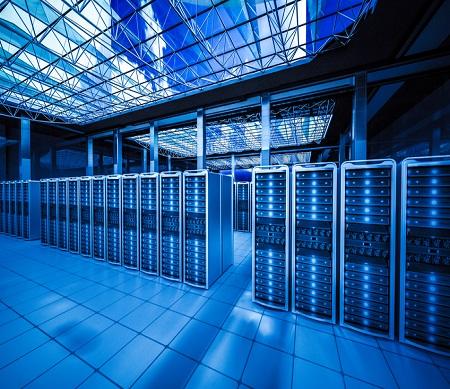 Another pioneer in the field was Nutanix, founded in 2009. It Acropolis solution supports both VMware and Microsoft Hyper-V virtualization, with open source KVM virtualization built in for good measure. Nutanix was an early example of a "unicorn," a startup that had reached a $1 billion valuation by 2013.

EMC, Cisco, and Nutanix are all listed as leaders in the Magic Quadrant for Integrated Systems released Oct. 12. HPE is in a top position, while Oracle, SimpliVity, and NetApp are in trailing positions, but still in the leader's quadrant. Oracle's "engineered systems," such as Exadata and Exalogic, are forms of hyperconverged infrastructure for database users.

SimpliVity is arguably the least known supplier in the leader's quadrant. It was founded in 2009, but spent over three years in stealth development of its OmniStack Data Virtualization Platform.

According to Gartner, SimpliVity has shipped 6,000 systems since 2013, and has a broad reseller network of 1,000 partners around the world. Its started out doing business with midsize companies that need to automate remote office and branch office locations.

It uses an accelerator card in a SimpliVity appliance to provide high-speed data compression and deduplication, as well as the execution of virtualized workloads. It also contains built-in backup procedures.

SimpliVity relies on Cisco, Lenovo, and Dell servers preconfigured to work with its governing software. Since its launch of the OmniStack Platform, it has become a building block in data centers and has served as a remote office automation device.

But Simplivity is "lagging behind other vendors in the adoption of all flash-based technology," the Gartner report warned.

Pivot3 moved from the "niche" label in the Magic Quadrant to become one of three occupants of the "visionaries" quadrant, in between Dell at the top and SGI at the bottom. Pivot3 started out supplying video surveillance processing units to the likes of FedEx and the Massachusetts Bay Transit Authority, and it's is now moving into a more mixed-workload, general purpose role in the enterprise data center.

Both customers say they now run more mixed workloads on their Pivot3 units.

Pivot3 builds its hyperconverged platforms on standard x86 server hardware. It supports its vSTAC software on Dell, Lenovo, and Cisco hardware. It will add NVMe flash as a storage option next year.

Gartner analysts point out that Pivot3, so far, is limited to supporting VMware virtualization and doesn't have the built-in data handling and recovery mechanisms of other vendors. But it is working on broadening its large-scale performance capabilities, which look attractive to many data center operators.

Atlantis Computing appeared in the Magic Quadrant for the first time this year as a venture-backed producer of hyperconvergence USX software. Since Februrary 2014, USX can be bundled on hardware from HPE, Lenovo, Dell, Cisco, and Supermicro to create Atlantis's HyperScale appliance, using all-flash storage. A HyperScale unit includes intelligent, volume-to-volume migration of files, and virtual machines through a patent-pending feature called Teleport.

Atlantis got a foothold in the integrated market by providing a virtual desktop infrastructure. It's expanded into hosting ERP applications and Microsoft Exchange, and provisioning remote offices or branch offices with compute and storage and network connections.

It can provide data protection through two-way replication. It provides protection against solid state drive failure or server failure through metadata-based snapshots. Atlantis HyperDup is "content-aware data services" that can provide in-line, deduplication processing, and both compression and input/output acceleration using the solid state memory, the integration report said.

[InformationWeek first reported on Vblocks at the start of 2012. Read Vblocks: Data Center Hope or Hype?]

Atlantis competes on price with a starter system installed for less than $35,000, the Gartner analysts found. The company provides "all-flash advantages at a similar cost to disk-based hyper-converged infrastructure systems," the report finds. But it is a non-transparent privately held company whose brand remains little recognized. Partner support is lacking in some countries, the report warned.

The opposite is true for major vendors, such as EMC, HPE, and Nutanix, when it comes to offering a long list of system integrators and other partners eager to help install their systems. Nutanix's 3,200 customers in 2016 represent 50% of the revenue in the hyperconverged, integrated market. Nutanix uses that revenue to invest $100 million a year in R&D to stay at the head of the market and keep its revenues growing at 82% a year.

Nutanix is knowm for the reliability and ease of its Acropolis hyperconvergence software upgrades. It's latest upgrade, release 4.6, had been adopted by 43% of the customer base within 100 days, the Gartner report found.

The company also completed an initial public offering on Sept. 29 with a valuation of $2.18 billion.

[Editor's note: This article has been corrected to describe Pivot3's hyperconverged platforms, which were incorrectly named in the original.]

Charles Babcock is an editor-at-large for InformationWeek and author of Management Strategies for the Cloud Revolution, a McGraw-Hill book. He is the former editor-in-chief of Digital News, former software editor of Computerworld and former technology editor of Interactive ... View Full Bio
We welcome your comments on this topic on our social media channels, or [contact us directly] with questions about the site.
Comment  |
Email This  |
Print  |
RSS
More Insights
Webcasts
Maximizing Database Performance to Improve Customer Experience
[Dark Reading Virtual Event] Your Crash Course on Cyber Attackers
More Webcasts
White Papers
Cloud Threat Report: Spring 2020
When and How to Best Leverage an MSSP
More White Papers
Reports
2020 Threat Hunting Report
Meetup Vulnerabilities: Escalation of Privilege and Redirection of Funds
More Reports