How Cloud Is Changing IT Investment Planning - InformationWeek

IT roadmaps are shifting as technologies like cloud, containers, and software-defined infrastructure change where and how enterprise resources are consumed and managed.

Is the cloud causing corporate technology deployments to speed up or slow down? The answer is both. Roadmaps once defined by three-year depreciation and upgrade cycles now have time horizons between 12 and 18 months.

In reviewing IT roadmaps during the last 5 years, we've seen the pace of change in cloud capabilities and growth of larger cloud footprints lead to accelerated investment in areas that a few years ago were considered questionable. Investment has also slowed in areas that were once near certainties. Our analysis points to three major investment shifts across the next 18 months.

Just a few years ago, most corporate IT departments restricted investment in public cloud services to a limited set of use cases, like temporary number-crunching for large datasets. Today, even highly regulated companies have declared a "cloud-first" strategy, in which the public cloud is the default option for new development.

This summer, we gathered data from 107 IT leaders across eight countries about the technologies they have in pilot today and are planning for 2017. Not surprisingly, the largest category of active pilots involved cloud services. What was surprising was that several of these pilots were for capabilities that were not on most roadmaps a year ago, such as cloud-based disaster recovery. 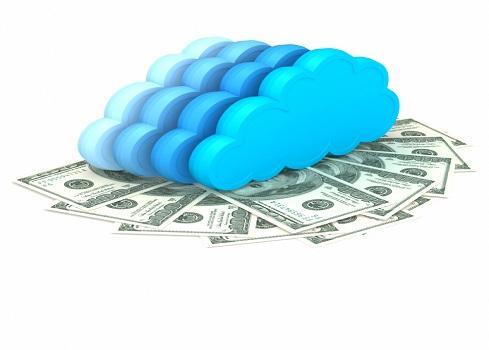 This pivot from "cloud-skeptical" to "cloud-first" has two implications for IT's investment strategy. First, IT leaders have largely become convinced that the range of cloud capabilities available has begun to equal, if not outpace, the capabilities that corporate IT can offer. Moving forward, dollars spent on-premises are likely to be directed towards digital development in products and services, customer channels, and automated operations, rather than on commodity infrastructure.

Second, the pace of cloud evolution makes for less predictability in where and how organizations should invest. For example, the rapid rise of container technology -- already in pilot at a majority of organizations -- has raised some questions around whether investment in that technology will substitute (or supplant) investment in current platform-as-a-service technologies. This will drive more competitive repositioning among providers but also require more nimble and attentive IT investment planning.

At the same time as we witness a rise in cloud investment, we're seeing a pause in new technology investment inside the corporate data center. The shift to cloud-first is not the sole factor here. Trends in IT infrastructure technologies, including hyperconverged and software-defined, have blurred the lines between formerly distinct hosting, storage, and network domains. Despite the value that many new data center technologies provide, most corporate IT departments remain wary of the disruption that they pose to legacy architectures, processes, and team structures.

Software-defined is a case in point. The roadmaps we've gathered from hundreds of global IT leaders during the last 4 years show continued delays in the planned implementation of software-defined networking and storage technologies due to concerns over readiness. The question of what goes into a data center is not just a matter of figuring out what goes to the cloud versus what stays on premises.

It's also a matter of figuring out how the IT infrastructure organization will be configured to support what is on-premises. Effective use of software-defined networking, for example, requires scripting skills among those engineering and managing the network. But many IT leaders are still determining whether this should fall to a conventional network engineering team or a broader full-stack team.

Lastly, the growth of cloud will continue to shift corporate IT's performance burden away from the data center and toward the wide-area network. This is both a capacity and architecture problem, as organizations prepare for additional critical and unpredictable traffic -- at much higher volumes -- across public broadband networks. It's for these reasons that software-defined networking, an investment on pause for the last several years, appears alongside network virtualization technologies in most organizations' plans for the next 18 months.

But planning for the network presents a paradox for many corporate IT departments. Roadmap horizons across other technology domains have shrunk, but a comprehensive deployment of network virtualization and software-defined networking is likely to be a multi-year project. Essentially, corporate IT leaders face the decision of how much to commit today to changes in network architecture based on what they anticipate will happen with the cloud in the future.

Ultimately, what we're seeing in corporate technology roadmaps is less about the pace of investment and more a fundamental repositioning of corporate IT brought about by the cloud. This shift holds real promise in terms of moving roadmaps toward innovation and transformation. But it will require a more continuous and diligent approach to IT investment planning -- from a rote effort to one that delivers capability and change.

Mark Tonsetic is an IT practice leader at CEB, a best practices insight and technology company. He works with leaders in infrastructure and applications, helping them cut through the noise and manage the changes that new technologies promise for IT departments. View Full Bio
We welcome your comments on this topic on our social media channels, or [contact us directly] with questions about the site.
Comment  |
Email This  |
Print  |
RSS
More Insights
Webcasts
Fintech at SaaS speed: Navigating the scale & security challenge
Bolstering Your Enterprise Cyber Risk Assessment
More Webcasts
White Papers
2021 Digital Transformation Report
The Underground Economy: The Dark Web and the Rise in Sophisticated Attacks
More White Papers
Reports
Cloud Misconfiguration Mayhem
2021 Application Security Statistics Report Vol.1
More Reports