A survey sponsored by Riverbed and conducted by Wakefield Research finds corporate networks will be tested as the 2016 Summer Olympics get underway in Rio.

With the 2016 Summer Olympics starting today in Rio de Janeiro, many employers will be monitoring their corporate networks to see whether customers and internal users are being displaced by their employees' appetite to watch events.

Riverbed, the company that makes network and internet acceleration products, sponsored a survey on how IT professionals were coping with the potential for increased network strain and volatility as the Olympics get underway.

Atos SE, the supplier of Olympic video and data, including results, from the games, has made a special effort to make the Rio de Janeiro events accessible on many different types of devices, including mobile devices.

Nearly everyone has their favorite events to watch over the coming week, which poses the question: How should network managers anticipate what the effect of that will be?

Riverbed commissioned Wakefield Research, a professional survey firm, to find out and then presented the results in "The Riverbed Global Network Strain 2016 Snapshot Survey." 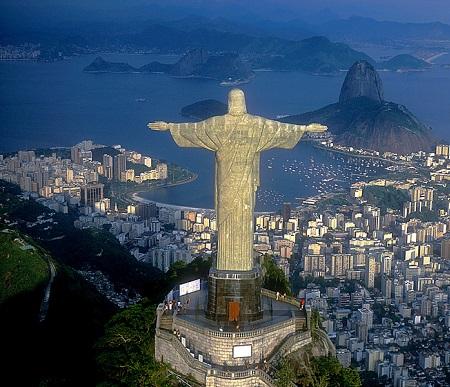 The main result was that 85% of those interviewed considered it likely that they would have to monitor their corporate nets for traffic impacts due to Olympics-viewing by employees. The survey depended on the terms "likely" and "very likely" for its main finding. Of the 85%, nearly half (42%) of the same group said they were "very likely" to need to monitor their networks, according to the report.

The managers expected employees to be using both the corporate wired and WiFi networks in their activity.

In addition, those surveyed reported that they saw most employees accessing Olympics data through their desktops and laptops (48%), followed by smartphones (34%), and finally by tablets or other mobile devices (18%).

The manager group surveyed in Brazil, where the games are being hosted, concluded that more employees would access events via smartphone (44%) than by any other means. It was the only country where smartphones lead all other devices, the report found.

The same concern was found in an earlier survey by TEKsystems, which interviewed 600 IT managers and found that 72% expect "a major or moderate increase in internet usage at their companies due to workers streaming swimming, gymnastics and other competitions," according to the report.

Mike Sargent, senior vice president at Riverbed, urged firms to prepare for unexpected peaks as popular events occur. Employees who seek access to results, streaming online content, or web applications tied to the Olympics can cause "a significant increase in network traffic ... and a related increase in volatility of network demand," he said.

Charles Babcock is an editor-at-large for InformationWeek and author of Management Strategies for the Cloud Revolution, a McGraw-Hill book. He is the former editor-in-chief of Digital News, former software editor of Computerworld and former technology editor of Interactive ... View Full Bio
We welcome your comments on this topic on our social media channels, or [contact us directly] with questions about the site.
Comment  |
Email This  |
Print  |
RSS
More Insights
Webcasts
Optimizing App Performance in the Cloud
Cybersecurity's Next Wave: What You Should Know
More Webcasts
White Papers
Why Add Security to Your Skill Set and How to Do It
Improving Security by Moving Beyond VPN
More White Papers
Reports
Intelligent Outcomes Are Key to Business Resilience
The State of Cloud Computing - Fall 2020
More Reports
Copyright © 2021 UBM Electronics, A UBM company, All rights reserved. Privacy Policy | Terms of Service