50%
Tweet
One major belch from the sun can destroy our ability to connect to the grid and leave us in the dark for months. So says science journalist Lawrence Joseph in his new book, Solar Cataclysm: How the Sun Shaped the Past and What We Can Do to Save Our Future, reviewed by BYTE columnist Bob Guccione Jr.

Update: Two dates have been changed in the column below. Thanks to reader Lawrence Joseph for the correction.

I miss the old sandwich board men from my distant past in England, who would walk around the streets with handwritten signs on their front and back proclaiming that the end of the world was nigh. They were low-tech prophets of doom in a then-low-tech world, for whom even the quaintness of cars and buses and air travel and public telephones was too great a violation of God's preferred simplicity. Every new day mocked them and stretched the generosity of the word "nigh". They have, so far, been wrong, although by now I suppose each of them has ultimately turned out to be correct in his own case. 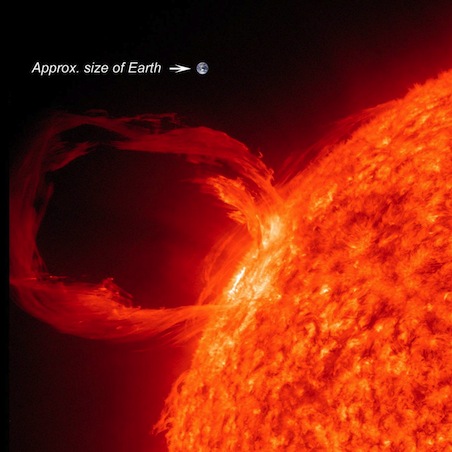 Perhaps they were the last unsettled ghosts of World War II, trying to impart a message before they migrated to eternity. For a while they were fixtures on big city main streets and on the edge of parks where strolling crowds would congregate to hear speakers standing on overturned boxes. Eventually they became extinct, the only remaining trace their comical likeness in cartoons, symbolizing madness and futility.

But the Apocalypse never really goes away does it? It's the ultimate monster under the bed. Science journalist Lawrence Joseph is a latter-day sandwich board man who recently released his new book Solar Cataclysm: How the Sun Shaped the Past and What We Can Do to Save Our Future [Harper One, 2012], about how one particularly nasty belch from the sun could plunge most of the Northern Hemisphere into mass, death-causing, darkness.

You might think a writer whose last book was titled Apocalypse 2012: A Scientific Investigation Into Civilization's End had exhausted his reservoir of doomsday scenarios. But no, he hasn't. His new book makes the previous one look like a prose poem on flower arranging. Joseph has a theory he calls The Moody Sun Hypothesis, which in his words states that "fluctuations in the Sun's behavior shape our history, our daily life and future in ways that most of us have never imagined." Solar cycles rise and fall evenly, for a period of about 11 years, and the climax of the cycle causes "increased geomagnetic activity here on earth." Sometimes the sun gets "into a mood" and those troughs of time away from their normal pattern can last decades or centuries, precipitating Ice Ages and periods of great global warming. And every once in a while the sun gets almighty indigestion and literally passes gas -- billion-ton clouds of it. Destructive solar blasts wallop the Earth, profoundly changing the climate and human life built around an expectation of basically unchanging weather. According to Joseph, we're due for one of those any day now.

In his book, which is hugely enjoyable and well-written, he reports that three recorded extraordinary solar explosions hit the Earth in 1859, 1909 and 1929 1921. "The countdown to the end of civilization as we know it," he writes, "began on August 28, 1859, when Earth was engulfed by the first of two mammoth plasma fireballs." Jules Verne couldn't have started a book better than that! The second, bigger fireball hit five days later. Collectively this is known as the Carrington Event, after the British astronomer who observed and defined it. It disrupted the Earth's crude infrastructure of telegraph lines and sea navigation, sending boats off course, and started fires around the globe. Today, posits Joseph, our modern, sophisticated, interconnected and fragile electrical grid and technological infrastructure would be destroyed by the electromagnetic pulse from an equivalent blast and be out of commission for months, maybe a year. This would go beyond the conventional inconvenience and spoilage of a power outing. This would set off a chain reaction whereby every system and service we depend on would collapse and people would die of exposure and nuclear power plants would melt down.

All of which, I know, sounds mad. One hopes it is. But it's grounded in fact and serious scientists have come to the same conclusion. (See Severe Space Weather Events: Understanding Societal and Economic Impacts, written by the National Academy of Sciences, in collaboration with NASA. I mean, if you have it lying around.)

There is meaningful disagreement, particularly about whether such an immense solar blast could overwhelm the mighty protective shield of the Earth's atmosphere, with a senior Goddard scientist for one on record as saying it couldn't, and Joseph countering that it has several times before.

Joseph's wider, more diffuse and less sensational point is that scientists and ordinary people underestimate the effect the sun has on our planet. We take it for granted as our ultimate power source, but don't think about what the consequences must be when the Sun's delivery drastically fluctuates. We're oddly in denial of the correlation between solar activity and our climate.

Joseph told me about attending a solar physics conference in Colorado in the late summer of 2005, which, ironically, coincided with the second wildest weather week in recorded history -- Katrina had just hit and hurricanes Wilma and Rita were on their way. None of the presenters brought this up. At a coffee break Joseph asked a German physicist why. A), answered the scientist, everyone was only interested in talking about his own work, and b) it was politically incorrect. He told Joseph to read the handbook they'd been given, which concluded that the Sun was responsible for 30% of global warming for the last 150 years. Flabbergasted, Joseph asked why this wasn't generally acknowledged. "Scientists are afraid that polluters would seize on this and continue polluting," the German said, to which Joseph replied: "You're supposed to provide truth, not make policy decisions." 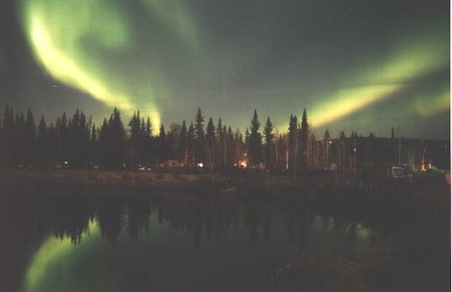 Solar Cataclysm cites a number of near hits in recent years -- a geomagnetic storm knocked out the electric grid powered by Hydro-Quebec in Canada in March 1989, and in October 2008 2003 a solar storm hit 14 transformers in South Africa, damaging the country's infrastructure for years. In this country we still apparently have not taken any steps to guard against the possibility of a really massive solar hit.

So there is Joseph, the lone prophet on the street, shouting that the end is nigh and everyone is just walking by. Why, I ask him?

"People are concerned with bread and butter issues, red and blue states," he reflected. "When you find something of awesome significance, you tilt. It renders one intellectually impotent. It's just too large."

They say the planet comes to an end in December 2012, so finances cannot be of much concern, correct? But what if the doom-Sayers are wrong? Individuals have been predicting Doomsday since the start of time. Guess what? None of them have been correct so far.
Reply  |  Post Message  |  Messages List  |  Start a Board
Editors' Choice
Hot Topics