A researcher has found a way to jailbreak a Microsoft Surface or other ARM-based Windows RT system. Research to find a reason to do so is a much harder task.

Word is spreading of a jailbreak for Windows RT, or rather a vulnerability in Windows RT that can be exploited to produce a jailbreak. What does that mean? Windows RT is the ARM processor-based version of Windows 8 that runs on Microsoft's Surface RT and some OEM devices. Just as Apple restricts app installs on iOS to their own App Store, Microsoft has restricted Windows RT users to installing only apps from the Windows Store.

So why would you want to do this on Windows RT? There are, as of yet, no unauthorized apps. The idea in many of today's stories on the jailbreak seems to be that you will be able to run legacy Windows programs, but this is pretty obviously mistaken: legacy Windows programs are, almost exclusively, compiled for Intel processors, and never for ARM. They can't run on RT. Computerworld's Richi Jennings tells me that tests show .NET apps run unmodified, but even if that's true, who cares? How many .NET apps do you have lying around that you want to run on your Surface?

I don't want to denigrate the research done by "C. L. Rokr." Work like this is important for security, and the jailbreak is an exploit of a vulnerability. But his "discovery" that Windows RT is basically just Windows is not much of a discovery. That's what it's supposed to be.

And is a jailbreak useful for Windows RT users? Not really. If you want to run legacy Windows apps, buy an Intel-based Windows 8 system instead of RT. There are actually programs available for it and the system is designed to run them.

Hat tip to Richi Jennings's IT Blogwatch in Computerworld.. 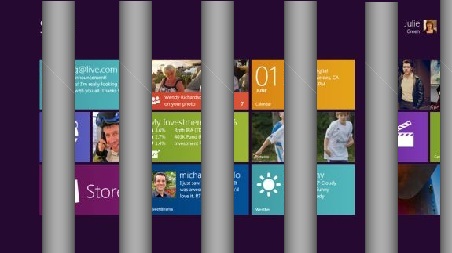 We welcome your comments on this topic on our social media channels, or [contact us directly] with questions about the site.
Comment  |
Email This  |
Print  |
RSS
More Insights
Webcasts
Data Protection 101 - 12/10 @ 11am EST
Architecting Security for the Internet of Things
More Webcasts
White Papers
Crisis as an Opportunity for Reinvention
Are Unprotected Cloud Databases Leaking Your Data?
More White Papers
Reports
2020 Threat Hunting Report
Meetup Vulnerabilities: Escalation of Privilege and Redirection of Funds
More Reports