Microsoft will increase production of Surface RT and expand distribution to new retailers. Currently the device is available only in Microsoft stores and their online store. The company will also extend the life of their holiday stores, making some permanent.

Despite rumors to the contrary, Microsoft has announced that it will expand production of the Surface RT and its distribution to more retailers as soon as mid-December. The U.S. and Australia are specifically mentioned for near-term distribution. Other countries will be included in the distribution expansion "in the coming months," according to Microsoft.

In a press release, Panos Panay, General Manager of Microsoft Surface also said that the company would extend the planned life of its holiday (or "popup") stores into 2013. Some of the stores will become permanent, while others will transition into "either permanent brick-and-mortar retail outlets or specialty store locations." 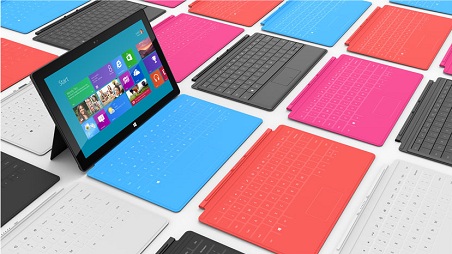 We welcome your comments on this topic on our social media channels, or [contact us directly] with questions about the site.
Comment  |
Email This  |
Print  |
RSS
More Insights
Webcasts
Architecting Security for the Internet of Things
Succeeding With Secure Access Service Edge (SASE)
More Webcasts
White Papers
Exclusive IT Trend Report: Chatbots
The $500,000 Cost of Not Detecting Good vs. Bad Bot Behavior
More White Papers
Reports
2020 Threat Hunting Report
Meetup Vulnerabilities: Escalation of Privilege and Redirection of Funds
More Reports