Samsung is using Mobile World Congress as its own personal stage. Before the world's biggest mobile event kicked off, the company putting on quite a show itself, with dancers, a live orchestra and, oh, yes, some new devices, too. Namely, a second generation smart phone (Galaxy S II) and a 10-inch tablet (Galaxy Tab 10.1). These devices will be available in February and March, respectively, but, in typical Samsung fashion, only in Asia and Europe at first. The company will make a North American a 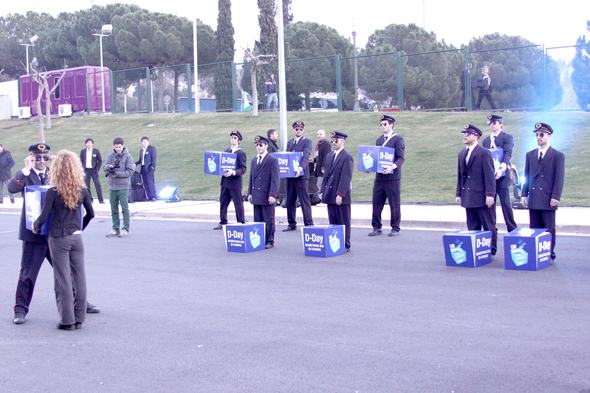 Samsung teased its new products during the days leading up to Mobile World Congress. These dancers performed all over Barcelona, from the airport to the spectacular Sagrada Familia (a famous Gaudi cathedral) to the trendy Las Ramblas, and even on the beaches of the Mediterranean. It's just a phone, but thanks for the entertainment. 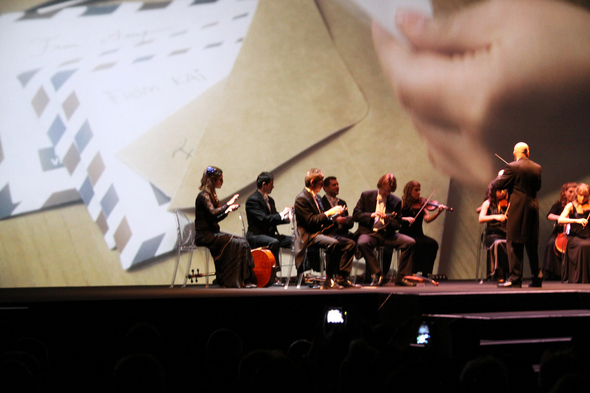 Inside, Samsung had an orchestra, fresh from the Royal Academy of Music in London; some of the orchestra's members seemed to be playing music on a phone (undoubtedly a Samsung phone). I'm sure Mozart envisioned it all this way. 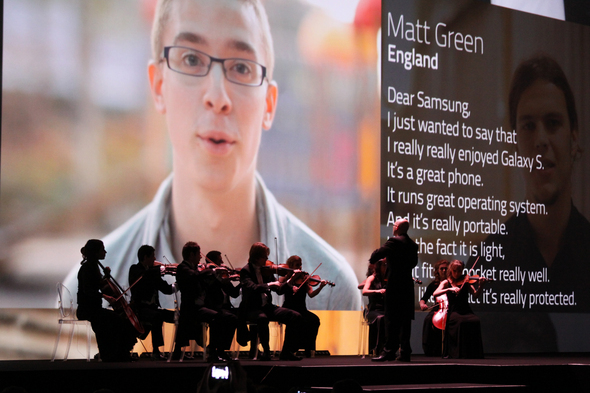 The event's theme revolved around letters (or was it "episodes"? no matter) -- letters from the 10 million or so Galaxy users who were somehow inspired by their use of the phone. Their stories were told at the event. Nobody will ever remember it. We all just wanted to see the phones. 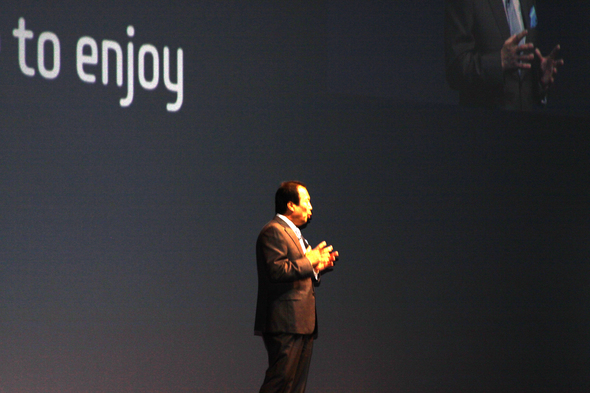 Samsung President and Head of Mobile Business Communication (yes, his official title reads: "head of") kicked things off, talking about how his company had become the #1 Android manufacturer in the world. 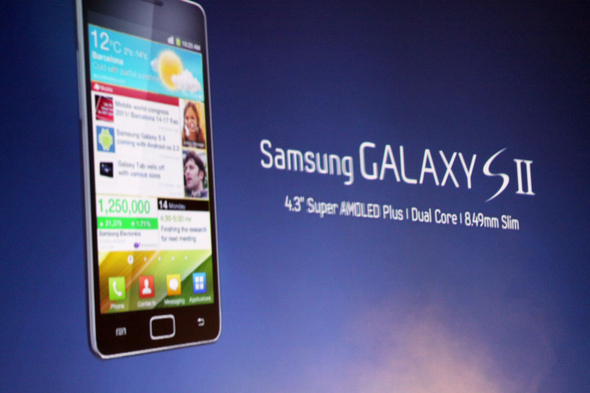 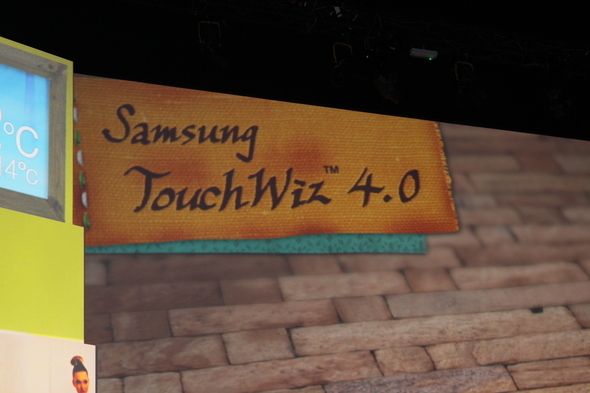 The GalaxyS II includes a customizable user experience, running on top of Android 2.3 (Gingerbread). Touchwiz 4 is the latest version. However, the company has decided to present a simple concept of hubs for presenting the most common information. Those hubs include games, music, reading and social. 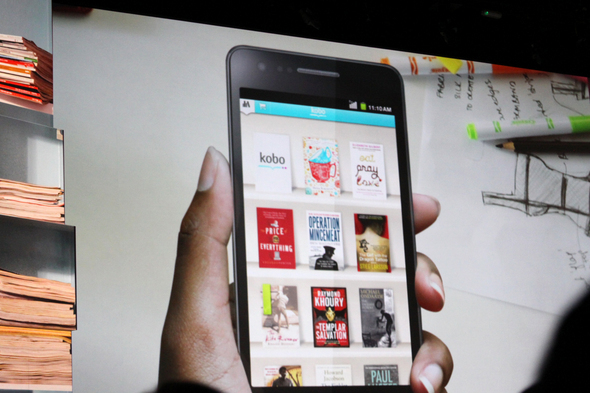 The Reader Hub is another aspect in the continuing push to get people to read books on a smartphone. 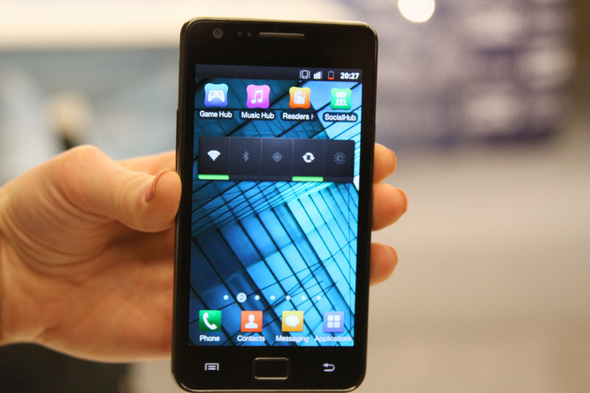 The GalaxyS II display and all of its other features are amazing. But Samsung spent plenty of time emphasizing its enterprise support as well, from Kies for wireless sync and management, to support for Cisco Voice over IP over Wifi, to the company's partnership with Sybase for mobile device management. This last item is key: Sybase makes it possible for IT to keep work and personal items separate, along with enabling enterprise application support. The device also includes a hefty amount of security, including hardware acceleration for on-device data encryption, among a host of other similar security features. 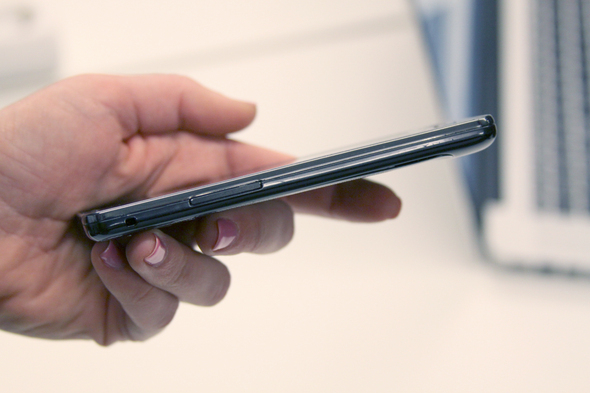 The GalaxyS II is super thin (849 mm) and super light (116g). This is the lightest smartphone I've ever seen (and felt). That it packs some walloping features into such an efficient package is remarkable. It includes a 1650 mAh battery. It has an accelerometer, gyro sensor, digital compass and proximity sensor. It supports DLNA and includes an option for NFC connectivity. (Bluetooth 3.0 and Wifi a/b/g/n are also supported.) 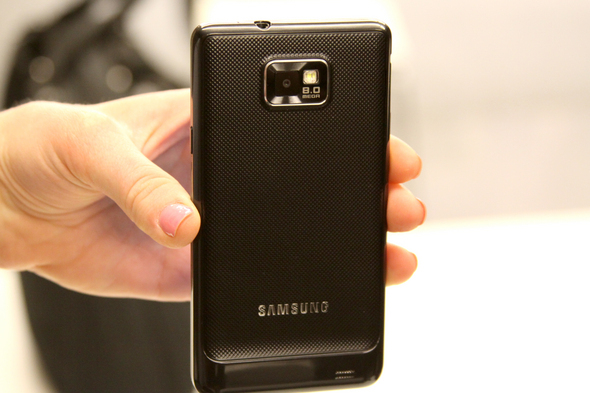 Media capabilities are packed into GalaxyS II, including an 8 megapixel camera that can capture HD video at 1080p. It also includes a front-facing 2 megapixel camera for applications like video chat. Samsung also spent a considerable amount of time talking about voice recognition and voice commands, which can control everything from user input on messaging functions to the normal voice commands for dialing and other hands-free operation. 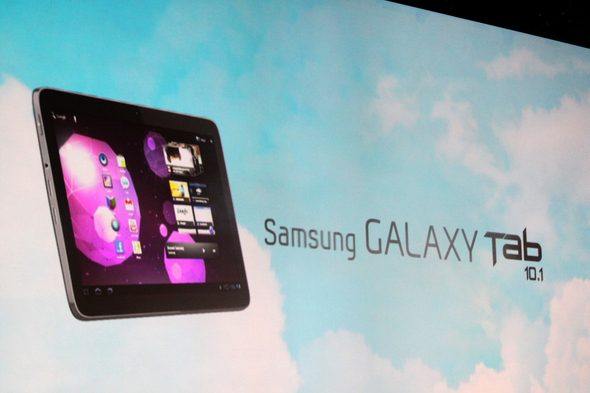 The Samsung Galaxy Tab 10.1 is the second in the Samsung tablet line-up. Its first foray was a 7-inch device. The new entrant will run Android 3.0 (Honeycomb), which is optimized for tablets. Motorola is expected to have the first shipping Android 3.0 tablet later this month (the Xoom). 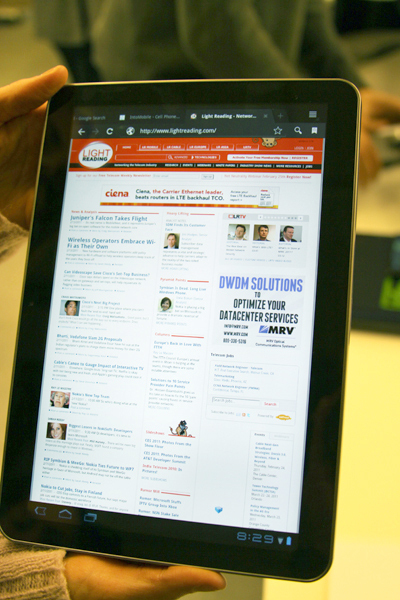 The new Samsung tablet packs all the normal features of any 2011 tablet, including dual-core processor, front and rear-facing cameras and more. 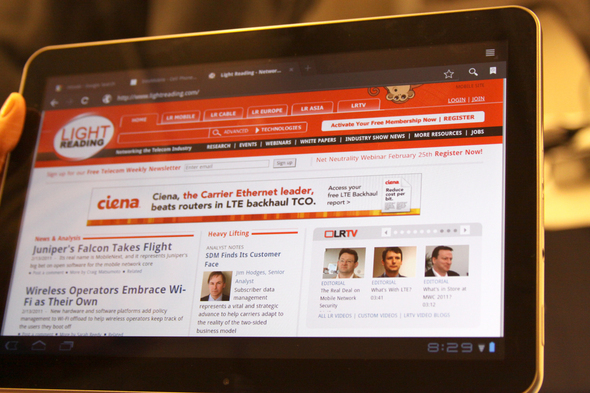 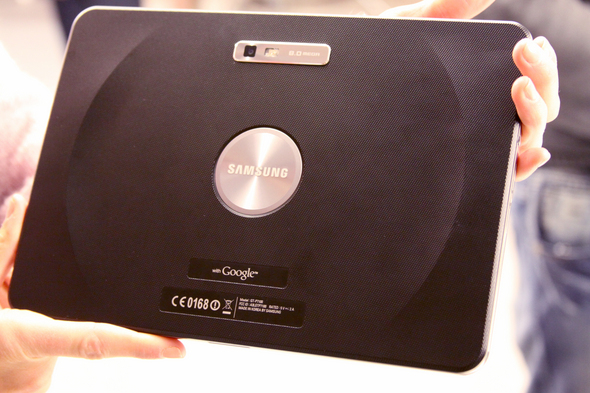 There are two cameras on the Galaxy Tab 10.1: the 8 megapixel, HD camera on the back, and a 2 megapixel front facing camera. 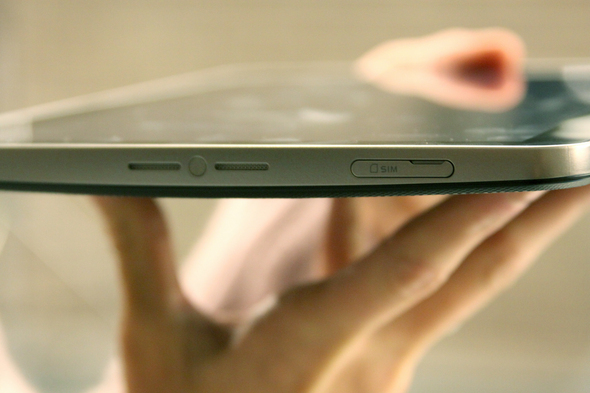