50%
Tweet
The 512-core M2090 graphics processing unit is the world's fastest parallel processor for high performance computing, according to the company.

Slideshow: Government's 10 Most Powerful Supercomputers
(click for larger image and for full slideshow)
Nvidia announced Tuesday the release of its Tesla M2090 GPU, which the company claims is the world's fastest parallel processor for high performance computing.

Nvidia's fastest GPU claim comes from a study it conducted using the life-sciences application Amber, which simulates the behaviors of biomolecules. With four Tesla M2090 GPUs coupled with four CPUs, Nvidia measured a performance of 69 nanoseconds of simulation per day on Amber. The previous fastest Amber performance was recorded at Oak Ridge National Lab's Kraken supercomputer; running 192 quad-core CPUs it took one day to simulate 46 nanoseconds of the bio-molecule interactions, the company said.

"With just four GPUs we were able to run the fastest simulation for this application," said Sumit Gupta, product lead for the Tesla business at Nvidia, in an interview. "To run this kind of simulation in the past, you needed to run it on a supercomputer." The M2090 is targeted for use in high-performance computers in the sectors of higher education, government, life sciences, and oil and gas. Now, with the capability to use parallel GPUs in servers, organizations of all stripes can take advantage of high performance computing, Gupta said.

"I think that most interesting thing is that here is a single server or two that every professor or researcher can have, but getting access to a supercomputing center is extremely limited," Gupta said. "So really these GPUs can democratize access to supercomputer capabilities so more people can do science and more people can make these discoveries." 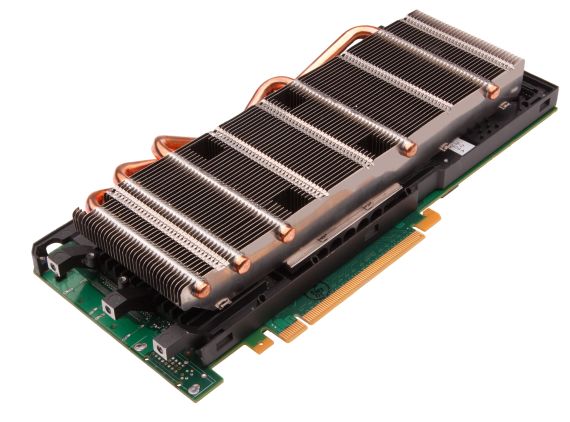 An example is the HP ProLiant SL390 G7 server, which uses eight Tesla M2090s and two CPUs, which can create 100 teraflops in a rack of 10 servers. The system is ideally suited for applications ranging from quantum chemistry and molecular dynamics to seismic processing and data analytics, Nvidia said. The ProLiant pricing begins at $2,239. 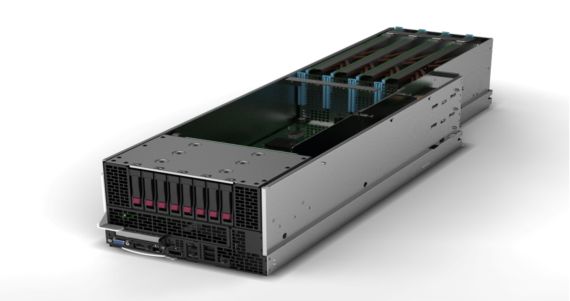 For running applications across parallel execution of CPUs and GPUs, Nvidia offers CUDA, which allows developers to configure applications according to parallel performance. Nvidia also supports the open-standard parallel programming framework of OpenCL.

The high-volume applications Nvidia's GPUs are suited for include molecular dynamics, fluid dynamics, earth sciences, and engineering simulation. With the higher capacity and speed of the new M2090 GPUs, research and exploration will also get a big boost, Gupta said.

"In the oil and gas industry, when they do seismic gas processing, the more they can compute, the more accurate their drilling decisions are. That literally translates to hundreds of millions of dollars in revenue," he said.

Vendors are fighting it out in the market for integrated network, computer, and storage systems. In the new all-digital issue of Network Computing, we go ringside to help you pick a winner. Download the issue now. (Free with registration.)