RIM has added a free voice chat service to the next version of their popular BlackBerry Messenger service. BBM Voice users will be able to make free voice calls over Wi-Fi connections to other BBM users. The new feature is part of BBM version 7, announced today, and currently in beta test.

Research In Motion (RIM) has added a free voice chat service over Wi-Fi connections to their popular BlackBerry Messenger (BBM) service. The feature, BBM Voice, is part of BBM version 7, announced today. This version will run on BlackBerry 6 OS or higher and support is planned at a future date for BlackBerry® 5.

BBM 7 is in open beta. RIM has not announced an availability date. Users who want to test the program can sign up in the BlackBerry Beta Zone. The Beta Zone is not available in all countries.

RIM has announced that BlackBerry 10 OS and phones will be released at an event on January 30, 2012.

BBM 7 users can not only initiate voice calls, but switch between BBM text chatting and talk in the middle of a call.

BlackBerry may be on the decline, especially in the US, but it remains very popular abroad, and BBM is one of its most popular features. 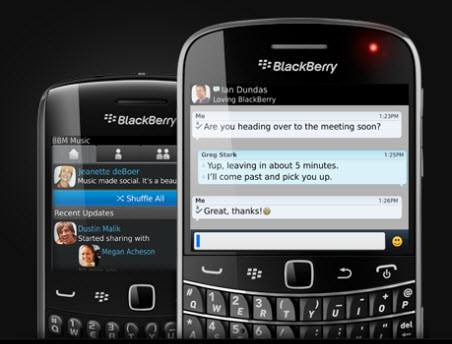 We welcome your comments on this topic on our social media channels, or [contact us directly] with questions about the site.
Comment  |
Email This  |
Print  |
RSS
More Insights
Webcasts
Architecting Security for the Internet of Things
Succeeding With Secure Access Service Edge (SASE)
More Webcasts
White Papers
5 Key Steps for Assessing Your Security Effectiveness
The $500,000 Cost of Not Detecting Good vs. Bad Bot Behavior
More White Papers
Reports
Annual Global State of the WAN
Building an Effective Cybersecurity Incident Response Team
More Reports