Docker Shifts Toward the Enterprise - InformationWeek

With Docker having announced a more enterprise focused product line, now is the time to compare each of the Docker platform versions so you have a better sense of your options.

Container technology has already proven itself within test and development environments. In many cases, the technology is now ready for enterprise production deployments. Right on cue, Docker Inc., the company that is often credited for popularizing container technology, recently announced a new version of the Docker platform that they say is "optimized for business-critical deployments". The platform, known as Docker Enterprise Edition (EE) differentiates itself from the free Docker products, which have also been renamed Community Edition (CE). Today, we're going to compare each of the Docker platform versions so you have a better idea of what your options are.

One major contrast between enterprise and community editions of Docker deals with the operating systems they are supported on. While CE operates on desktop-oriented platforms such as Mac, Windows 10, Fedora, and Ubuntu, EE runs on server-centric operating systems such as Red Hat Enterprise Linux (RHEL), SUSE Linux Enterprise Server (SLES), Oracle Linux, and Windows Server 2016. So clearly, if you're going to be serious about deploying Docker in your network as part of a larger data center strategy, the OS you want to run Docker on is likely to be one supported in the enterprise edition.

The biggest news surrounding the Docker version reshuffle deals with Docker’s new certification program. Specific infrastructure, container builds, and plugins can receive Docker's certified stamp of approval that the software has been thoroughly tested on EE. Per the official Docker blog, the certification program "gives enterprises a trusted way to run more technology in containers with support from both Docker and the publisher.

Customers can quickly identify the Certified Containers and Plugins with visible badges and be confident that they were built with best practices, tested to operate smoothly on Docker EE". From an infrastructure perspective, a "certified infrastructure" includes operating systems and cloud providers where the Docker platform is specially integrated, optimized, and tested for reliability. Looking at "certified containers" -- this is where third-party vendors have the ability to package and distribute their software as pre-built containers that Docker then thoroughly scans and reviews. Lastly "certified plugins" characterize third party extensions that add features and capabilities to the base Docker Engine. All certified plugins must adhere to strict best-practice coding and API compliance standards. 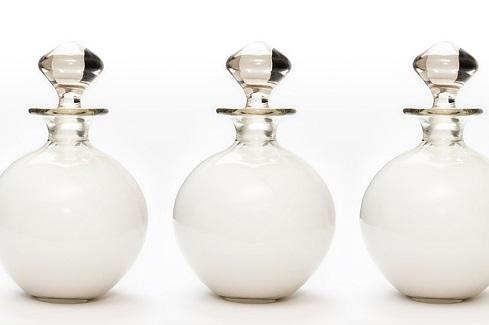 Versions within Enterprise and Community Editions:

Looking at the different versions within the Community and Enterprise Editions, CE has two while EE has three. For CE, the "Edge" is the beta version with all the latest features – while giving up some stability. This version uses a monthly update scheduling process. The "Stable" version is just that, the less feature-rich, but more stable version that uses a quarterly update schedule. From an Enterprise version perspective, you can choose from Basic, Standard and Advanced. With basic, you get Docker Inc. support and the peace of mind that you can run certified containers and plugins that can be found on the Docker Store. The Standard EE version adds support for advanced containers, LDAP user integration as well as superior access control features that are known as Docker Datacenter. Looking at those two, most infrastructure administrators would automatically gravitate toward the standard tier as the end-user integration and more advanced capabilities provide tools necessary in enterprise data centers. Finally, the Advanced EE tier adds an extra layer of data security with the inclusion of vulnerability scanning and alerting tools. All EE tiers run on a quarterly update schedule and each update is supported for up to a year from release.

Clearly, Docker Inc. is working to position their Enterprise Edition platform to streamline the timing of releases -- and to ease concerns as it relates to the stable operation and management of containers in mission-critical data centers and cloud deployments. These changes show that Docker is ready to make a serious push into production data centers in 2017. The question now becomes, how many IT enterprises are ready to abandon their currently deployed VM's to one that’s container oriented? We’ll have to wait and see.

Andrew has well over a decade of enterprise networking under his belt through his consulting practice, which specializes in enterprise network architectures and datacenter build-outs and prior experience at organizations such as State Farm Insurance, United Airlines and the ... View Full Bio
We welcome your comments on this topic on our social media channels, or [contact us directly] with questions about the site.
Comment  |
Email This  |
Print  |
RSS
More Insights
Webcasts
Bolstering Your Enterprise Cyber Risk Assessment
Disaster Recovery/Business Continuity in the New Normal
More Webcasts
White Papers
Intelligent Load Management
Future Proofing Your Network for 5G
More White Papers
Reports
Intelligent Outcomes Are Key to Business Resilience
Dark Reading Report: Battle for the Endpoint
More Reports