Is Google's move to an open source version of Oracle's Java Development Kit for upcoming Android OS development a way for the company to hedge its bets as its legal battle with Oracle continues to wind through the courts?

Google is changing the Java APIs in Android from current proprietary ones to the OpenJDK set. The OpenJDK APIs are the open source version of Oracle's Java Development Kit (JDK).

News of this was first broken by an Android commit that looked "mysterious," according to a thread on Ycombinator. The commit documents that it was first written in February 2015, and committed in November.

In an article this week in VentureBeat, Google confirmed its next Android platform won't implement Oracle's proprietary Java APIs.

"As an open-source platform, Android is built upon the collaboration of the open-source community," a Google spokesperson told VentureBeat. "In our upcoming release of Android, we plan to move Android's Java language libraries to an OpenJDK-based approach, creating a common code base for developers to build apps and services. Google has long worked with and contributed to the OpenJDK community, and we look forward to making even more contributions to the OpenJDK project in the future."

A discussion thread on Ycombinator's HackerNews was rife with speculation that Google's move toward OpenJDK is an attempt to defuse an ongoing legal battle with Oracle. After acquiring Sun Microsystems (the true father of Java) in 2010, Oracle sued Google for patent and copyright infringement over Google's use of Java in Android. 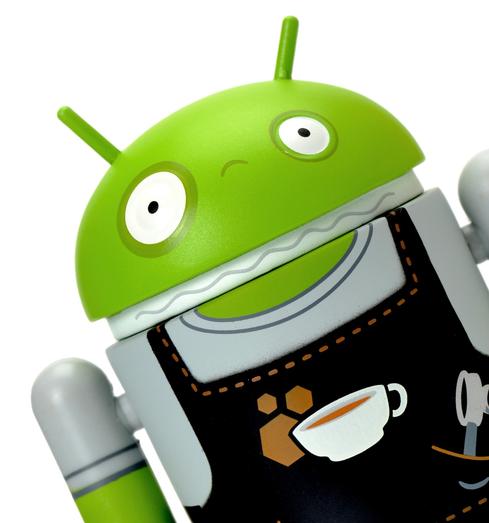 The ensuing legal battle continues to this day, with a series of appeals winding their way through the US courts. The latest arguments mainly center upon whether Google's use of Oracle's Java APIs in Android constitutes fair use under US copyright law.

In 2014, Google petitioned the US Supreme Court to consider an appeal in the case, but that request was declined by the court in June 2015. The case has been punted back to the lower courts to decide whether fair use applies in this case.

Meanwhile, we're left to wonder this move is a way for Google to hedge its bets against any potential damages that could result from an unfavorable court ruling. Basing future versions of Android on OpenJDK, rather than Oracle's proprietary JDK, is seen by casual observers as a way for Google to future-proof its Android operating system.

Larry Loeb has written for many of the last century's major "dead tree" computer magazines, having been, among other things, a consulting editor for BYTE magazine and senior editor for the launch of WebWeek. He has written a book on the Secure Electronic Transaction Internet ... View Full Bio
We welcome your comments on this topic on our social media channels, or [contact us directly] with questions about the site.
Comment  |
Email This  |
Print  |
RSS
More Insights
Webcasts
Fintech at SaaS speed: Navigating the scale & security challenge
Disaster Recovery/Business Continuity in the New Normal
More Webcasts
White Papers
Research from STL Partners and Vertiv Reveals Why Telcos Should Prioritize Efficiency and Sustainability in 5G Network
Cloud Security Blueprint: Architectures and Solutions
More White Papers
Reports
The State of Malware Threats
Dark Reading Report: Battle for the Endpoint
More Reports

That makes sense, but it still makes me wnder just what MSFT thinks it has in Android.

If it is enabling (Android wouldn't work without it) they could control the use of the system. They haven't done that.
Reply  |  Post Message  |  Messages List  |  Start a Board

If Oracle prevails on this one the entire software field will suffer.
Reply  |  Post Message  |  Messages List  |  Start a Board

Yes, just so. Google did there own implementation of Java. Now the one used will be nonproprietary.
Reply  |  Post Message  |  Messages List  |  Start a Board

The case went back to a lower court after the Supes ducked it. Huge implications for the entire computer field in it. It ain't over until it's over. Yes Google is making sure Android will go on no matter what.
Reply  |  Post Message  |  Messages List  |  Start a Board

And it gives them the appearance of being on the side of the developers, too.

Not to mention sticking it to Oracle,
Reply  |  Post Message  |  Messages List  |  Start a Board
InformationWeek Is Getting an Upgrade!