8 Ways To Fail At DevOps
(Click image for larger view and slideshow.)

Microsoft announced Thursday it is open sourcing its PowerShell scripting language and command-line shell, making it available on Mac and Linux operating systems.

The company released alpha versions of PowerShell Core to work on Ubuntu, Centos, Red Hat, and Mac OS X, with promises to add more platforms in the future. Users can download alpha builds and view source code from GitHub.

This move marks Microsoft's latest effort to support customers living and working in a "multi-platform, multi-cloud, multi-OS world," explained Jeffrey Snover, technical fellow for the Microsoft Enterprise Cloud Group, in a blog post on the news.

PowerShell is built on Microsoft's .NET framework. It helps IT pros control and automate the administration of Windows and Linux operating systems, as well as the apps that run on them. Previously, Microsoft's enterprise focus meant .NET and PowerShell were only offered on Windows.

Snover explained how customers wanted to use PowerShell but were upset that it was limited to Windows. Because PowerShell is based on .NET, Redmond needed to bring .NET to other platforms in order to broaden the availability of PowerShell.

Microsoft is still in the early stages of this process, Snover said. The team began this project by open sourcing small sections of PowerShell and communicating with experienced open source partners to understand how they could succeed.

"What we learned, is that it is critical that individual users can use Git to check out code, make changes, compile everything on their machines and run all the tests to verify their change didn't break anything," he wrote.

This meant Microsoft had to make a big investment in its engineering, build, and test systems. It also created a governance model so the team had clear responsibilities and could incorporate community input into the final product.

While Thursday marked the alpha release of PowerShell, Snover noted in the future, Microsoft will deliver an official open source version of PowerShell to anyone running a supported version of Windows. Exact timing will be based on business needs and community feedback. 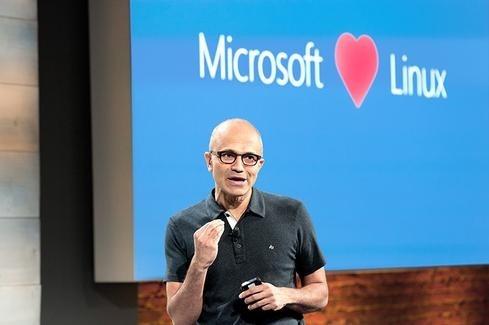 Under the leadership of CEO Satya Nadella, Microsoft has adopted the goal of wanting to be the preferred system for all workloads, both Linux and Windows. This approach has inspired several changes at Microsoft, including the availability of SQL Server for Linux users, which was announced in March 2016.

One month later, Microsoft announced the Bash shell from from Canonical's Ubuntu would run natively on Windows 10. The two companies collaborated to create the Windows Subsystem for Linux, which incorporated all Ubuntu user-mode code into the new OS.

Later in the year, Microsoft released an alpha version of its Skype app for Linux. This move demonstrated Microsoft's commitment to Skype on Linux following years of neglect. It also incorporated several improvements, including a faster UI and the ability to share files, photos, videos, and emoticons.

Kelly Sheridan is the Staff Editor at Dark Reading, where she focuses on cybersecurity news and analysis. She is a business technology journalist who previously reported for InformationWeek, where she covered Microsoft, and Insurance & Technology, where she covered financial ... View Full Bio
We welcome your comments on this topic on our social media channels, or [contact us directly] with questions about the site.
Comment  |
Email This  |
Print  |
RSS
More Insights
Webcasts
Disaster Recovery/Business Continuity in the New Normal
4 Practical Tips for Building a Data Lake
More Webcasts
White Papers
Must-Read Research: Why Sustainable 5G Networks are a 150-Year-Old Problem
Best Practices Guide to Containers/ Kubernetes Security
More White Papers
Reports
Why You're Wrong About Operationalizing AI
Are We Cyber-Resilient? The Key Question Every Organization Must Answer
More Reports