Enterprises that want to get started with blockchain will need to be prepared to overcome significant barriers - both organizational and technological.

By now, you've probably at least heard of blockchain. It's the secure distributed ledger technology that underlies cryptocurrencies. Enterprises are finding a lot of new ways to use blockchain, and experts believe that it will have a revolutionary impact on certain industries.

In its worldwide IT predictions for 2018 and beyond, IDC said, "By 2021, at least 25% of the Global 2000 will use blockchain services as a foundation for digital trust at scale." And according to Thomson Reuters, companies have already invested more than $1.5 billion in blockchain.

IDC predicts that those investments will continue and expects "blockchain ledgers and interconnections to evolve at a slow and steady pace over the next 36 months. Early adopters will have the opportunity to establish very strong positions in the ecosystem, while slower adopters will not be entirely boxed out but should be exploring use cases."

However, not all those early adopters are experiencing success.

A Deloitte analysis of GitHub data found that developers have created more than 86,034 blockchain-related projects, including more than 9,375 that were started by organizations. However, 92% of those of those blockchain projects had been abandoned, and only 8% were still being actively maintained by their creators.

For enterprises interested in using blockchain, the odds aren't good. Yet experts say that organizations can increase their chances for success by learning about the barriers associated with blockchain adoption and developing strategies for handling those challenges. Nine of those challenges stand out as being particularly troublesome.

At this early stage in its development, one of the biggest obstacles hindering adoption of blockchain is understanding what the technology can do.

IBM has been one of the early leaders in cloud-based blockchain services, and Jason Kelley, general manager of Blockchain Services for the company said, "A lot of our clients . . . are at the very beginning of wondering how to work with blockchain." He encourages enterprise IT leaders and business leaders to learn more about what the technology can and cannot do.

Other experts also highlight the need for more knowledge about the technology. According to a Deloitte report, "The principal challenge associated with blockchain is a lack of awareness of the technology, especially in sectors other than banking, and a widespread lack of understanding of how it works."

Once business leaders understand what blockchain can do, they next need to figure out what to do with it and why. In a survey conducted by the Post-Trade Distributed Ledger (PTDL) Group (a financial industry group heavily involved in blockchain), 55% of those surveyed said the lack of a clear business need was one of the most significant barriers to wider blockchain adoption.

To overcome that challenge, Kelley tells his clients to start with a business outcome. "We want to make sure that they're not part of the hype cycle, that people aren't trying to point some piece of technology at a problem that doesn't need that technology," he said. "We always talk about 'run after a business outcome that is helped by the blockchain capability versus taking blockchain and running around trying to find a problem it adds value to.' "

In order to make blockchain work, you have to work well with others. "Blockchain is a team sport," said Kelley. By that he means that blockchain requires networks. While some blockchain networks consist entirely of internal nodes inside one organization, most require multiple organizations to work together. But obtaining widespread agreement on technology and processes is tremendously difficult.

That's probably why the PTDL Group survey found that the number one most significant barrier to blockchain adoption, cited by 78 percent of respondents, was the lack of industry adoption.

Blockchain doesn't just require people to work together, it requires people to do new things. As Deloitte noted, "A blockchain represents a total shift away from the traditional ways of doing things," and that shift can be "deeply unsettling."

Kelley estimated that when it comes to implementing blockchain "the technology is as little as 10% of the challenge in making things happen." Cultural and organizational hurdles often pose much greater difficulties. Enterprises that begin experimenting with blockchain need to be aware that facilitating those cultural changes requires deft management and true leadership.

Because blockchain is so new, most country's regulators don't yet have any rules or laws in place to govern how the technology is used. While too much regulation can hamper innovation, having no regulation at all leads to uncertainty. As a result, organizations are sometimes hesitant to adopt new technology until they are sure what will be allowed. This is a particularly important concern in the financial industry, and the PTDL Group survey found that 56% of survey respondents considered the lack of regulation a major barrier to blockchain adoption.

Tim Thurman, chief digital officer at Paysafe, a company focused on payment platforms, said in an interview that his organization is experimenting with blockchain but hasn't yet rolled out any blockchain-related products or services. He also pointed to the lack of regulation, either from governments or industry organizations, as a major hurdle for the technology. "I think the idea that there needs to be some more formal regulation put around the technology and the uses of the technology — that's the big challenge now," he said. 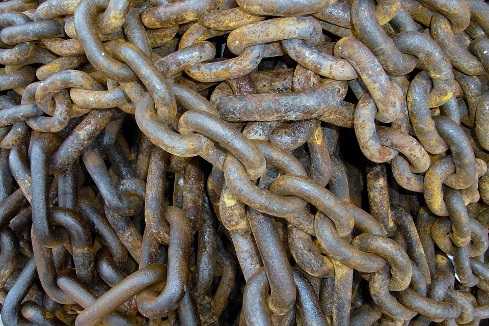 Thurman also noted that blockchain still faces some technological challenges that will need to be overcome before adoption becomes more widespread. Specifically, he pointed to the problem of throughput. "Blockchain itself is limited in terms of throughput," he said. "Looking at trying to use blockchain technology for an exchange, for example — the throughput on an equity market is probably 3,000 to 4,000 tps [transactions per second]. But we all know that with traditional blockchain you are limited to a fraction of that."

Similarly, in a blog post, blockchain engineer Preethi Kasireddy listed scalability as one of the big technical challenges facing blockchain. As a trusted network adds more nodes, each of those nodes must record all of the transactions processed by the network. If the network becomes too big, it simply can't keep up.

Until these challenges are overcome, blockchain will be limited to smaller networks processing fewer transactions.

Kasireddy's blog post also listed the lack of development tooling as one of the major hurdles for the technology. "It goes without saying," she wrote in bold type, "that the developer tooling currently available for the blockchain ecosystem is unacceptable."

Specifically, she said that the blockchain ecosystem still needs an IDE with good linters and plug-ins, a build tool and compiler, a deployment tool, documentation, testing frameworks, debugging tools, logging tools, security auditing and analytics. While some versions of these tools exist, she says they aren't yet adequate to meet the needs of developers. And getting all those tools in place is going to be a very tall order for the blockchain ecosystem.

Although many blockchain implementations are based on open source technology, blockchain isn't free. Keeping track of transactions requires hardware, networking bandwidth, electricity and processing power. Because a blockchain ledger is distributed, transactions aren't just processed once — they are processed on every single node in the blockchain network. As a trusted network grows, the associated costs skyrocket. For example, a Deloitte report estimated that the costs associated with validating and sharing Bitcoin transactions exceed $600 million per year — not including hardware. There are also high costs associated with hiring talent to develop blockchain applications. All those expenses can put up some barriers that prevent smaller organizations from experimenting with the technology.

Enterprises that want to develop blockchain applications face another significant challenge: hiring developers with blockchain skills. According to a recent article in TechCrunch, "Blockchain-related jobs are the second-fastest growing in today’s labor market; there are now 14 job openings for every one blockchain developer." That demand is putting upward pressure on salaries, which in turn, further increases the costs of blockchain development.

However, the PTDL Group survey found that the lack of talent might not be as significant as some have suggested. Only 23% of those surveyed said the lack of available talent is hindering blockchain adoption.