Bain: Is Container Use Optional? Probably Not - InformationWeek

Containers are less an option and more an essential technology for achieving the agile company needed to survive in the digital economy.
More on DevOps
Live at Interop ITX

Containers, frequently portrayed as an experimental or optional technology, are likely to be an essential ingredient in transitioning traditional companies to the emerging digital economy, concludes a study by Bain & Company.

The Bain authors of For Traditional Enterprises, The Path To Digital And The Role Of Containers come to several surprising conclusions. It's understood that containers are useful in building next-generation applications based on microservices. Bain says they're also good for transitioning 20-year-old, monolithic applications. 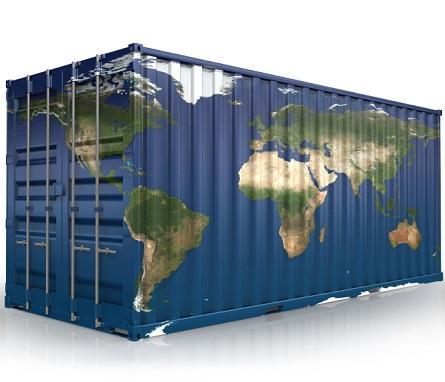 Traditional companies seeking to avoid being disrupted by competitors and move to a more service-oriented and agile position in their marketplaces will inevitably turn to containers, the authors also concluded. That's mainly because containers are useful in building software that will change frequently but is still required to run in a highly reliable fashion. Without them, the agility sought by many companies today will be harder to achieve.

Part of the reason that's true is because Docker came up with a way to format an application and its dependencies in software layers, with one layer able to be updated without the others needing to be disrupted. Placed in a Docker container, an application can be shipped across a network and its basic requirements recognized by a new host, provided the host is running the version of Linux for which the container was constructed. The resulting mobility, upgradeability and reliability give container users an edge over other means of handling software, according to Docker advocates. It's a conclusion that Bain & Company endorses in its report, although it mentions Docker several times in passing without stopping to specify its technical attributes.

Windows Server 2016 released last fall can now also recognize Windows containers based on the Docker format and host them in data center operations, a move that's likely to expand the share of the data center in which containers are employed, a development that the report did not refer to.

Bain & Company surveyed 449 business executives and IT managers in multiple U.S. industries earlier this year to produce the report. Bain & Company is a consulting firm with 53 offices in 34 countries and claims it bases its fees on customers' results, not just advice. The report was written by Jeff Taylor, a Bain partner in Boston; Paul Renno, a Bain partner in San Francisco, and Jesse Klein, a Bain manager in Boston. All are members of Bain's Technology Practice.

Red Hat sponsored the report because it was an early backer of the Docker approach and is heavily invested in a development platform for the digital age, OpenShift. It further hopes that container deployments will occur on hosts running its minimized Atomic Host version of Red Hat Enterprise Linux. But other means of using Docker and containers also exist and the conclusions of the report apply to them as well, including Docker's own Docker Platform and the open source Cloud Foundry system, as well as the Ubuntu or CoreOS Linux for container hosts.

Among other things, the report said:

1.Traditional companies vary widely in how far they've progressed toward digitizing operations, which includes speeded up app dev and adopting analytics. Those in the top 15% of making progress were eight times as likely to have increased revenues faster than their industry's average than those in the bottom 15%.

4.Early adopters of containers claim an operational savings of 5-15%, due to hardware and process efficiencies. Containers are more efficient than virtual machines in needing less memory and other resources initially and they have less overhead in running processes.

5.Containers work well for stateless and microservice-based applications, such as those found on Web sites, and increasingly for "more difficult to containerize, stateful applications," such as a traditional database app. Dell found its still-useful, 20-year-old, monolithic systems management tool could be successfully containerized.

6.Currently, the top container use is for Web applications. Three years from now, the priority will be containerizing custom database applications and business intelligence, reporting and dashboards.

7.For at least the next three years, containers will co-exist with, not replace, virtual machines. The preferred deployment method today is to put containers inside the harder boundaries of a virtual machine. Container users will do so over the option of putting them on a bare metal server.

The trio also appears to be aware that business thinkers are saying traditional enterprises must make the transition into the digital age or risk being disrupted. There's also a body of opinion that says IT services in the business must transform themselves as the business also transforms. But that leaves a which-comes-first, the chicken or the egg, question. Should the business seek to transform its IT infrastructure, then let the new IT lead the way into the digital economy? Or do line of business managers and product managers define how the business operates in the new age, then insist on IT services that allow them to get to it?

The Bain & Company authors seem to offer their own answer from out of the survey. The path to the digital economy is now well defined, and companies on that path "prioritize investments in operating model changes to improve decision rights, talent management and collaboration," as well as in the core IT architecture. The two must proceed concurrently but the needs of the business transition are likely to define where the next immediate technology priority lies.

To be ready to meet that priority, the IT staff "must invest in technology that delivers adaptability, resilience, speed and the ability to use analytics for better-informed decisions" that improve operations and the customer experience, the report said.

For the IT manager, there are still a lot of mile markers to be defined and routes to choose. But having the business managers fully engaged in getting to a newer, more digital company will help define priorities, and once defined, IT has a chance to execute on them and move on to the next step of what both parties think needs to be done.

The Bain authors aren't sure whether containers will match virtual machines' rapid march into the data center, displacing the virtual machines themselves, although that remains a possibility. Regardless, "as container usage continues to evolve and containers become more applicable, we see them becoming an increasingly attractive option for companies across many industries as they struggle to meet the intensifying digital imperative," they said.

Charles Babcock is an editor-at-large for InformationWeek and author of Management Strategies for the Cloud Revolution, a McGraw-Hill book. He is the former editor-in-chief of Digital News, former software editor of Computerworld and former technology editor of Interactive ... View Full Bio
We welcome your comments on this topic on our social media channels, or [contact us directly] with questions about the site.
Comment  |
Email This  |
Print  |
RSS
More Insights
Webcasts
Bolstering Your Enterprise Cyber Risk Assessment
Disaster Recovery/Business Continuity in the New Normal
More Webcasts
White Papers
Zero Trust Journey + Approach Infographic
A Practical Guide to Enabling 5G Deployments
More White Papers
Reports
A Decade of Passive DNS
The State of Cybersecurity Incident Response
More Reports