Scaling Up Scala: Why We Started a Bootcamp for New Developers - InformationWeek

When it's tough to find developers with experience and training in a specific programming language, consider doing an in-house boot camp.

Last summer we had a problem. Growing fast and building out a complex adtech product that handles more than one million requests per second, we needed to hire more engineers than ever before. However, since our core programming language -- Scala -- was still up-and-coming relative to incumbent languages, there wasn’t a deep market for developers with that background.

Not only did we have to onboard more than two dozen developers, but we also had to figure out a way to train them all in Scala. Assigning individual mentors to help these software engineers and data scientists translate their experience with C++ and Java into working in Scala was far from efficient. Training them fast, as a group, was our best option. So, we set up an internal bootcamp with a goal of giving our incoming class a jumpstart on their Scala skills.

Your company may face a similar challenge, especially if you’re running engineering at a start-up. Why? Developers have limited time to learn multiple programming languages, yet there are hundreds of such languages to choose from. Apple has Swift. Facebook has Hack. Google has Dart and Go, and could introduce more any day. With such a bounty of languages it’s all but guaranteed the developers you hire won’t have the precise skills your company needs on day one; if they do, it’s likely that your hiring funnel is far too constrained. We’ve seen first-hand that, with the right set-up and know-how, bringing the bootcamp experience in-house can alleviate these problems and open new doors for your engineers. 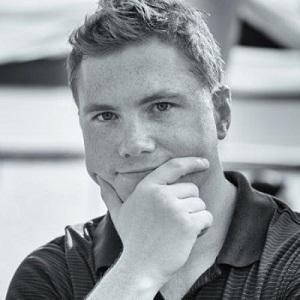 Starting your own Scala School

Since last summer, we’ve conducted three bootcamps for dozens of engineers. Four core lessons we learned may help you in the design of your bootcamp:

And the report card says ...

A well-designed bootcamp can also become a fringe benefit for the participating developers. At Tapad, every engineer who’s joined us can add Scala -- and the functional coding skills that come with learning it -- to their resume without having to pay hundreds or thousands of dollars for similar training. We’re attracting better talent (and delivering better software) as a result. In the words of one of our participations, the program “provided a solid foundation that afforded me the skills needed to grow quickly and make a productive impact on our team.”There’s no reason your company can’t do the same.

Toby Matejovsky is Senior Director of Engineering at Tapad, where he has helped scale the ad-tech company to its current state. His other experience includes four years of teaching software development courses in professional settings, including NYU's Courant Institute of Mathematical Sciences.Connect with Toby on LinkedIn or follow him on Twitter, where he posts as@tobym.

The InformationWeek community brings together IT practitioners and industry experts with IT advice, education, and opinions. We strive to highlight technology executives and subject matter experts and use their knowledge and experiences to help our audience of IT ... View Full Bio
We welcome your comments on this topic on our social media channels, or [contact us directly] with questions about the site.
Comment  |
Email This  |
Print  |
RSS
More Insights
Webcasts
The Failures of Static DLP and How to Protect Against Tomorrow's Email Breaches
How Elite Analyst Teams are Transforming Security with Cyber Reconnaissance
More Webcasts
White Papers
What To Consider Before Renewing Your SD-WAN
SANS Report: Measuring and Improving Cyber Defense Using the MITRE ATT&CK Framework
More White Papers
Reports
Are Unprotected Cloud Databases Leaking Your Data?
2020 State of DevOps Report
More Reports

Development, programming nowadays is very popular. Look at this research of most popular programming languages  -