The Scrum Guide Gets An Update - InformationWeek

The Scrum Guide has been updated for the first time in three years. The big change? Values.

If you work in an agile development environment, you know about scrum. Even if your team works in a different framework, such as kanban, scrum is the framework that everyone understands. Now, the defining document of scrum, the Scrum Guide, has been updated for the first time in three years. While the update is relatively small, it's very meaningful.

Ken Schwaber and Jeff Sutherland, the people who initially developed scrum, are also responsible for the update. According to a press release from scrum.org, the addition to the Scrum Guide, a section on values, happened because of input from the scrum community. In a telephone interview, David West, product owner at scrum.org, said the three-year gap in Scrum Guide updates was not an accident. "The last thing we need are another bunch of people espousing that 'you must do this' or 'you must do that.' The scrum community in general have been slow to bring things back into the guide."

The Scrum values included in the new version of the guide are:

These values contribute to the agile pillars of:

In the press release issued by scrum.org regarding the update, Ken Schwaber is quoted as saying, "When the values of Commitment, Courage, Focus, Openness, and Respect are embodied and lived by the scrum team, the agile pillars of Transparency, Inspection and Adaptation come to life. We added these values to The Scrum Guide because successful use of scrum depends on people becoming more proficient in living these five values." 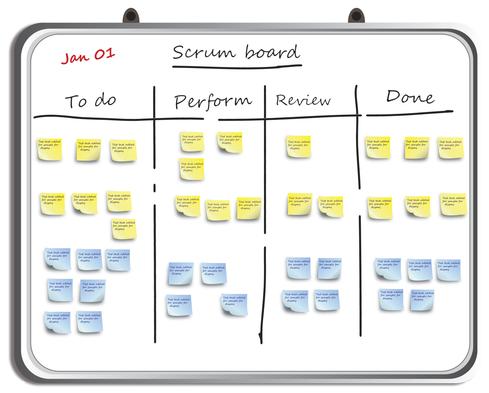 In our interview, West said the inclusion of values extends the relationship between the Scrum Guide and the Agile Manifesto. "The Agile Manifesto created a context. Scrum seems to have become the dominant way to make agile happen," West said. "The guide was very mechanical -- the events, what a daily scrum was. What was missing was the context between the original Agile Manifesto and the way in which people do things on a daily basis."

According to West, "The Agile Manifesto is about how we do things. It sets the scene, but it doesn't tell you how to work." The Scrum values are designed to put a bit of structure into the "how" of agile. "The reason they're back is that everyone was asking for them," said West. "I think they just extend the agile manifesto's original mark."

[ Agile is being used in departments far beyond IT. Read Agile Not Just For IT Anymore . ]

Ultimately, West said, the values are important because those working in a scrum environment tend to be more than coders. "We call it software engineering, but it's more like a craft," he said.

According to West, the scrum framework within the agile discipline is an effective way to build reliable enterprise software, but with caveats. "I can demonstrate that scrum will let us know that we're building the right software and see the software evolve," he said. "Do you have to be more skilled? Probably. Does it mean that you'll need to understand the problem more completely? Certainly."

For skilled software development craftspeople, values are important guides to building their scrum processes. With values part of the guide, the scrum community will weigh in to talk with Schwaber and Sutherland about whether the values stay, go, or expand as the agile development workforce evolves.

Curtis Franklin Jr. is Senior Analyst at Omdia, focusing on enterprise security management. Curtis has been writing about technologies and products in computing and networking since the early 1980s. He has been on staff and contributed to technology-industry publications ... View Full Bio
We welcome your comments on this topic on our social media channels, or [contact us directly] with questions about the site.
Comment  |
Email This  |
Print  |
RSS
More Insights
Webcasts
Monitoring Critical Cloud Workloads
Disaster Recovery/Business Continuity in the New Normal
More Webcasts
White Papers
A Practical Guide to Enabling 5G Deployments
Three Secrets to Stopping Ransomware Cold
More White Papers
Reports
[Tech Insights] SASE's Pandemic Boost Likely to Stick
Accelerate Threat Resolutions with DNS
More Reports